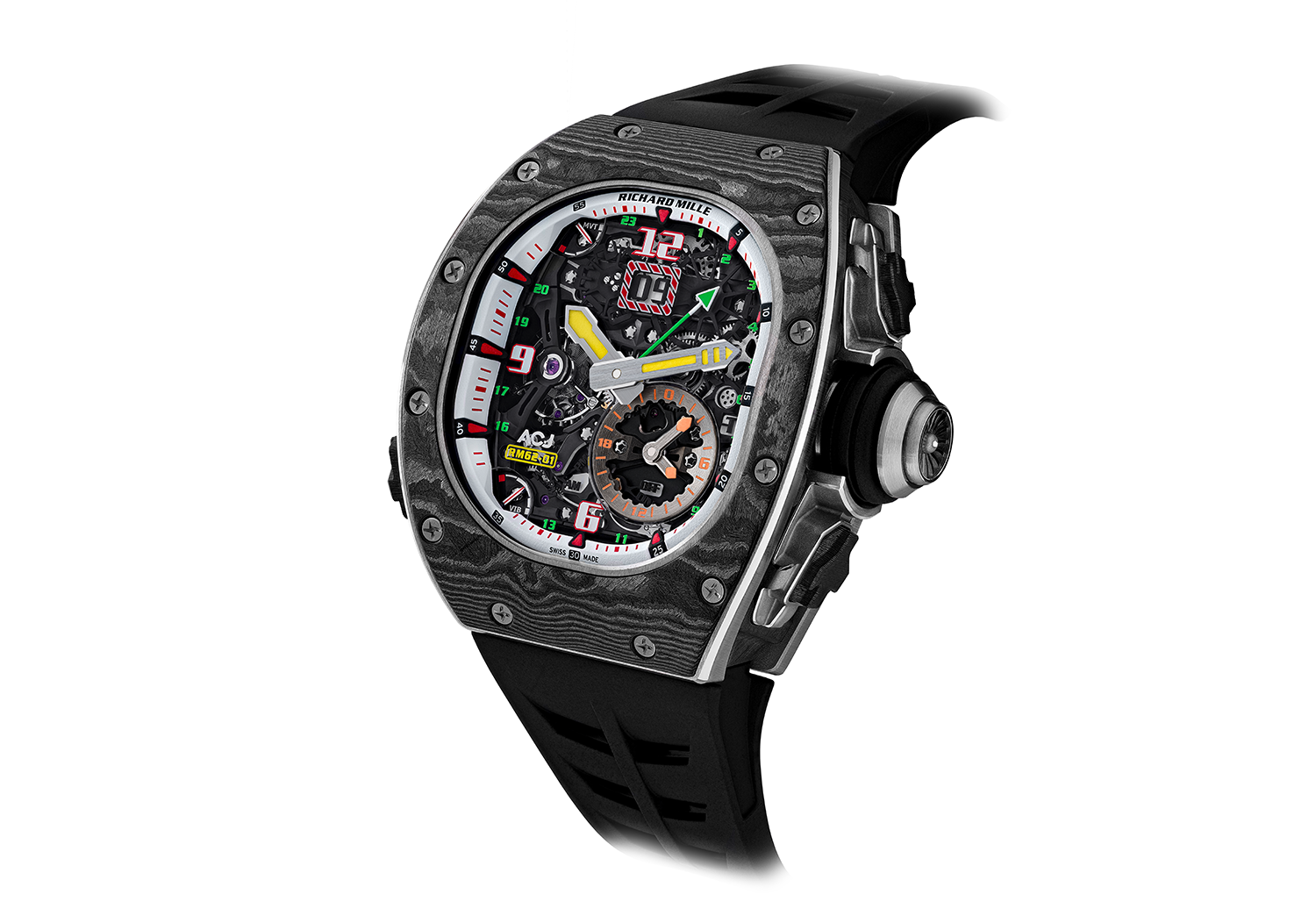 Richard Mille Just Released His Most Complicated Watch Ever

Now, the companies have released their second effort, the RM 62-01 Tourbillon Vibrating Alarm ACJ, the most complicated timepiece Richard Mille has ever produced (with a price tag to match: US$1,225,000 or A$1,770,000).

The watches in the 30-piece limited edition feature a caseback and bezel made of steel and titanium, with a second bezel, shaped like an airline window, machined from Carbon TPT, a high-tech carbon fibre composite impregnated with black resin. The timepiece embodies the principles that Richard Mille, the poster child of contemporary watchmaking, has become synonymous within his 18 years on the haute horlogerie scene: material experimentation, extreme mechanics and ergonomics.

Designed for travellers, the RM 62-01 is the ultimate example of discreet luxury: The alarm function works exclusively through vibrations. Instead of having a hammer create a sound by striking a pillar, a gong or the interior of the case, the time signal is transmitted by a vibration only perceived by the wearer.

Although the watch is easy to use—pressing the pusher at the centre of the crown allows wearers to toggle between five different functions: winding, hand setting, alarm setting, UTC setting and neutral position—the architecture that supports it, built by Richard Mille and the movement makers at Audemars Piguet Renaud & Papi, required “an absolutely singular technical approach,” according to Mille.

For example, in order to ensure that the alarm doesn’t interfere with the manual-winding movement, the watchmaker created four partial prototypes and performed countless studies to accommodate 816 parts, including two barrels, seven hands, 11 displays and the tourbillon cage.

But the craziest detail about the RM 62-01 Tourbillon Vibrating Alarm ACJ is this: One of Richard Mille’s four watch constructors worked full-time for five years, sometimes with the help of an additional constructor, to build it.