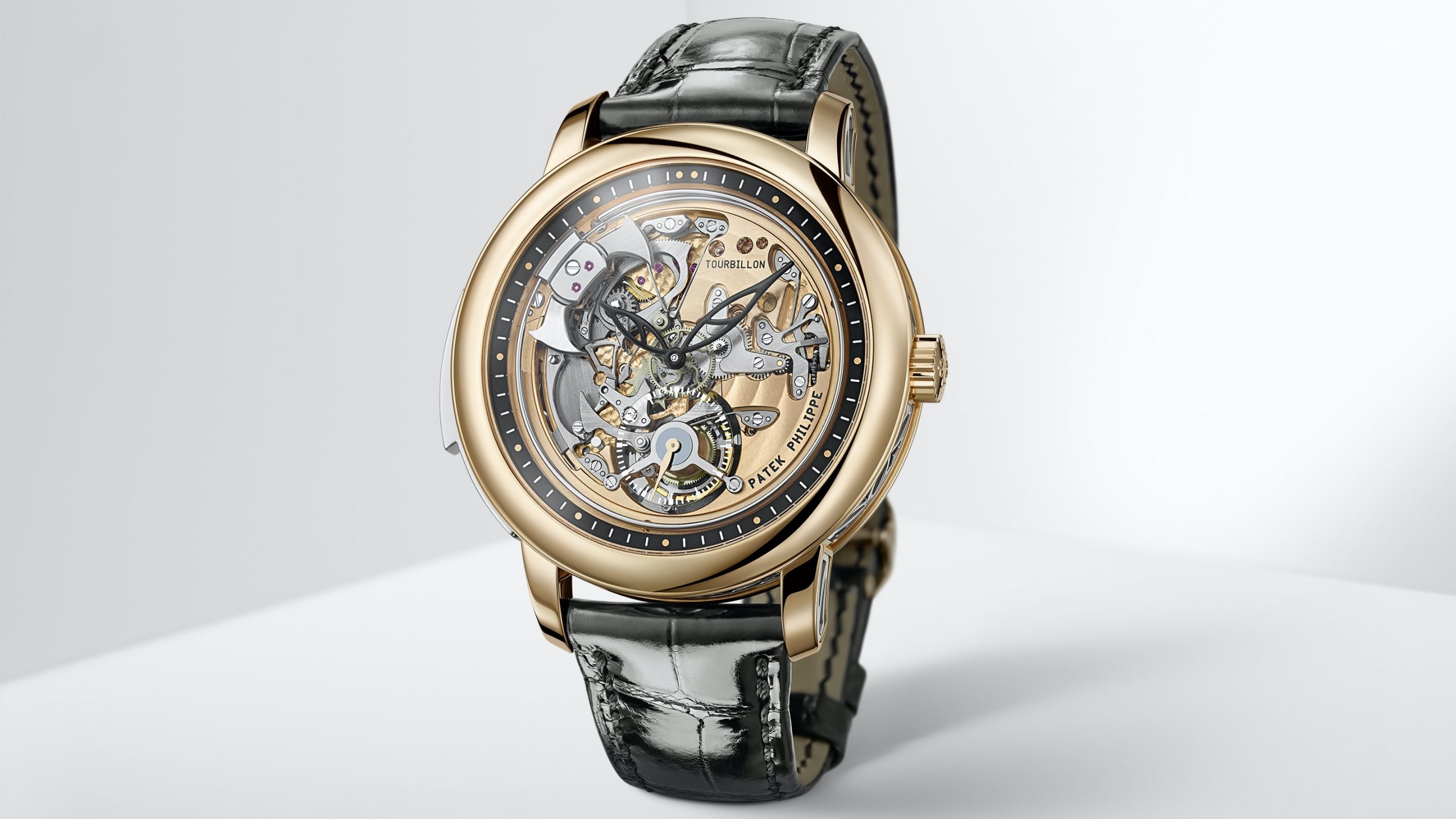 For its second watch release of 2020, the Swiss watchmaker updated three of its high-horology models in new iterations.

For its second big watch release of 2020, Patek Philippe brings three grand complications to the table. While it might seem unusual in a year fraught by a pandemic, the trio of watches is actually new variations on existing models. All feature either a new case material or a new dial. It might seem insignificant to technical junkies looking for a new movement, but the effect is significant in some pieces.

Most notably, there is a sleek new update to the Ref. 5303R, which was the grand reveal at the watchmaker’s Grand Exhibition in Singapore. The original 5303R-010, which was limited to just 12 pieces, was significant as Patek Philippe’s first minute-repeater wristwatch to display its mechanism on the dial side in its 180-year-long history. It uses the same base movement, the RTO 27 PS, as the Ref. 5104, 5204, and 5304, but the gongs and hammers, traditionally only visible through the cashback, were moved to the dial side.

“Our customers have been asking to have an open dial, but we’re not very fond of that—we like a very classical watch,” Philip Barat, Patek Phillipe’s head of watch development, told Robb Report in October during the exhibition. “But we said, ‘We think it could be a good idea with the minute repeater, because we can actually see something working and moving.”

It was certainly a departure in both principle and aesthetics for the buttoned-up brand. For Asia, the 5303 Minute Repeater Tourbillon (seen above), came with its movement on full display encircled by a red chapter ring with stars for hour markers, a red sub-seconds hand, and a black alligator leather strap with red stitching.

Thierry Stern, Patek Philippe’s CEO, noted that such a large investment had been made in the timepiece that more iterations were to follow and here we have its latest. In the new 42mm by 12.3mm 5303R-001, which is not a limited-edition but certainly limited in production (price upon request), it has been slightly subdued. The red accents have been replaced with black on the chapter ring (with small rose-gold dots for the hours instead of stars) and strap and the sub-seconds hand now comes in 18-karat rose gold.

Patek Philippe purists may be happier to see the new variations on the 5370 Split Seconds Chronograph or 5270 Perpetual Calendar Chronograph, which play closer to the brand’s DNA with a more subtle and refined aesthetic. The new 41mm by 12.4 mm Ref. 5270J-001 (approx.$ 241,830) has been updated, rather handsomely, for the first time in a yellow gold case. It has been in the company’s current lineup since 2018 in platinum and rose gold. Equipped with the caliber CH29-535 PS Q, it was the first chronograph with a perpetual calendar movement from the watchmaker when it appeared on the scene in 2011. It is the descendant of the now famous, and highly covetable Ref. 1518 dating back to 1941—an auction world darling, a rare 1948 platinum version of the 1518 with a salmon dial, from the personal collection of watch industry titan Jean Claude Biver, sold at Phillips Geneva Watch Auction XI for approx. $5.1 million in June.

Unlike the other two introductions, the 41 mm x 13.56 mm 5370P Split-Seconds Chronograph (approx. $376,545) came dressed in an entirely new dial. The rich blue grand feu enamel of the new 5370P-011 updates the black enamel, platinum-cased model introduced in 2015. The enamelling is done by hand on an 18-karat gold plate and at inception, this piece was the first split-seconds chronograph equipped with the in-house CHR 29-535 PS movement. Applied Breguet numerals circle the dial and leaf-shaped hands are accented in lume to highlight the high-gloss enamel. The chronograph functions are activated via two pushers with the rattrapante pusher integrated into the crown at 3 o’clock. As with the previous version of the 5370P, it comes encased in platinum with a small diamond between the lugs at 6 o’clock, but now has a navy alligator strap to match the dial.