Strap in for the famed horological jeweller’s latest.

Sure to be one of the most overtly technical and unique watches of the year, Jacob & Co. has unveiled its Twin Turbo Furious Bugatti La Montre Noire – a mouthful in honour of the missing black 1930’s Bugatti Type 57 SC Atlantic Coupé – aka, La Voiture Noire.

Jacob & Co.’s relationship with Bugatti – formalised last year – has already produced several new, bold timepieces, though this newcomer is arguably its most audacious, formed by 18-carat blackened gold and set with 22.97 carats of baguette-cut black sapphire, all invisibly positioned and totalling 344 stones.

A horological equivalent to the engines powering Bugattis past and present, the piece features a mechanical ‘donk’ comprised of an acutely complex 832 component movement – most of which are, yes, black. 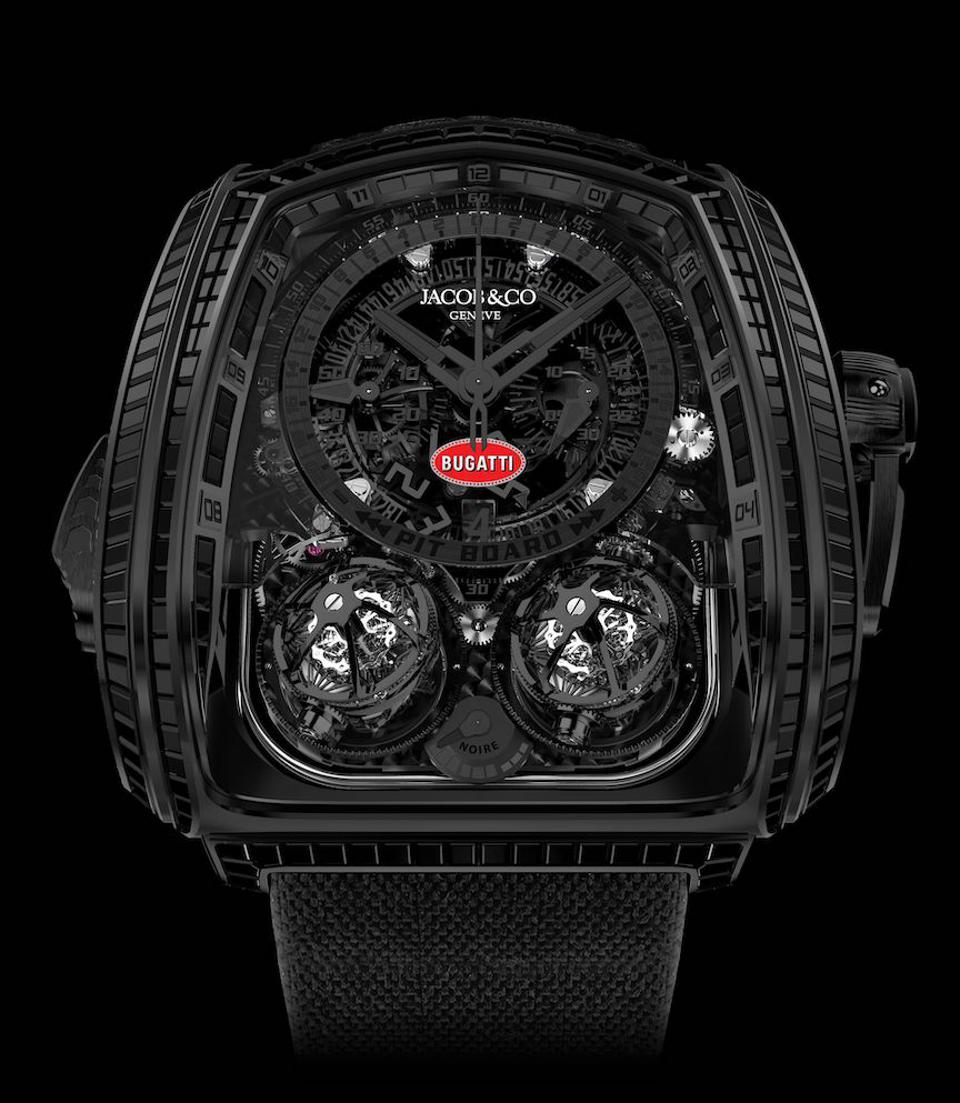 The Jacob & Co. manual winding JCFM05 calibre hosts two triple-axis tourbillons that rotate at different speeds and compensate for errors in timekeeping caused by gravity. It’s also equipped with a decimal minute repeater that chimes the time once per 10 minutes using hammers and gongs.

Not content, Jacob & Co. has also fitted the timepiece with a patented double mechanical safety feature – so as to not interrupt the chime sequence – along with a precise monopusher column wheel chronograph equipped with ‘reference time’ indicators inspired by racing pit boards.

Much like the mysterious La Voiture Noire, this timepiece is exceedingly rare and, at approx. $1.4 million, the price page to match.