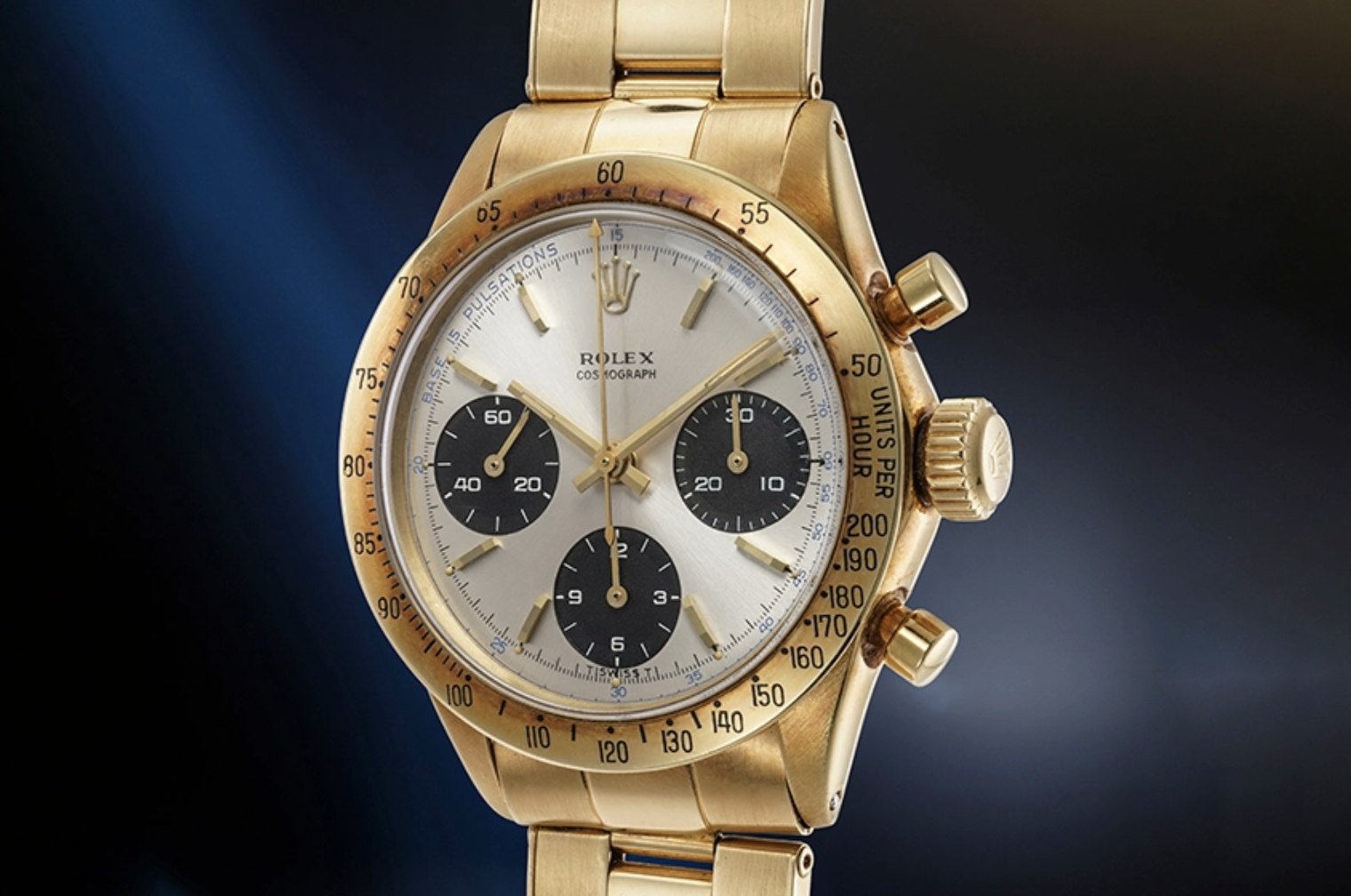 The rare Reference 6239 features a “Pulsations” dial to measure your pulse.

We all know Eric Clapton has good taste in guitars, but, apparently, he’s no slouch when it comes to picking a good watch, too.

Case in point: This coveted Rolex christened the “Crazy Doc” that will go under the gavel at Phillips this May. The wristwatch in question was formerly part of the musician’s collection and will be the star lot of the upcoming Geneva watch auction on May 7 and 8.

Billed as one of the most important Rolex Daytonas ever to be offered at auction, it is the only known yellow-gold Reference 6239 with a “Pulsations” dial. This means the outer track has a scale that can measure a pulse by starting the chronograph and stopping after counting 15 heartbeats in the case of the dial.

The English guitarist first acquired the watch in Italy in the ‘90s, before it was then sold at auction in 2003. The auction house says it has been well-preserved over the years, despite its tenure with rock royalty. As a result, the Crazy Doc is expected to realise in excess of $2.13 million. 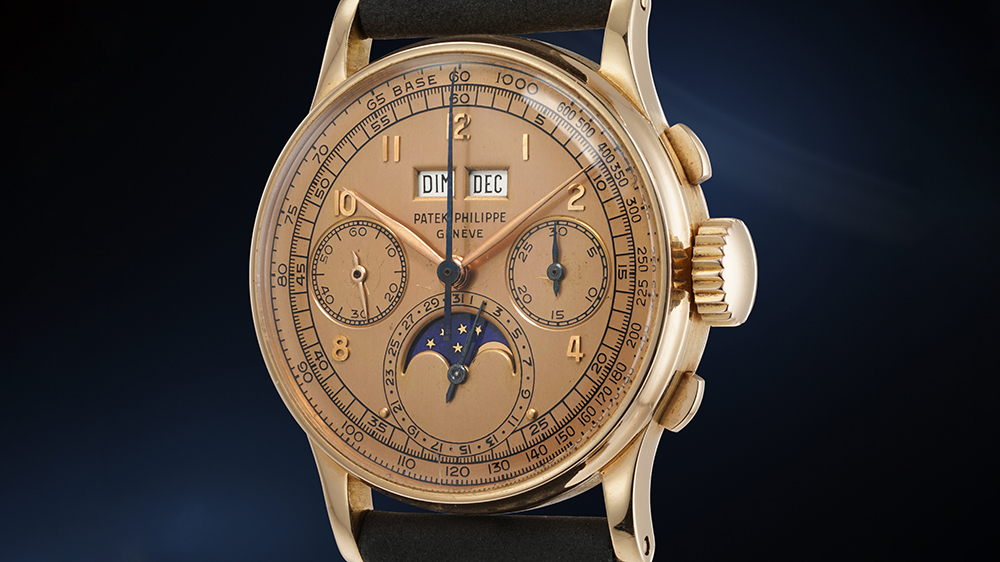 Patek Philippe Reference 1518 in pink gold and with a pink dial. Phillips

Presented in partnership with Bacs & Russo, the live sale, which will take place at the Hôtel La Réserve in Geneva, will feature an abundance of other notable wrist candy from big brands and independent watchmakers alike.

Another standout is a Patek Philippe Reference 1518. This has always been considered a top-tier timepiece, but there has been a market increase in the model in recent years. What’s more, this particular pink-gold example comes equipped with the sought-after pink dial. It comes courtesy of a private collection and is presented in pristine condition. Phillips predicts it will fetch between $1.73 million and $3.47 million. 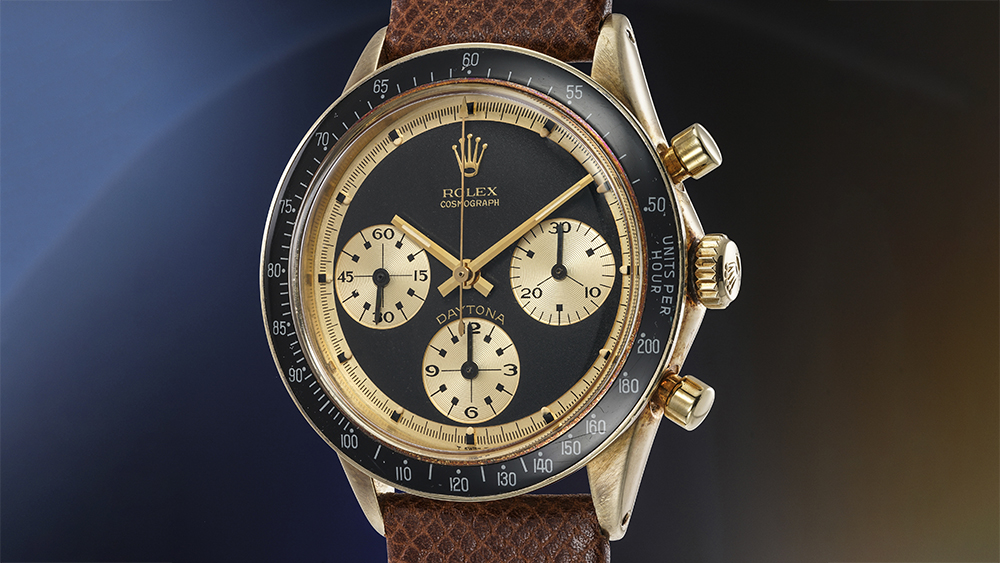 Of course, no good auction is complete without a “Paul Newman” Rolex Daytona, and the one on offer in May is a real humdinger. Reference 6241, also known as a “John Player Special,” is offered in exceptional and original condition. Considered one of the most exclusive variants in existence, it’s expected to hammer for between $1,000,000 and $2 million.

“These are watches that will attract the budding enthusiast and speak to the seasoned collector,” Alexandre Ghotbi, head of watches, Continental Europe & Middle East, and Tiffany To, head of sale, Geneva, said in a statement. “However, what they all have in common is their rarity, state of preservation and relevance.”