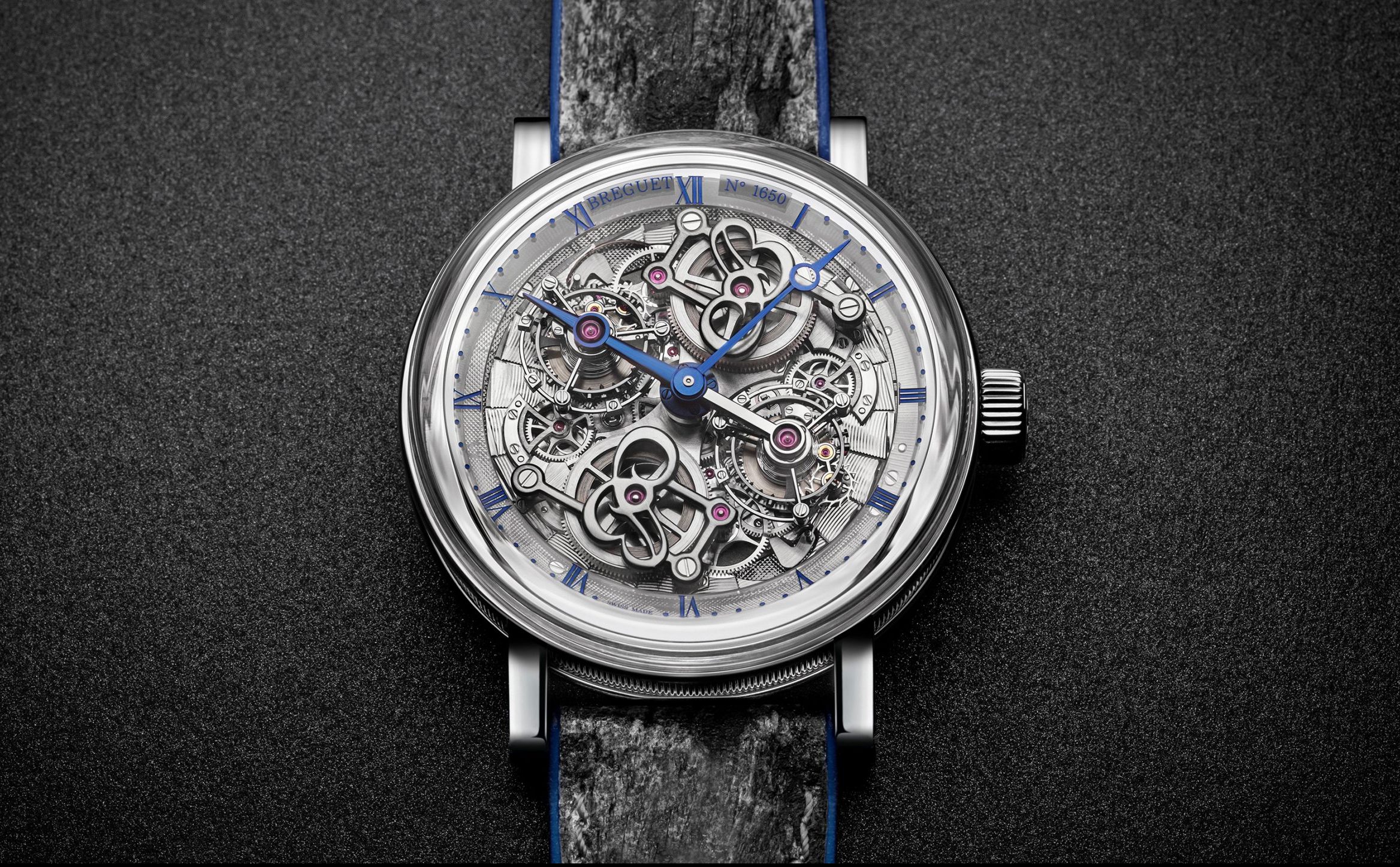 The Swiss manufacture draws on its Parisian history for latest piece of high horology.

Breguet is a Swiss marque steeped in history and storytelling – as exemplified in its stunning newcomer, the Classique Double Tourbillon Quai de l’Horloge.

The piece takes its inspiration from its founder’s French connection, specifically, no. 39 Quai d’Horloge, a central Parisian location where Abraham-Louis Breguet once held his workshop.

The new piece features Breguet’s latest version of the double tourbillon which, since its introduction as a complication in 2006, has become a mainstay of its tourbillon offerings. Here the double tourbillon has an orbit that sees it mounted on a movement plate that rotates the case every 12 hours with the upper tourbillon bridge blued to function as the hour hand. 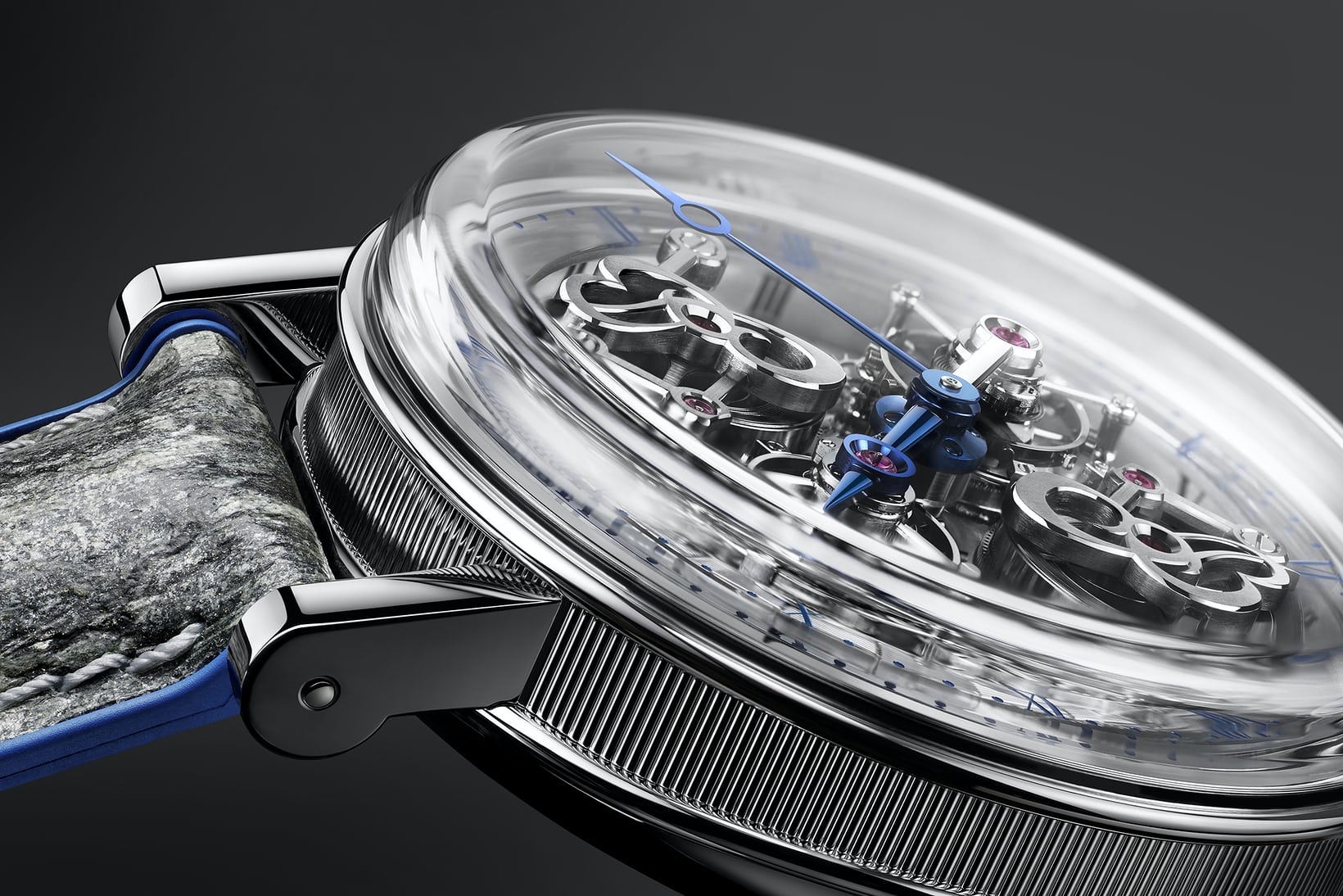 While Breguet has built a reputation for complex if classical and arguably discrete timepieces, here things are different given the boastful use of a platinum, coin-edged case that measures 46mm x 16.8mm via a domed box crystal.

The driving calibre 588N features overcoil balance springs and double mainspring barrels fitted with ornate Breguet “B” upper bridges, with the back equal in its enchantment – a detailed engraving that depicts the building at 39 Quai d’Horloge in the solid gold. 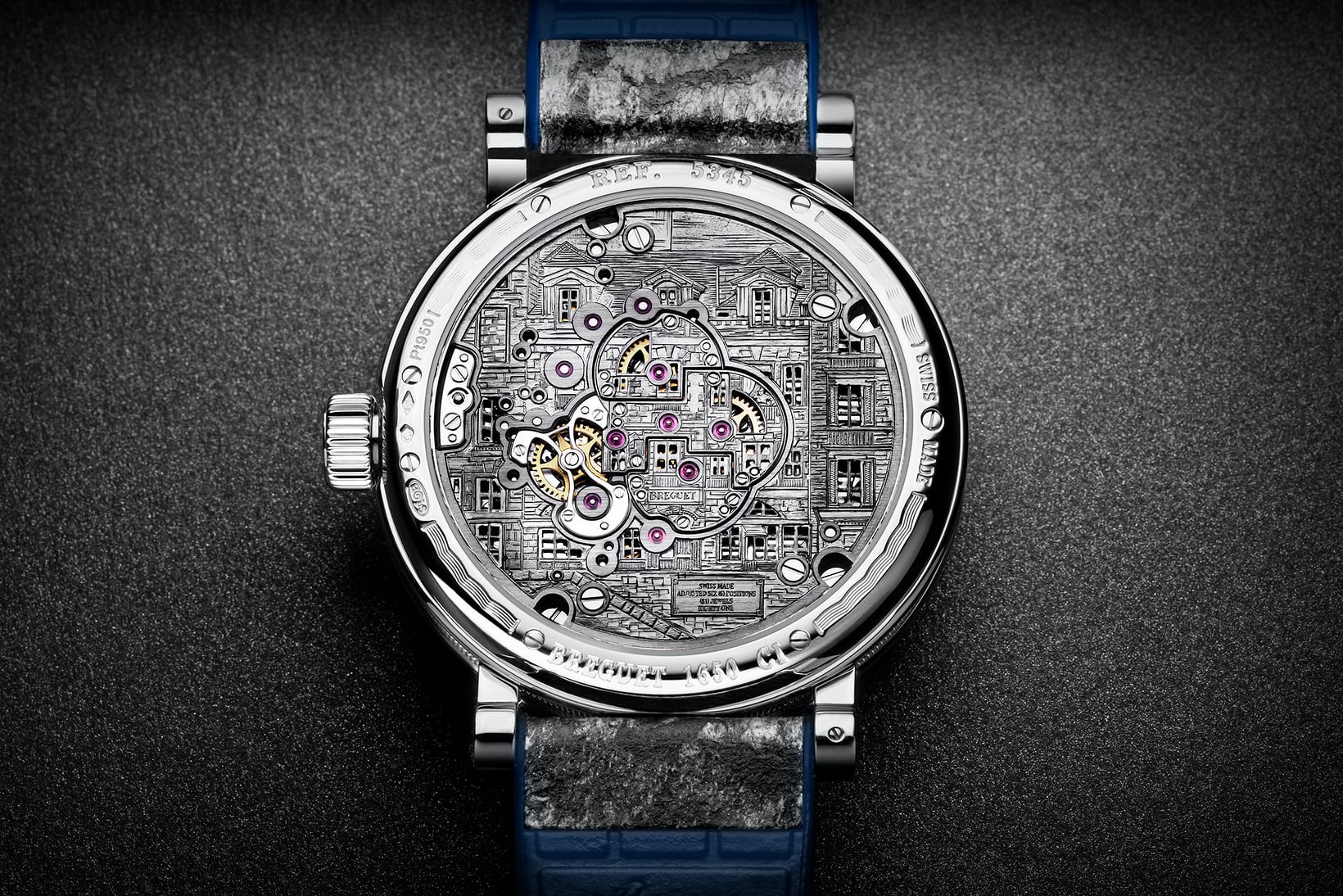 The watch is attached by a strap decorated with the pattern of actual slate, applied by pressuring the material onto a sheet of the mineral. While not strictly a ‘limited’ piece, production numbers will be limited, given the watch’s price, which is received on application.