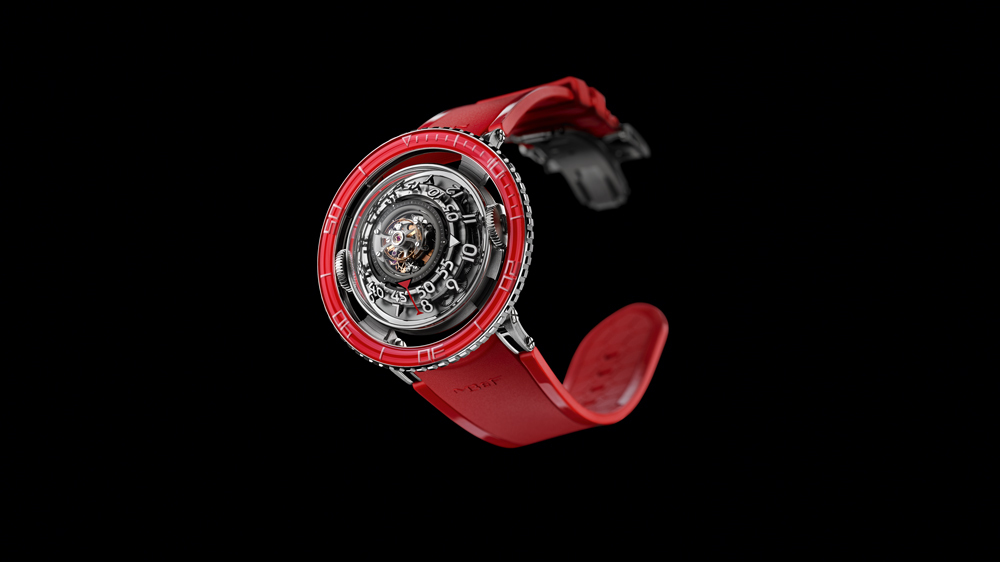 The platinum model with a striking red bezel is inspired by deep-sea jellyfish.

When MB&F introduced its first dive watch, Horological Machine No. 7, in 2017, the timepiece was predictably far-out. Designed to evoke a three-dimensional jellyfish—an idea born of founder Max Büsser’s childhood memories of playing on the beach—the HM7 Aquapod boasted a round case, its single concession to watchmaking convention. Everything else about the aquatic model was every bit as avant-garde as MB&F connoisseurs have come to expect, starting with its concentric and vertical architecture.

Now, the brand has unveiled the latest model in the series, the HM7 Aquapod Platinum Red (it was previously available in titanium blue, red gold and titanium green variants). The piece marks the brand’s first use of red, a colour most people don’t associate with the ocean. In its press materials, MB&F explains why it chose to use a bright red lacquer on the unidirectional rotating bezel (and on one of the three interchangeable rubber bracelets that come with the model; the piece also comes with black and white straps). 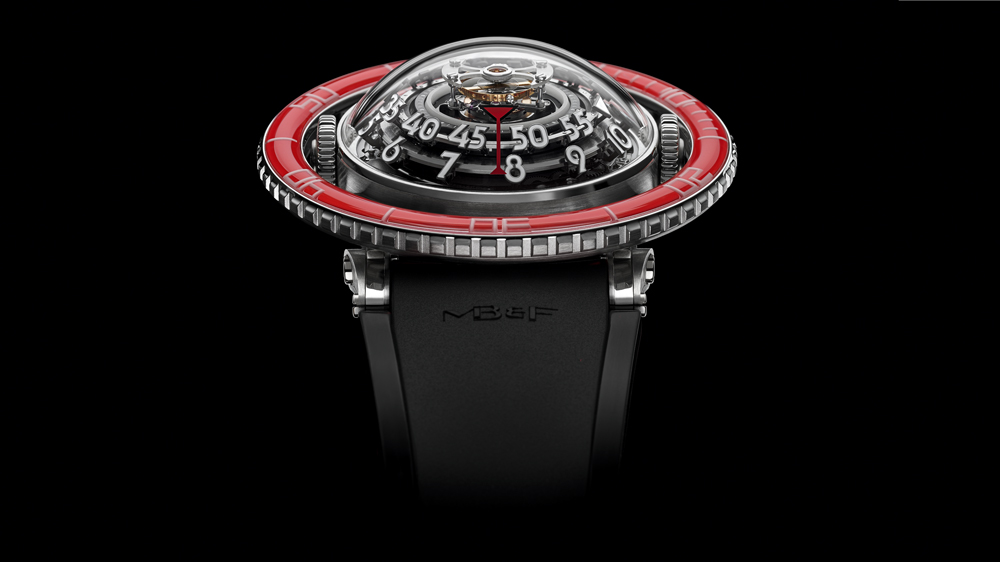 “The deeper you go in the ocean, the less colour you see. Red is the first colour to disappear, being on the lowest end of the visible light spectrum and thus most easily absorbed by water,” the brand says. “This is why you find a higher concentration of red sea creatures in the deepest waters—being red makes them almost invisible to predators.”

But the model’s unconventional good looks—enhanced by the silvery-white hue of its platinum case and three-dimensional, “floating” numerals sculpted in titanium—are nothing compared to its radical movement, which includes a winding rotor, mainspring barrel, hour and minute indications, and a 60-second flying tourbillon stacked, from bottom to top, around the central axis, a structure that allows for the hours and minutes to be displayed around the periphery of the movement. 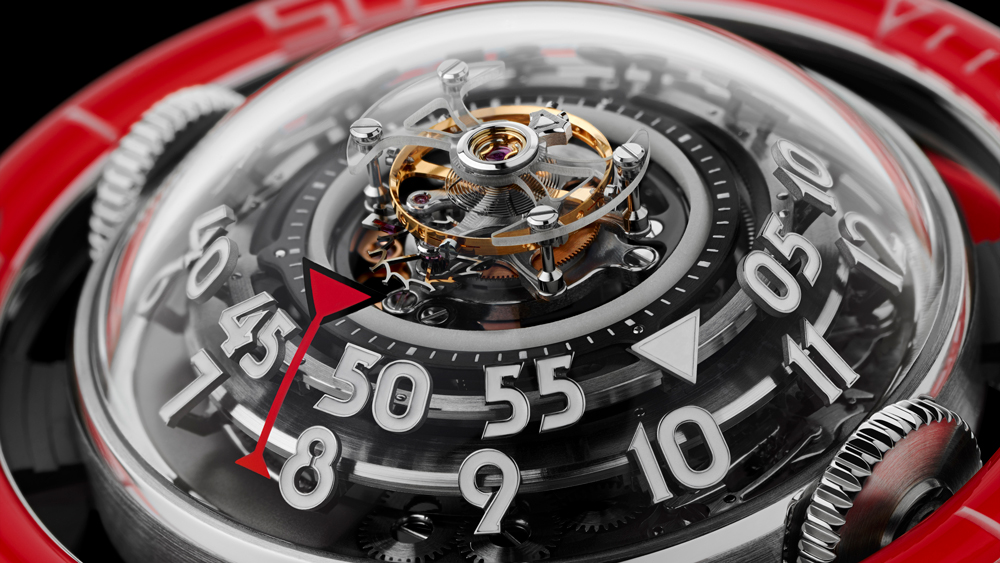 The “organism” or movement gets its energy from a tentacle-shaped winding rotor with 72 hours of power reserve.

A noteworthy detail about the tourbillon is that it features a bridge in sapphire crystal, whose transparency is meant to evoke the jellyfish’s diaphanous membranes. In order to remain faithful to the organism that inspired the model, the brand has bathed the piece in luminescent material, from the Super-LumiNova-filled numerals and markers to the AGT ring that frames the flying tourbillon. 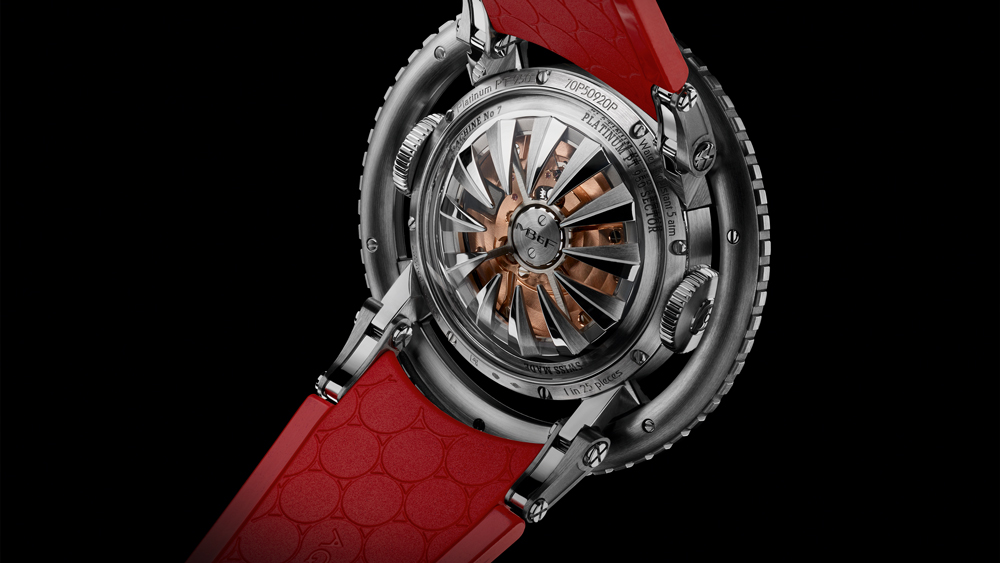 The HM7 Aquapod Platinum Red is available in a limited edition of 25 pieces, and retails for $235,000.