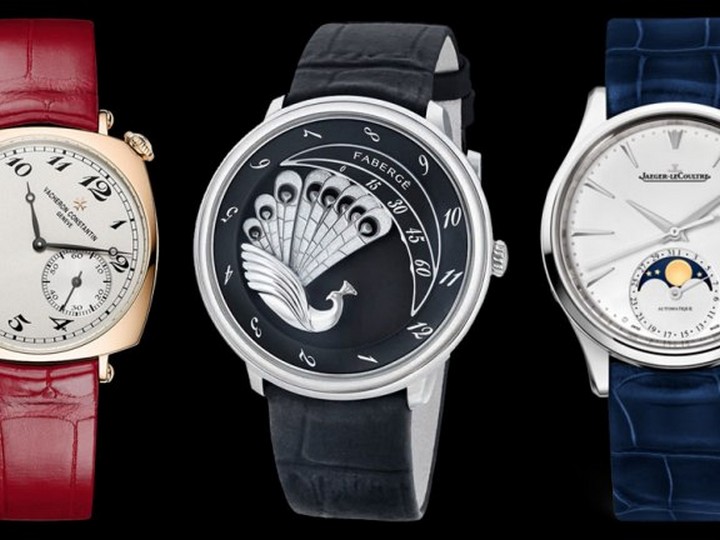 Of the many recent ladies’ releases that ditch gem-setting in favour of traditional watchmaking finishes, here are six of our current favourites.

Time and time again, we hear the same thing: “Why do all watch brands think that all women want their watches covered in diamonds?” Indeed, it’s asked by more women with a passion for horology than we can count. It’s no secret that many men at the helm of the Swiss watch industry remain a bit archaic in their thinking, but we are beginning to see a shift in how the women’s watch segment is being populated. Of the many recent releases that ditch gem-setting in favour of traditional watchmaking finishes, here are six of our current favorites. Of our many selections, the Little Lange was easily the first to come to mind. A. Lange & Söhne continue to put great effort into building properly complicated watches for the ladies’ category, and this piece is tantamount to that. Its guilloché dial is one of the best we’ve seen of late — and at 35mm, this isn’t simply a slim men’s timepiece that’s being marketed for all sexes. While we loved the gem-set variant of this watch that stole the show at the Grand Prix D’Horlogerie de Genève in 2015, the release of this vastly more discreet version in Basel this year was pure genius. The piece features the same retrograde minute indication and rotating hour disk, but rather than being a high jewellery piece, it is cased in stainless steel, bringing its price down to a somewhat modest US$34,500 ($A44,780). It doesn’t get much more iconic than the Audemars Piguet Royal Oak, and in this 37mm yellow gold self-winding guise (US$44,100 or $A57,250), it is a perfectly acceptable choice that says that you know more than a thing or two about fine watchmaking. Though there is also a 33mm version available, the 37 is the smallest size that uses a mechanical movement. Audemars Piguet continues to add more yellow gold to its repertoire lately, though the Royal Oak Selfwinding 37 can also be had in pink gold, steel, and a two-tone gold and steel finish. Though the Royal Oak line was refreshed in 2012 for its 40th anniversary, this new release from 2017 is a nod to the 40 years since yellow gold was added to the Royal Oak collection in 1977. Between its elegant guilloché dial and exposed tourbillon, the Classique Complications 3357 is steeped in watchmaking tradition, and scaled to a more palatable size for feminine wrists. Available in white, yellow, and rose gold, this is one of many horological gems from Breguet that brings haute horlogerie to the women’s watch category. Announced this past month alongside the new Triple Calendrier references, this new version of the Historiques 1921 (US$29,200 or $A37,900) marked the first time a ladies’ model was included in the brand’s much beloved Historiques collection. At 36.5mm across, the svelte hand-wound piece is a scaled down match to its siblings, and is powered by the same 4400 AS caliber. When most think of a classic Jaeger LeCoultre ladies’ watch, the first thing that comes to mind (of course) is the Reverso. We could have gone that route, but it seemed too obvious. Instead, this 34mm variant of the Ultra Thin Moon ($8,500) delivers a clean and understated dress watch that’s a modest 9.2mm thick. It also sports the tiniest bit of “bling factor,” with two minuscule diamonds set in the dial at the 25 and 35 minute marks.