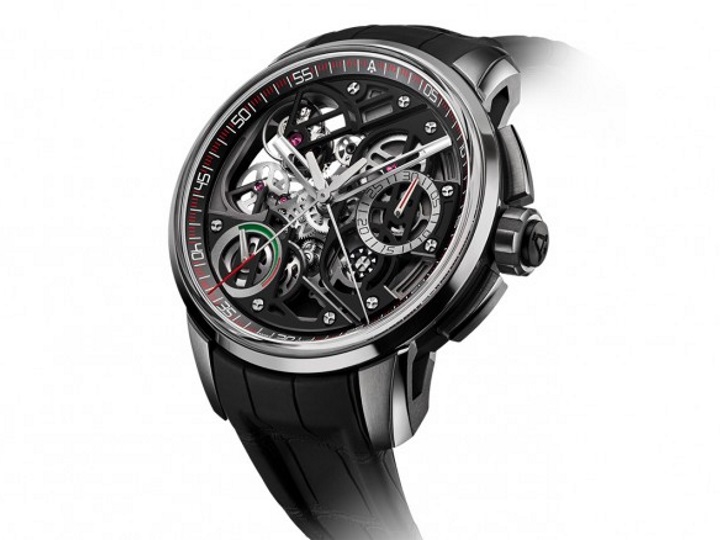 Each of the seven watches offers a level of finishing, functionality, or complication that is seldom seen for the same price.

Between the heavy propagation of steel watches and the ever-expanding list of watch brands adding less complicated (and thus more affordable) models to their collections, "bang for your buck" is the one trend more luxury watch brands than ever are embracing.

"This is _the_ new economic trend in our industry, and brands need to adapt." Stated Thomas Morf, CEO of Favre-Leuba, a recently rebooted brand whose vintage chronographs and dive watches from the 1960s and '70s have been gaining traction in the collector market. "It's not about being cheap, but perceived value is very important to collectors and consumers, and we all need to pay close attention."

And Morf is right — though overall sales are still on the decline, statistics from the Federation of the Swiss Watch Industry show that through 2016 and into the first quarter of 2017, sales of watches made from steel and other non-precious metals have been the least impacted. In February alone, year-over-year volume of steel watch sales declined 13.6 percent less than those made in precious metals (5.6 percent less versus 19.2 percent less).

Broadening our scope beyond the category of steel watches, we took a deep dive into a number of different segments, selecting seven incredible timepieces that lead their respective categories not necessarily by being the most affordable, but by offering a level of finishing, functionality, or complication that is seldom seen for the same price. Bulgari was one of a few brands at Baselworld this year that was not satisfied with simple changes to existing models. Its latest rendition of the Octo Finissimo Automatic has set a new record as the thinnest automatic watch in the world, dethroning Piaget from its long-standing reign over the ultra-thin realm.

Its movement measures a mere 2.23 mm thick (just a bit thicker than the manual-winding movement in an earlier Finissimo model), and thanks to the use of titanium in its case and bracelet, the piece is a true featherweight on the wrist. What's more, Bulgari didn't stop at the pursuit of slimness — it went to great lengths in redesigning the Octo's bracelet, notching its links at the clasp to ensure that wafer-thin profile was maintained throughout.

Having tried both examples in Basel, the bracelet is absolutely worth spending the extra money on. Unlike many release from the fair, the Bulgari Octo Finissimo Automatic is available now through select boutiques and retailers worldwide. (bulgari.com) First unveiled in 2016, the Angelus U30 Tourbillon Rattrapante, $US59,950 (about $A80,000), brings a particularly rare combination of complications to the table at a relatively modest entry price: a tourbillon, a flyback double column-wheel split-second chronograph, automatic winding, and a power reserve indication. Simple, right?

Cased in titanium, the U30 uses one of many impressive in-house calibres designed by Dr. Sébastien Chaulmontet, the former head of movement design for both Angelus and Arnold & Son. Not only does it showcase an incredible level of technical prowess from the brand's parent company, La Joux-Perret, but also a rare example of restraint in terms of pricing.

Considering Richard Mille's take on the tourbillon split — including his latest release from SIHH— teeters on the million-dollar mark, the U30 has value written all over it. (angelus-watches.com) Between the redesigned Sea-Dweller and new Cellini Moonphase that Rolex unveiled at Baselworld this month, you may well have missed the mention from Rolex that the redesigned Datejust 41 released last year is now available in steel, from $US7350 (about $A9800). As with last year's gold model, the crucial detail lies under the hood in the form of the Rolex calibre 3235.

The movement takes advantage of 14 new patents for the brand, including its Chronergy escapement and Parachrom hairspring, which together with other changes boost the calibre's power reserve to 70 hours while maintaining an impeccable accuracy of -2/+2 seconds a day. (rolex.com) When Christophe Claret announced the launch of the Maestro — its first-ever high-complication watch below $US100,000 (about $A133,500), not to mention its first to come in a daily wear–friendly case size — earlier this year, much of the industry was taken aback.

While nowhere near as complex as past offerings, the three-dimensional movement architecture housed beneath its giant domed crystal, which includes a conical date indication as well as a "memo" indication meant to remind its wearer of an important event, remains true to Claret's boundary-pushing design DNA.

Unlike other selections on this list, the Maestro does come in a pink gold variant as well as the titanium model shown, priced at $US76,000 and $US68,000 (about $A101,450 and $A90,770), respectively. Each variant will be limited to 88 pieces worldwide. (christopheclaret.com) As you may have seen in our recent coverage of the Master Control Chronograph, we're particularly fond of these new additions to the Master range for a couple of reasons. Aside from their increased visual appeal, which draws influence from the vintage realm, the Jaeger-LeCoultre Master Geographic also undercuts any other offering in the Master family with a second time-zone display by at least $US1400 (about $A1870).

Coming in at $US9400 (about $A12,550), the Master Geographic uses a quick-setting function set via a crown at 10 o'clock to allow its wearer to rapidly switch between time zones being displayed on its subdial.

The elegant steel piece is a remarkably versatile offering from Jaeger-LeCoultre that transitions from nine-to-five to weekender without issue, and according to the company, the response from retailers has been quite positive. In many cases, pre-orders are already being taken for an expected June or July delivery schedule. (jaeger-lecoultre.com) Easily the least-trafficked brand to make our list, the one-man operation of Nord Zeitmaschine has released a trio of cleverly executed timepieces that are more than worthy of a nod in the value category. Based out of a small workshop near Basel, Switzerland, Daniel Nebel started his career in tool building and prototype machining before applying his mechanical passion to the world of watchmaking.

By using the ETA's 2824 automatic movement as a base, and by running with very little overhead, Daniel is able to offer his elaborate creations at a fraction of what one would expect given the complex methods used to indicate time.

The Freesdial, $US23,500 (about $A31,370), is his most elaborate piece to date, and as you can see in the video below, relying on a static image to relay the impressive nature of Daniel's creations simply would not suffice. (nord-zeitmaschine.ch) Zenith has embarked on a significant push to adjust its pricing in recent years, and this latest and rather innovative chronograph is a prime example of these efforts.

The Defy El Primero 21, from $US9600 (about $A12,800) for a closed-dial version in titanium, uses an all-new calibre that runs two separate balances — one used for timekeeping running at an El Primero standard 36,000 vibrations per hour — and a second balance operating at 360,000 vph, which allows the chronograph to measure increments of a hundredth of a second.

Both balances have mainsprings made of Zenith's new carbon-matrix carbon nanotube composite. While the timekeeping portion of the movement is self-winding via its rotor, the chronograph is manually wound via the crown.

It's safe to say this new piece isn't particularly practical for day-to-day use, but we're thrilled to see this level of innovation being released without the usual stratospheric price of entry. (zenith-watches.com)