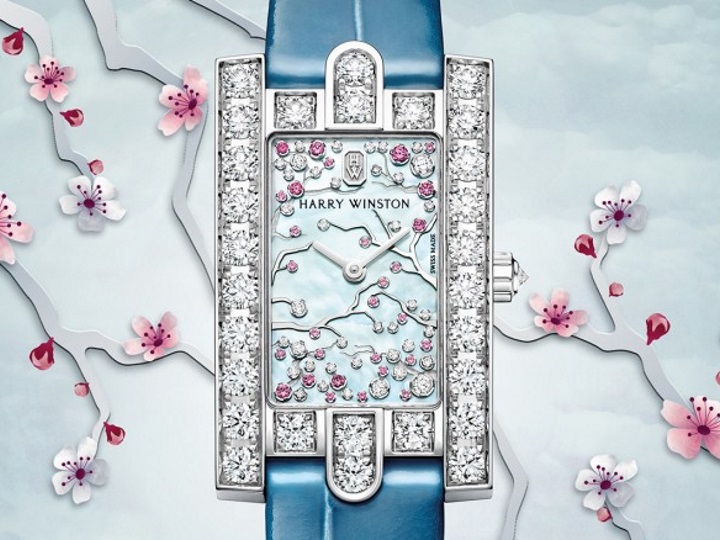 From Harry Winston’s more subdued approach to Jaquet Droz’s astounding automata, these are some of the best available.

The women's watch category is in full bloom, and it would seem for 2017, floral designs continue to reign supreme. More major brands than ever have jumped on the bandwagon, providing an ample assortment of timepieces from which to choose, ranging from the subtle to all-out statement pieces that rival _haute joaillerie_ creations.

Whether you prefer Harry Winston's more subdued approach, Jaquet Droz's astounding automata, or the three-dimensional artistry of Dior's latest and greatest, there are more exceptional options on the market than we have ever seen. Our first pick in the category is easily the least conventional design interpretation we have seen, with Chanel opting to use the architecture of the movement itself to create an expression of the camellia flower.

2017 marks the 30th anniversary of the Première collection, and the new range-topping Première Camélia Skeleton — powered by Chanel's second in-house movement — is a fitting nod to both this occasion and the brand's ongoing commitment to high-calibre watchmaking. Priced from $US118,800 (about $A160,900), the Première Camélia Skeleton can be set with 5.53, 7.82, or a hefty 22.66 carats of diamonds. (chanel.com) By bringing together the Fifth Avenue–inspired case of the Harry Winston Avenue collection and one of the most visually charming mother-of-pearl and gem set dials we've seen in ages, the new Avenue Classic Cherry Blossom, $US37,900 (about $A51,330) has quickly climbed our 2017 favourites list in the women's category.

The combination of varying sizes of brilliant-cut diamonds and pink sapphires provides ample sparkle against the iridescence of its dial without making the piece overtly bold or flashy. The quartz-powered beauty is expected in Harry Winston boutiques by June. (harrywinston.com) For the fourth instalment in the URWerk UR-106 ladies collection, Felix Baumgartner and Martin Frei also opted for a little floral inspiration. The UR-106 Flower Power, $US96,000 (about $A130,000), maintains its edgy, diamond-set nature, though it feels a touch more delicate than its predecessors.

Not only were four gem-set flowers added to the unique satellite complication, but the arms that support its satellites were reconfigured to an underside mounting to free up a bit of visual real estate. (urwerk.com) Like Harry Winston, CVSTOS opted for a mother-of-pearl dial upon which to apply its hand-painted flowers, though this is where the similarities between the Re-Belle Sakura and Avenue Classic Cherry Blossom end. The contemporary curvature of the Re-Belle's case provides ample real estate for its diamond snow setting.

Adding functionality to this artistic creation, the CVSTOS CVS-55 automatic calibre includes a large date at 12 o'clock, as well as a second time zone resting at 6 o'clock that is intermittently revealed through an aperture in the petal of a rotating flower subdial. (cvstos.com) Once again tapping its _haute joaillerie_ prowess for its watchmaking division, Dior unveiled eight new, unique timepieces in the Grand Soir Botanic collection in Baselworld this past March.

These pieces use an exceptional combination of opal, sapphire, mother-of-pearl, polished gold, and other precious stones to bring its beautiful three-dimensional floral artistry to life. (dior.com) Masters of the automaton, Jaquet Droz has expanded its Lady 8 Flower line this year to include two new versions boasting a striking setting of blue sapphires — 114 to be specific, weighing a total of 1.61 carats.

As with previous versions, engaging the Lady 8's automata brings its flower to bloom and makes it rotate. These latest variants will be limited to only eight pieces each worldwide, with deliveries starting this summer. ( jaquet-droz.com) The Richard Mille Tourbillon Fleur has not seen an update since its unveiling in 2015. However, when talking about watches and flowers it simply cannot be ignored. Operated by a pusher at 9 o'clock, the large flower on the dial opens to expose its flying tourbillon escapement.

Like all of the brand's numerous creations, this one uses traditional watchmaking techniques — though it is of course executed with the cutting-edge movement design and manufacturing that continues to win Richard Mille fans among horological enthusiasts around the globe. (richardmille.com)