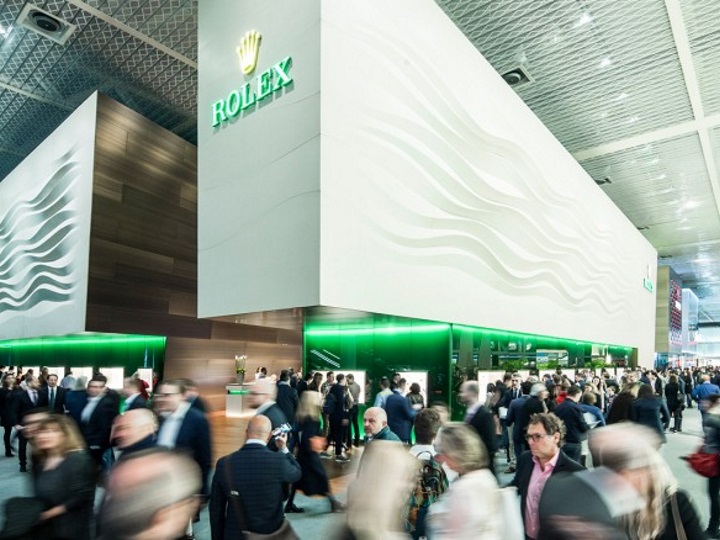 A number of the industry’s top brands unveiled new releases that caught most everyone off guard.

The annual Baselworld watch and jewellery show has come to a close, and once again, a number of the industry's top brands unveiled new releases that caught most everyone off guard.

On one hand, more brands than ever have become attuned to the market's demand for value, while others have effectively opted to swing for the fences and defy the well-travelled approach of "playing it safe."

By the end of the show, we had been introduced to no less than two world record–breaking timepieces, and a healthy dose of other new timepieces designed to satiate the ever-present demand for horological innovation. Of the many pieces that caught our eye, here are the four offerings we found to be the most unexpected of the show. On day one of Baselworld, Armin Strom unveiled an all-new digital customisation platform that puts nearly all past watch configurators to shame. While other brands were busy developing somewhat convoluted strap change systems, Armin Strom was creating the tools to allow clients to customise six pieces from their current collection with different coloured main plates, bridges, gear-train components, dials, and other components.

Launching with seven coloured finishes for movement parts and up to eight case finishes including steel, titanium, rose gold, and PVD black steel, the new customisation service, from $US9880 (about $A13,050), adds only a nominal cost above standard models. (arminstrom.com) When Patek Philippe unveiled their new Aquanaut Travel Time Ref. 5650G Advanced Research, so much attention was paid to its partially skeletonised dial — the first ever from the brand — that the achievement it was meant to showcase was almost missed.

The new piece boasts two all-new ground-breaking patents, one of which is a new flexible mechanism for adjusting the GMT hand that not only uses 25 fewer parts than the mechanism it replaces, but in doing so it also removes the need for lubrication in this area entirely. It is this lack of need for lubrication that drove Patek's development team to add the cutaway to its dial, allowing its wearers to admire this latest improvement.

The bigger news about the new Advanced Research piece is the redesign of its balance spring, which Patek Philippe says brings the piece's accuracy to a remarkable -1/+2 seconds per day. (patek.com) After years of Hublot building limited-edition watches for Ferrari, it was decided to turn the tables in 2017 with Ferrari's design team taking the lead on this bold creation launched to celebrate the Prancing Horse's 70th anniversary.

The Techframe Ferrari 70 Years Tourbillon Chronograph, from $US127,000 (about $A167,640), started its life in Ferrari's design labs before Hublot took the reigns to bring the new watch to life.

From a design standpoint, the piece is very Ferrari — using a frame-like lightweight case construction and bold red accents to activate is new in-house-developed manual winding monopusher chronograph, as well as to operate its quick-release strap changing system.

Breitling and Tudor: a strange partnership During product unveiling meetings at the fair, Breitling (and eventually Tudor) owned up to the fact that the pair of luxury brands had entered into an agreement to supply one another with movements.

Tudor got their hands-on Breitling's B01 chronograph calibre to modify for use in their new Black Bay Chronograph, from $US4725 (about $A6240), whereas Breitling will be using a modified variant of the Tudor Calibre MT5612 in the latest update of their Superocean Héritage II collection, from $US4075 (about $A5380).

In the age where "in-house" is the ultimate sales buzzword, this partnership will allow both brands to meet the demand for in-house power without having to invest in research and development and consequently increase retail prices. (tudorwatch.com, breitling.com)