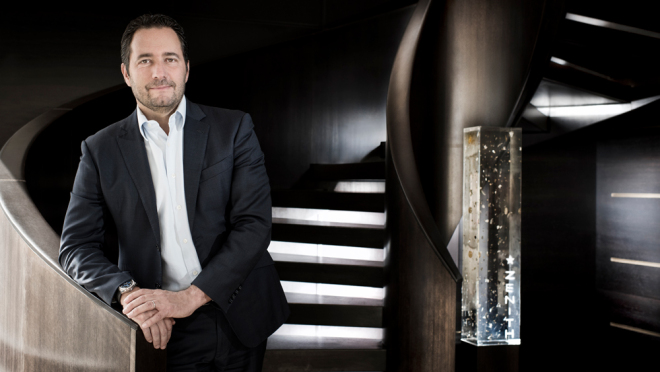 Zenith has been undergoing a serious facelift. Aiming to dust itself off and forge ahead into the 21st-century, the historic brand enlisted the maverick direction of new CEO Julien Tornare. Having spent the last 17 years growing Vacheron Constantin’s business, Tornare was tapped by watch industry titan, Jean-Claude Biver—the former president of the LVMH Watch Division—to lead Zenith in a new direction.

The new CEO is tasked with a tough turnaround at the struggling brand, but he is already making big moves—not only with new product and new avenues for sales, but also within the manufacture itself. Tornare is banking on a startup-style approach to management and corporate culture, unusual in the famously traditional and rigid watch industry. He hopes the looser culture will lure in top talent and keep valued employees from jumping ship.

We caught up with Tornare, just ahead of Zenith’s launch of its new biker-inspired Ton-Up Black timepiece, to hear about his grand plans.

Zenith has amazing history and brand culture, but it’s always been a little bit hidden because it’s been a quiet brand that’s not been so clear in its direction. Now we are working on innovation, especially with the Defy collection.

In the watch industry today, you have two categories: You have brands that are completely new and they do what they want without having to honour any history, and then you have a lot of brands that have such a long history that they become almost a prisoner of (it). I want to use our 153-year-long history to build the future. That’s one of the reasons we are developing Defy 100th of a Second, as well as the Defy Lab with the new oscillator. That’s been the new theme.

Jean-Claude Biver recently stepped down from his role. What did you learn from him in the time you were able to work under him?

When I joined, people told me that I was the first person they had ever heard of that had been hired that came from outside of his historical team. Many people told me that it wasn’t going to be easy working under him, and I have to say, from the very beginning until today we’ve had a great relationship.

I call him and get his advice, and I try to feed him with a lot of ideas and show the dynamism I’m putting into the brand. We talk more or less every two or three days. Now, of course, there has been a big change, but Mr. Biver is staying on as a chairman. The first thing I said to him was, “Mr. Biver, for me, I need you to come to the markets and meet the clients. They want to see you, so when we do events, I would love for you to still participate.” He immediately gave me a big yes with his famous smile. He really is a legend. 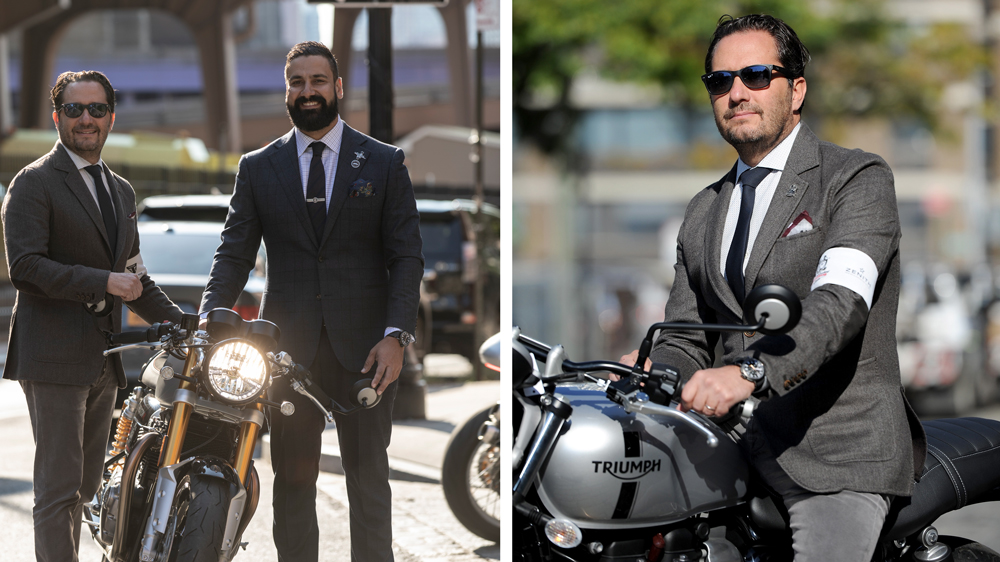 What changes have you made at Zenith’s manufacture?

I had to work a lot on the atmosphere and spirit in the company and try to implement more of a contemporary, startup style of management and way of working. It’s quite unusual in the watch industry, and it’s actually working very well.

First of all, I told everyone that we need to communicate better. The manufacture at Zenith is historic, in that it was one of the first manufactures with all of the watchmaking crafts under one roof. The downside is that we have plenty of different buildings—we’re not a huge company, but we have 18 different buildings on the site. That’s quite complicated in terms of communication. We needed everyone to share ideas and communicate, so I began by organising a breakfast for a group of 30 people, which we would try to do every two weeks, and we sit together and we share ideas. In the Swiss watchmaking industry, people are quite quiet and they don’t always open up that easily. The first two or three times, I was the only one sharing my day-to-day activities. But now, they’ve started to open up and it’s a really fantastic brainstorming session.

I also turned the simple restaurant we had into more of a place where people can meet and play table tennis (ping pong), snooker, and things like this, so people can have a break and socialise with each other.

You’ve made quite a few strides with the pre-owned, e-commerce, and customisation. How do you see those markets shaping up in the future?

Second-hand timepieces have always been big in the US market. When I was in the US in 2004 or 2005, we were already talking about this trading business so it made since to move forward with it. We went with external partners, TrueFacet, for the pre-owned market initially, because they have a certain expertise and are doing it very efficiently. That doesn’t mean we won’t do it internally at some point, but you cannot do everything at the same time. I already have so many things to develop for the brand right now.

People were surprised when I signed the contract with Bamford for customization, but this guy has a huge client base and is doing a fantastic job for us. When it comes to e-commerce, we began working with MrPorter.com, JD.com, Hodinkee.com, Farfetch.com, and TMall.com in China. Eventually, we will be involved directly in pre-owned and e-commerce ourselves, but not right now.

The industry is quickly changing how its debuting new product. How do you feel about trade shows going forward?

There have been quite a few announcements recently (about brands leaving the watch trade shows). I went back to Baselworld this year for the first time in 20 years (Tornare spent the last 17 years at Vacheron Constantin, which shows at Geneva’s SIHH watch trade show). I think it needs to have some evolution. It needs to become more modern, more linked to this world. It could be a great show and a great platform. As you know, we have confirmed our presence for 2019. In the future, it will depend a lot on what’s going on.

The show needs to evolve and become more cost effective. Brands are not willing to pay crazy prices anymore. Another important point, and I really emphasise this, is that it has to be a B2C event. B2B we can do by simple meetings, via email, etc. But B2C is really important. Today, the show is charging 60 CHF per visitor, but once you get inside there’s not much to see. The booths are only open to press and retailers and some brands don’t even show their new watches on the outside of the booths. So the experience offered to a client is close to zero.

I think they should turn it into a worldwide meeting point for watch aficionados from all over the world with big events, more entertainment, and more things to do and really reveal pieces at the show that people could buy on site. Think about Art Basel—it became, in just a few years, a real brand. With Baselworld, you don’t even have the word “watch” in it. We need to have a new format.

It’s different and it’s not that different. Vacheron Constantin is more established, but when I started working there in December of 1999, the brand was very small size-wise. It was actually smaller than Zenith today. I think I’m bringing in all these years of experience of working on developing a brand, which are tools that I’m using at Zenith now. They are both very beautiful manufactures. They both manufacture their own movements with a long history and a long knowledge. Vacheron is much more on the classic side and wants to stay that way.

For Zenith, I believe that we need to have our feet on the heritage side, but we need to have our head in the 21st century. I strongly believe that if we want to keep the new generation interested, we need to bring something more. The Swiss watch industry tends to repeat the past and repeat the same watch complication and the same design throughout the years. You don’t want the new generation to prefer having a cell phone on their wrist instead of a watch. We have a great challenge ahead of us, but in the last five months we’ve had results that we haven’t had in eight or nine years.

This interview has been edited and condensed for clarity.