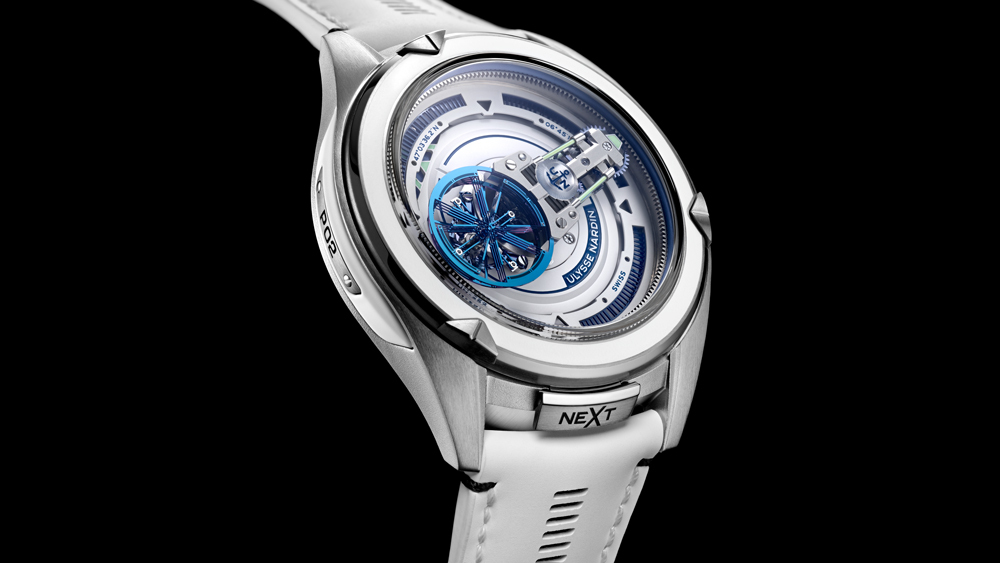 The futuristic design is enhanced by a technically innovative 3D oscillator and a bridge inspired by Star Wars spaceships.

Borrowing a strategy from the automotive industry, Swiss watchmakers have developed a tradition of creating experimental, one-off timepieces to showcase cutting-edge examples of their craft.

The industry’s newest addition to the genre, the Freak neXt by Ulysse Nardin, ticks all the boxes of a true concept watch: It’s technical, daring and not for sale.

At the heart of the watch movement is a flying oscillator with an entirely new multilayer 3-D construction incorporating silicium blades. A product of Ulysse Nardin’s decadelong partnership with Sigatec, a microcomponent producer the brand cofounded in 2006, the design—featuring an oscillator that levitates without a balance cock—eliminates the need for pivots and jewels, which is another way of saying it eliminates, or greatly reduces, friction, thereby enhancing the watch’s ability to keep time. 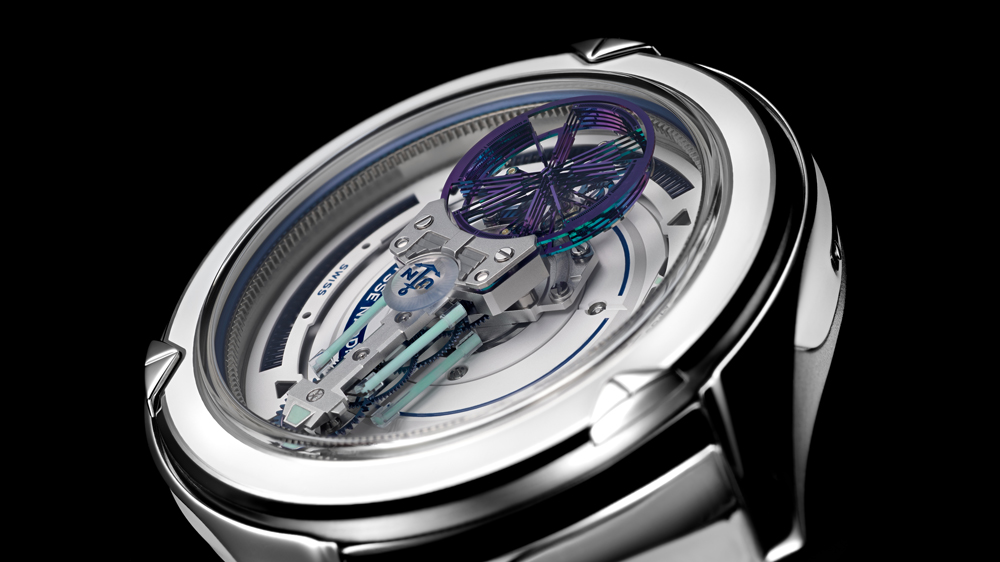 The oscillator works in tandem with the all-silicon Ulysse Nardin Anchor Escapement, introduced in 2014.

The Freak neXt, like the dozen-plus Freak models preceding it, owes its pioneering construction to Ulysse Nardin’s long-standing commitment to technological innovation. In 2001, the watchmaker famously introduced the original Freak. Lacking a crown, hands and dial, and displaying a carousel tourbillon movement openly on the dial, the watch not only looked unconventional, but, thanks to its groundbreaking silicium escapement—marking the first time silicon had been used in a watch movement—it operated unconventionally, too. 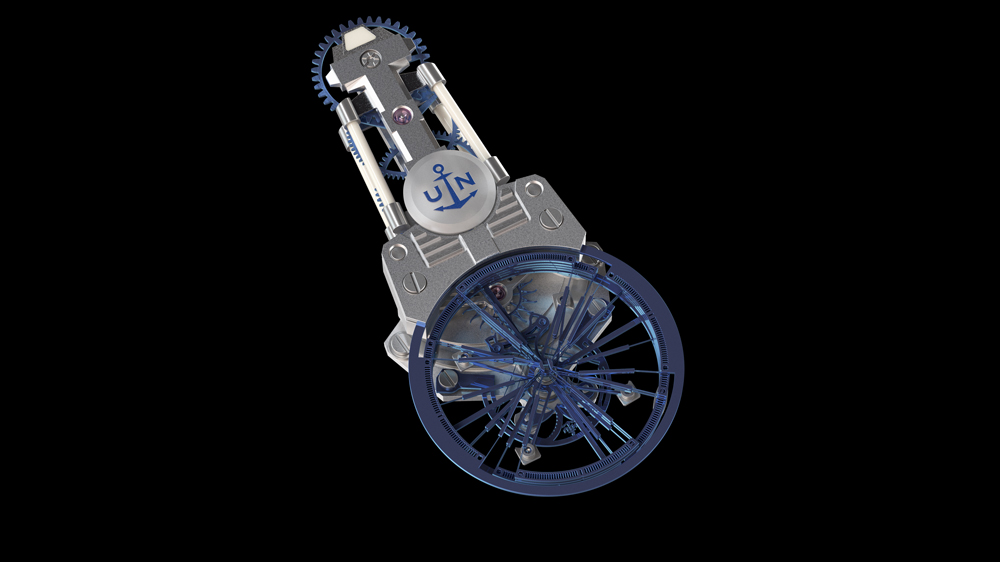 “When it launched in 2001, the Ulysse Nardin Freak sent shock waves through the world of horology,” said CEO Patrick Pruniaux. “The new Freak neXt is a high-tech version of the brand’s ‘laboratory on the wrist’ with a 3-D flying oscillator using silicium blades with an axis-less balance wheel and a silicium constant escapement. Innovation at Ulysse Nardin is alive and kicking!”

The one-of-a-kind timepiece boasts a futuristic aesthetic that matches its space-age mechanics. Encased in platinum and titanium, the all-white watch runs on a movement with a trapezoidal-shaped bridge inspired by Star Wars spaceships. Four luminescent tubes filled with Super-LumiNova lend the timepiece a trippy phosphorescence only visible at night. 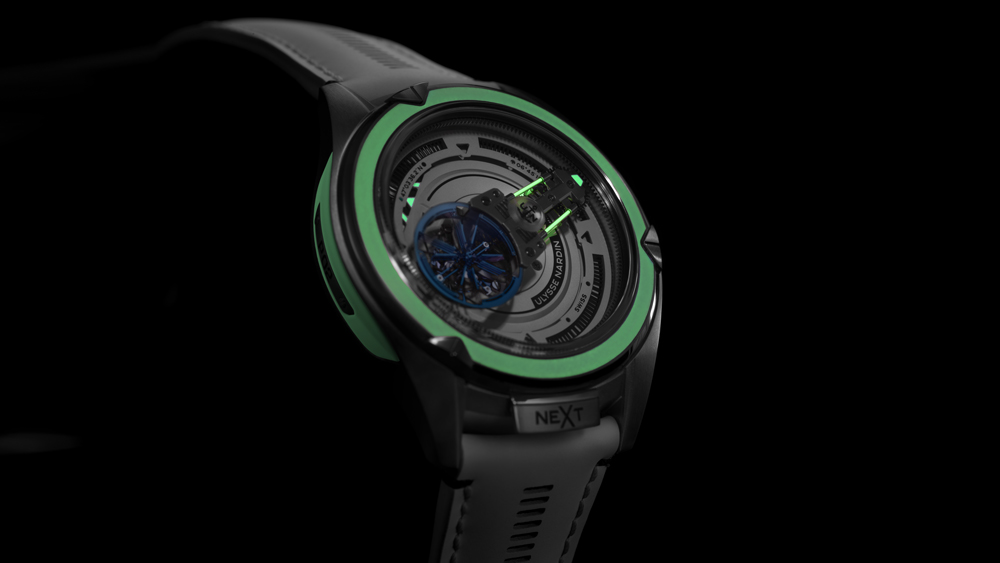 The neXt is not for sale, but the brand has indicated that aspects of its technologically impressive new flying carousel baguette movement will appear in commercial products by the end of the year.