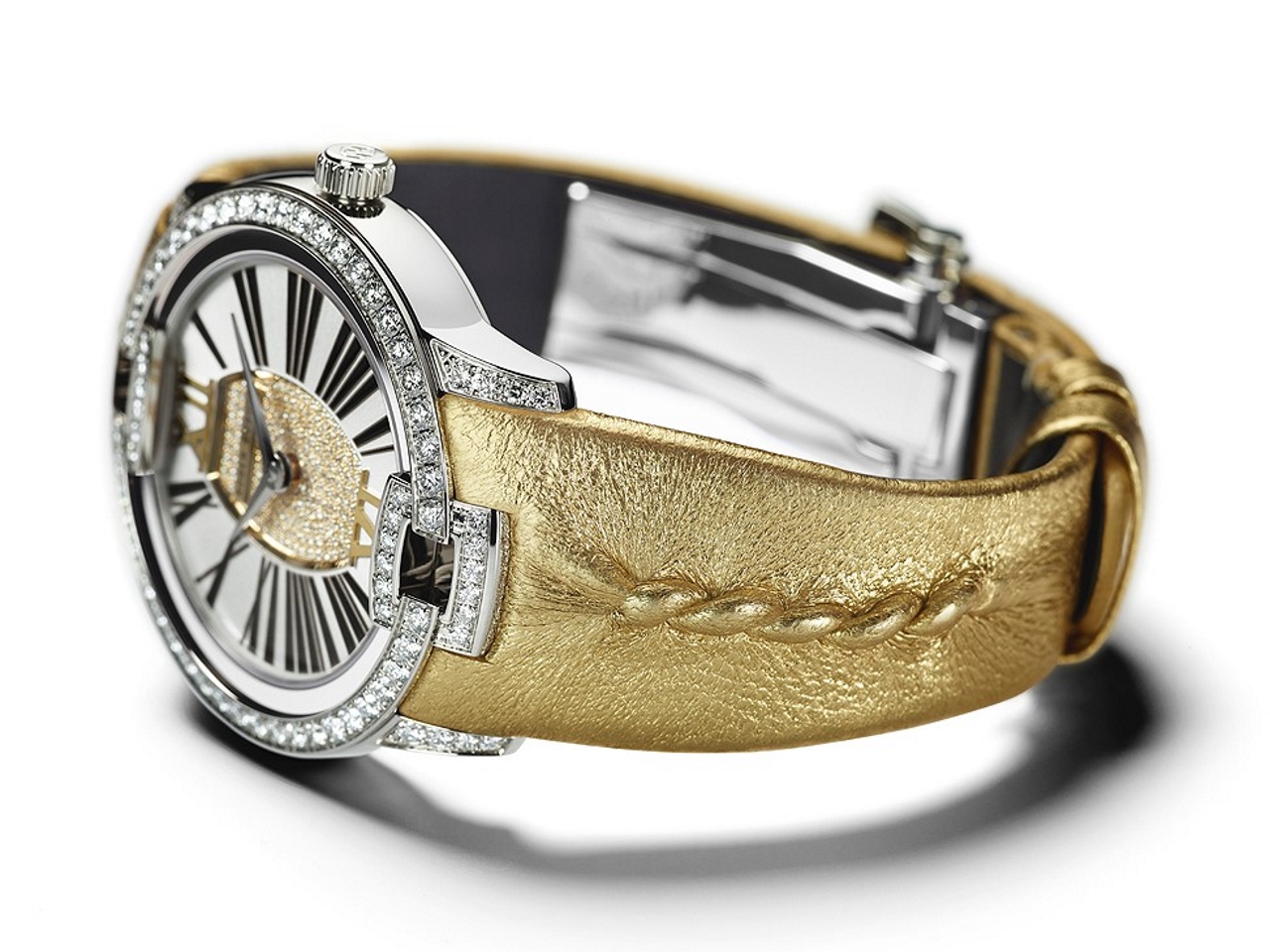 Dynamite watches with shoes as their muse

Watch manufacturers and luxury shoemakers have a lot more in common than you might think.

It takes six hours to carve the wooden lasts used to create a pair of Massaro shoes, each based on meticulous measurements of the customer's foot. All Massaro lasts have been preserved since the beginning of the 20th century. There are 8000 pairs, marked with the names of their owners.

The traditions of quality at the Parisian shoemaker Massaro, which has made Chanel's haute couture footwear since the 1950s, ought to sound familiar to aficionados of fine watchmaking. They are the same tenets espoused by most of the oldest and best makers in Switzerland.

And today, when partnerships between watch brands and luxury car manufacturers have become ubiquitous and transparently commercial, the affinities between watchmakers and couture shoemakers are getting stronger as watch brands reach for new creative material. "We only want to work with people who have the same understanding of a couture product," says Alvaro Maggini, creative director of Roger Dubuis (rogerdubuis.com), the Geneva-based manufacture with a production of fewer than 5000 watches a year. This year Roger Dubuis collaborated with Massaro in the design of new ladies' pieces in its Velvet collection. "With them, we are working with artists," says Maggini. "We both have very small, exclusive production, and we are both obsessed with details."

For example, Roger Dubuis watches are made according to the exacting standards of the Poinçon de Genève, which requires every component to be finished and decorated, down to the screws and the undersides of the plates — parts that will never be seen except by the watchmakers who assemble the timepieces.

The straps on the three Velvet Massaro watches are made of Massaro leathers, the key to the aesthetic connection with Massaro, with its signature gold colour, intended to evoke the golden age of Hollywood in the 1950s.

On the diamond-set Rita model (named for Rita Hayworth) the strap replicates the hand-stitched, pleated, gold lamé leather heel backs of Massaro's trademark stilettos. The strap was precisely coloured and given a sheen to match the shoes. The black leather strap of the Greta (Garbo) model is embellished with black feathers to set off its black lacquered dial with grey Roman numerals.

The Lana (Turner) model has a shiny silver strap uniquely inset with rows of cultured pearls, with a matching silver dial, black Roman numerals, and gold appliqués at 6 o'clock and 12 o'clock. The watches are flamboyant and eccentric, with perhaps limited customer appeal, but that is the point. Massaro and Roger Dubuis are both about exclusivity, with low production numbers and an elite clientele, some of whom will be invited to joint events. "We will do something crazy, unexpected," says Maggini. "The customers of these two brands can have anything they want. They want something rare and extravagant; they want to be surprised."

"There is a huge parallel between my work and that of a watchmaker," says Louboutin. "People have asked me, 'how can you change so many things on such a small surface as a shoe; how can each one be made so different?' I always answer that small details can actually make a big difference. It is exactly the same on a watch. There can be a huge amount of difference between two different watches; it is all in the detail.

"Detailing and embellishment are very important within my shoe designs, so for me it was about expressing the worlds that inform and inspire my collections, but in a new context." The two brands collaborated this year on a collection of watches in the Reverso Classic Duetto line, part of the Atelier Reverso collection, which can be customised by choosing from various options, including dial material, motif, colour, gem settings, and hour markers.

One model flashes shimmering, iridescent orange tones, with leather straps in a range of green, blue, and purple hues. It was inspired by the Louboutin Scarababe shoe style. Another has a transparent plastic strap, playing off the ankle-flattering transparency in some of Louboutin's shoe collections. The aesthetic translates seamlessly, showing off the versatility of Jaeger-LeCoultre's art deco classic.

Leather is a standard material in watchmaking, but we wanted to go beyond the traditional approach to leather and work with the most emblematic leather there is," says Hublot CEO Ricardo Guadalupe, who this year released special models in conjunction with Berluti, the Paris-based men's shoemaker. Berluti is valued for its Venezia leather, notable for the depth and transparency of its patina — achieved by a proprietary technique of treating the leather.

The leathers for Hublot (hublot.com) are prepared by hand using the same procedure as Berluti shoe leather, including patterning, shaping, cutting, assembling, stitching, and lacquering. Leathers on the Scritto model are engraved with script inspired by 18th-century calligraphy on a tobacco-coloured strap that works well with Hublot's proprietary 18-karat rose-coloured "King" gold alloy.

It is a limited edition of 250 pieces. Straps on the All Black version are inspired by the art of scarification — as translated via Berluti's signature Gaspard incision and stitching. The "nero grigio" black leather strap is paired with a black ceramic case, in a limited edition of 500 pieces. In the Hublot Classic Fusion Berluti collection, the leather is used not just for the strap but also the dial — surely a first in watchmaking. Because leather is organic, the pieces for the dial had to be neutralised so as not to leach moisture into the movement or fog the underside of the sapphire crystal.

"Using a living material in a sealed case is very complicated," says Guadalupe. "The leather is composed of about 30 percent water, and for the first few prototypes, we had issues with condensation. Our R & D department found a way to preserve the beauty of the leather in dried form, and then we encapsulated the dial between two sapphire crystals."

Apparently, even when partnering with companies as diverse as luxury shoemakers, watch manufacturers find themselves in familiar, comfortably technical territory.