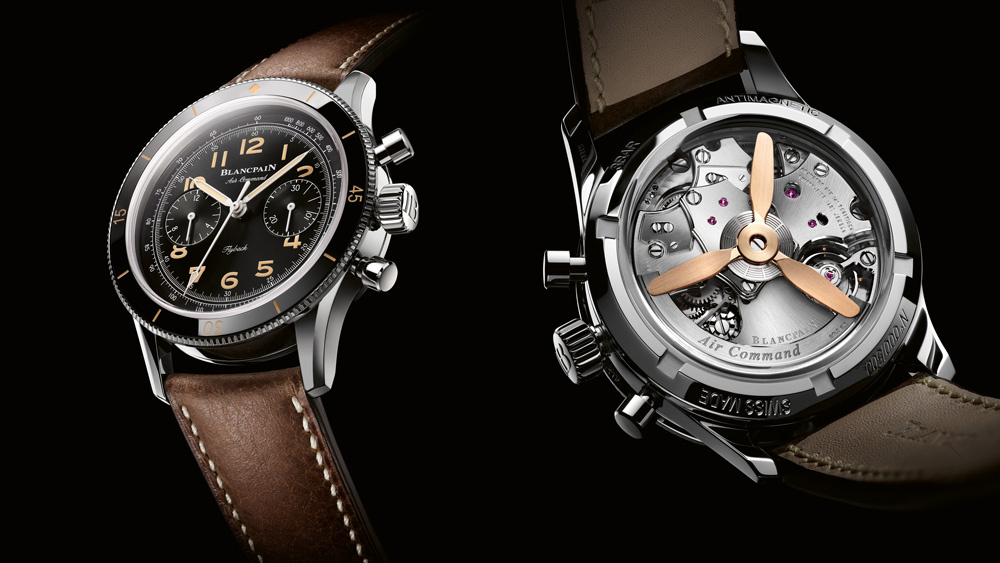 A fly new alternative to the brand’s famous dive watches.

For a brand that’s practically synonymous with dive watches, thanks to its iconic Fifty Fathoms line, Blancpain has an authentic history with pilot’s watches that is the stuff of collector dreams. Some 70 years ago, the watchmaker famously created a high-precision flyback chronograph for the U.S. Air Force, and offered the model to military pilots through its longtime American distributor, Allen V. Tornek.

Known as the Air Command, the late 1950s pilot’s watch was likely made in a very limited run. At the very least, it was never commercialised—or so scholars have deduced, based on the paucity of records that remain about its production, a fact attributable to the quartz crisis of the 1970s, when many companies, including Blancpain, were forced to sell their assets, and lost track of their documentation.

Today, in keeping with the Swiss watch industry’s nostalgia for yesteryear—not to mention the strength of the vintage trend among consumers—Blancpain has recreated the Air Command in a 500-piece limited edition that remains very faithful to the original.

To wit: The model features a ratcheted “countdown” rotating bezel, once used by pilots to read the exact time when the fuel reserve was compromised; hour-markers, hands and a bezel time-scale made of “old-radium”-type Super-LumiNova to evoke the orange hue of the original’s indicators; and a 30-minute totaliser at 3 o’clock, a 12-hour counter at 9 o’clock and tachymeter scale around the chapter ring to indicate speeds based on a 1000-metre distance.

But not everything in the new model is as it was. The contemporary piece, which comes in a 42.5mm steel case, includes a protective sapphire box-type crystal on the dial as well as the caseback (a first for Blancpain) and a finely tuned F388B high-frequency, column-wheel chronograph movement that enables each second to be divided into tenth-of-a-second intervals. The movement also boasts a vertical clutch that provides the seconds hand with a smooth trajectory around the dial.

Manufactured in the brand’s Le Brassus facility, the vintage-style piece, available on a patinated calf leather strap, retails for $24,750.