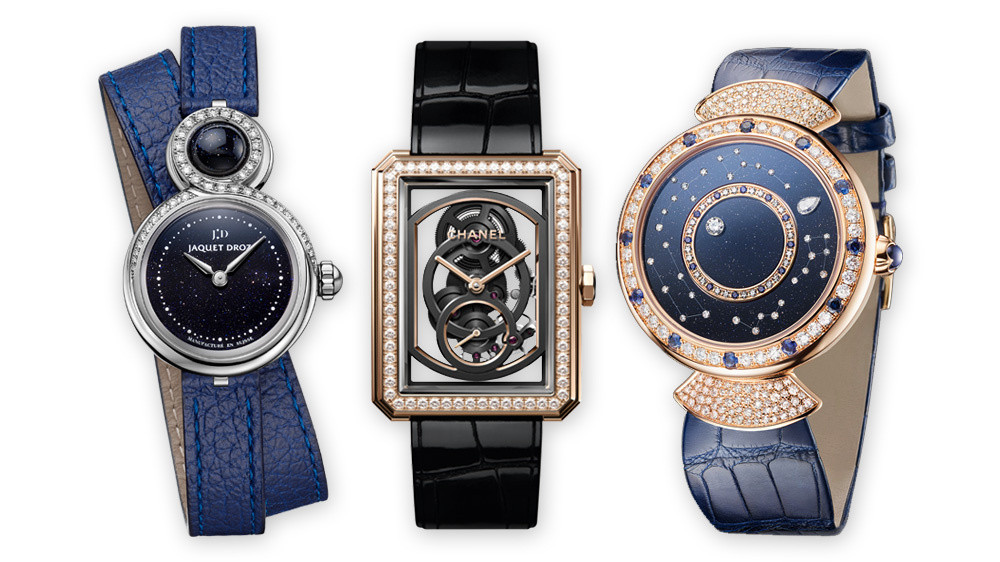 6 convention-defying ladies’ watches that are guaranteed to wow her

Give the gift of serious watchmaking topped off with beautiful, and sometimes award-winning, design.

Watchmakers debuted more than a few outstanding women’s timepieces this year, infusing both originality and substance into design, philosophy, and mechanics. From a Bulgari collection that recreates the Roman constellations to a Fiona Kruger edition that waxes philosophical about the chaotic nature of time, the expressive ladies’ introductions in 2018 did not settle for convention. Chanel even took home the gold at the Oscars of watchmaking, the Grand Prix d’Horlogerie de Genève, for its striking new spin on its Boy.Friend watch, proving that the French maison’s perfectionism extends well beyond quilted handbags and tweed jackets. Indeed, if you’re looking for a truly meaningful gift for the woman in your life this holiday season, your biggest challenge may be choosing only one. Here are some of imaginative ideas from watchmaking’s brightest for the holiday season. 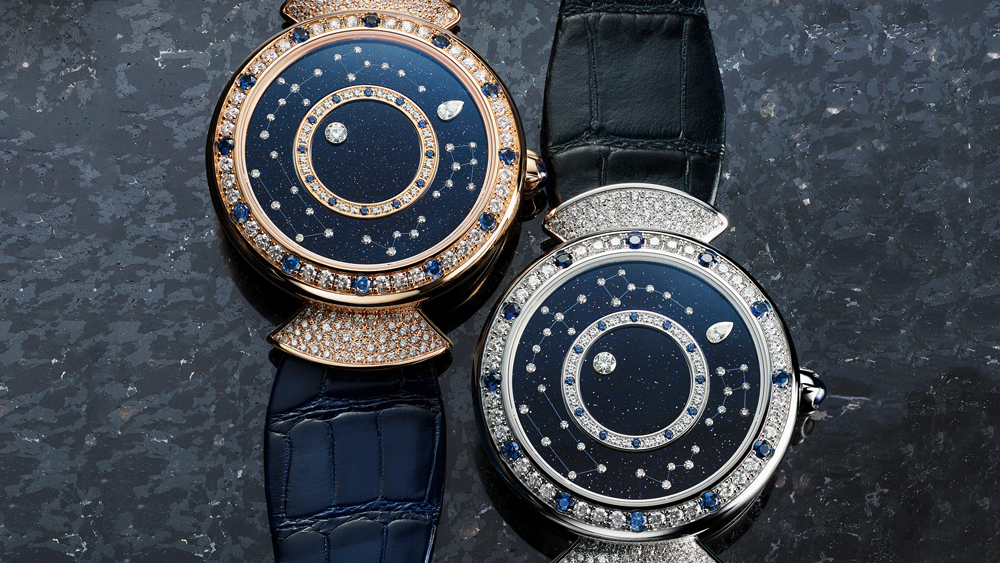 Bulgari Divas’ Dream timepieces must be seen on the wrist to fully appreciate their magnificence. In the meantime, let us tell you what makes its latest introduction, the Divas’ Dream Enigmatic, worth the splurge. The jeweller and watchmaker has taken the Roman sky, as it appears at midnight, and miniaturised it for the wrist. The constellations are represented through an engraving on the dial’s outer Adventurine disc with diamonds representing the stars. A pear-cut diamond on the outer disc indicates the minutes, while a brilliant-cut circular diamond indictates the hour. Sapphire markers on the outer bezel and an interior ring mark the minutes and hours respectively.

The celestial tribute continues on the caseback with a map detailing the names of each constellation shown on the dial. Beyond the incredible craftsmanship and gem-setting on the dial, the watch is equipped with an in-house mechanical automatic winding movement. 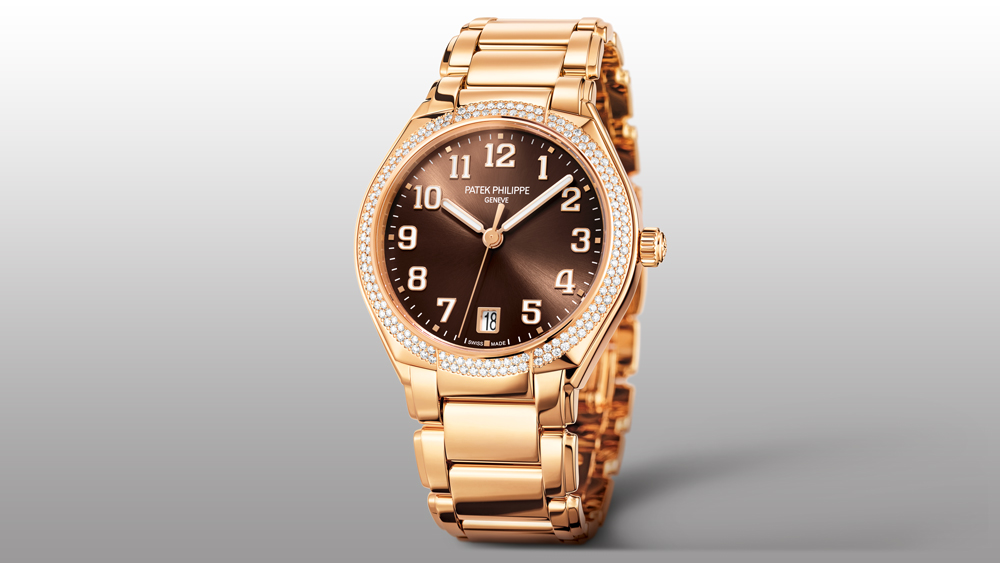 The new Patek Philippe Twenty~4 Automatic collection is the first new women’s line introduced by the top tier watchmaker in 19 years. The new iteration of the Twenty~4 Collection (the line was first launched in 1999 and featured a quartz movement), comes with an automatic movement, proving that the watchmaker is listening to women who’s tastes are evolving to demand more complicated timepieces. The caliber 324 S C movement comes with the presitigious Geneva Seal and features 45 hours of power reserve.

The watches come in five different models: stainless steel with a sunburst blue dial or sunburst gray dial, both with a diamond bezel; rose gold with a sunburst chocolate brown or silvery grey dial, both with a diamond bezel; and a dressier 18-karat rose-gold version with 18-karat rose gold hour markers, a diamond bezel and lugs, and a bracelet accented in diamonds on the outer links. Our pick for the best of the lot is the rose gold version with the sunburst chocolate dial, but every watch in the collection makes for a generous gift for a loved one that can be worn daily. Prices range from $33,900 to $73,700. 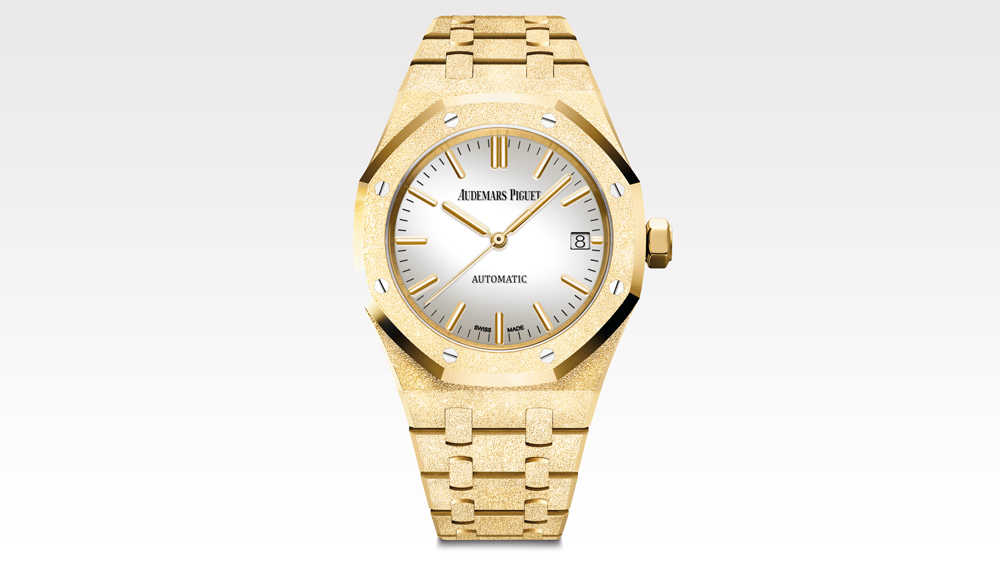 When Florentine Jeweller Carolina Bucci debuted a watch collaboration with Audemars Piguet in 2016, her frosted treatment on the case and bracelet of the watchmaker’s staple Royal Oak garnered a cult following (by both men and women). Last year, she introduced a limited-edition men’s version in white gold limited to 200 pieces.

This year, Audemars Piguet tapped Bucci once again for another collaboration. The latest is a 37mm Royal Oak in frosted gold (also known as Bucci’s “diamond dust”) for women. The frosting effect is a technique that Bucci also uses in her jewellery. The dial features a silver-toned mirror that not only picks up the wearer’s reflection but also absorbs the colours of the wearer’s surroundings. In both size and aesthetic, it’s a statement-making timepiece for a woman—but without every employing a single diamond. The Royal Oak is around $75,050 and limited to just 300 pieces, so if you can get your hands on one, one lucky lady will be all smiles this holiday season. 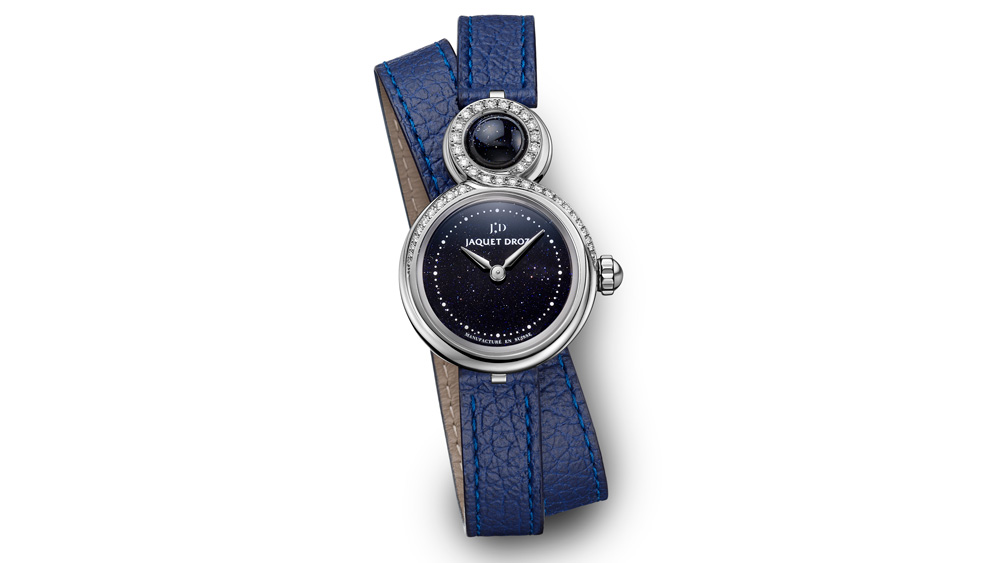 For someone who prefers to wear a smaller timepiece, Jaquet Droz’s Lady 8 Petite Aventurine is an elegant option. Measuring just 25mm in diameter, the miniature dial recreates the brand’s signature figure 8 motif, as does the strap which wraps around the wrist in a double loop. The stainless steel case is decorated with 41 diamonds while the strap’s clasp is set with 23 diamonds for a total of 0.44 carats. The diamonds at the top of the case encircle an Aventurine ball bearing. The dial is made from Adventurine, a popular watch material in recent years for its resemblance to the midnight sky. 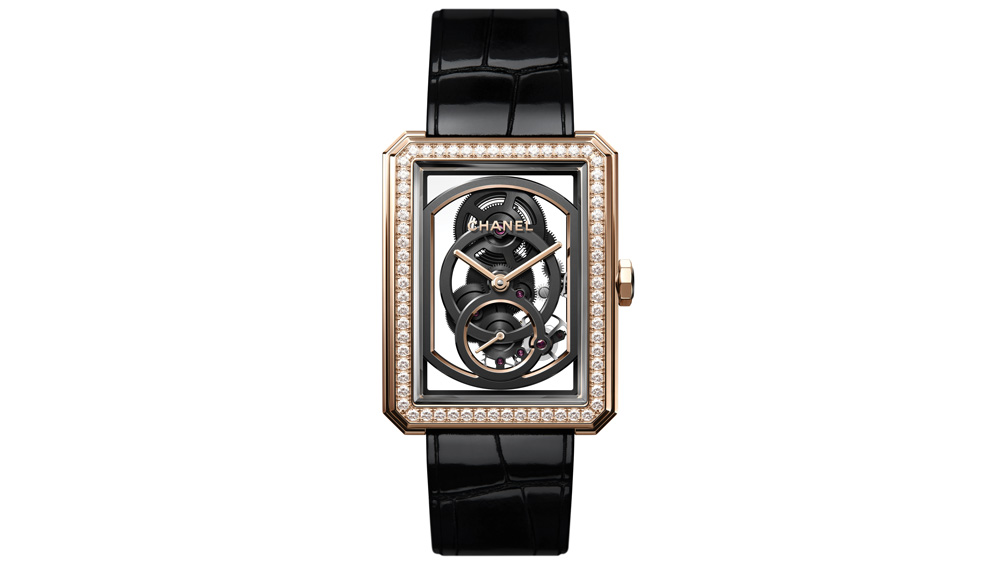 This watch was recently won the top honour in the women’s category at the Grand Prix d’Horlogerie de Genève.

At 37mm by 28mm, the watch wears like a vintage men’s watch on the wrist—in other words, the perfect size for the modern woman. Its “beige” gold, diamond-accented case frames a black-coated skeleton movement by independent watchmaker Romain Gauthier. The overlapping circled of the movement mimic Chanel’s overlapping double C logo, while the case imitates the shape of the Place Vendôme—the square that’s home to the Ritz Hotel, where Coco Chanel famously lived for 30 years.

While most fashion houses make watches, few make them at this level. This is a strong watch with a beautiful design and a serious Swiss movement to match it. Would you expect anything less from Chanel? 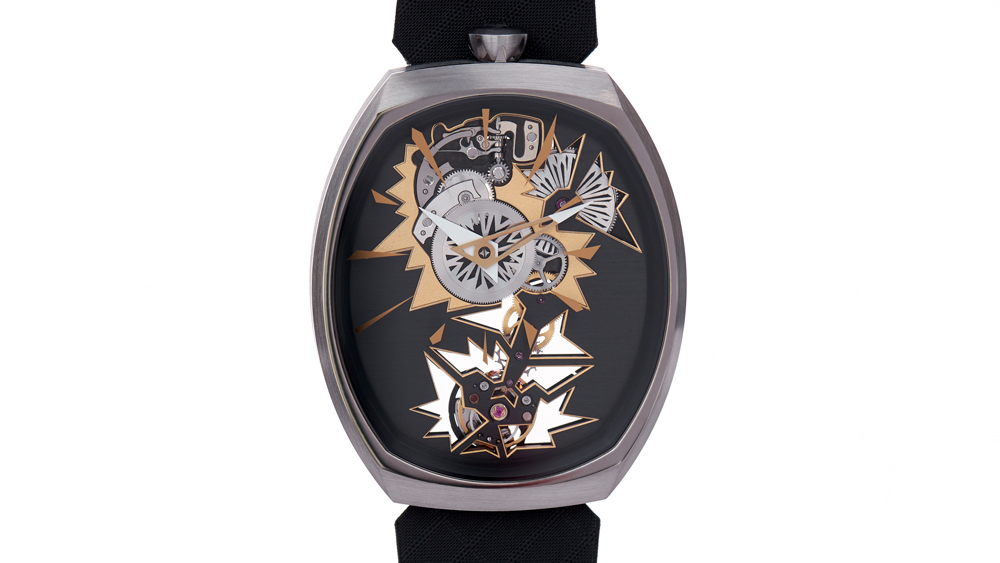 Fiona Kruger’s unisex creations made a splash when she debuted her first timepiece in her Dios de los Muertos-inspired Skull collection. They were big, bold, colourful, and unlike anything else in the watch market. But a skull timepiece isn’t for everyone. Luckily, Kruger’s creativity knows no bounds. Her Chaos collection is a wild and inventive follow-up in a more traditional Tonneau case shape.

The collection, which features a new movement designed by the Geneva-based specialty shop Agenhor, was inspired by the idea of an explosion. The timepieces are meant to be a statement about the natural descent from order to chaos, or rather, the juxtaposition between the orderly nature of time and the chaos of its passing.

The highlight of the collection is the Mechanical Entropy timepiece. Its off-beat graphics and jagged apertures present a visually arresting and thoroughly modern new way of telling time. Whether Kruger’s philosophical bent registers or not, the design is sure to be a hit with the woman that appreciates something genuinely unique.