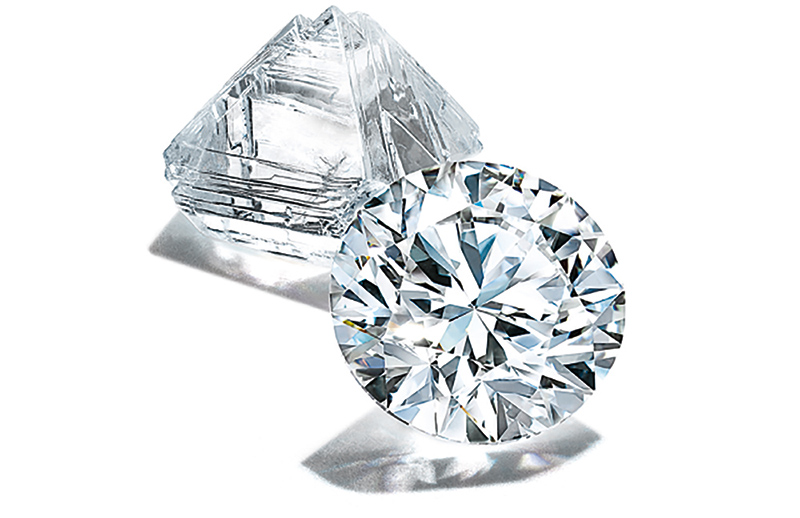 Tiffany & Co. will disclose where its diamonds are sorted, cut, polished and set, among other steps in the sourcing and supply chain.

Tiffany & Co. is making good on its promise to offer consumers a complete lens into the origins of its diamonds.

The jeweller announces new diamonds weighing more than 0.18 carats will be offered with a completely transparent background — allowing shoppers a window into the stone’s “craftsmanship journey,” meaning the precise locations where it was sorted, planned, cut, polished, graded and set.

These efforts add to an initial benchmark set in 2019 when all Tiffany solitaire diamonds began being sold with the country or region of origin where they were mined. While that information will continue to be displayed in Tiffany caselines, this craftsmanship journey will be included on each stone’s Tiffany diamond certificate and be available for all sales associates to show shoppers.

Each initiative is an industry first for a jeweller of Tiffany’s size. The jewellery industry has for years battled with issues of opacity around its sourcing of stones, labour practices and sustainability even as it tries to increase demand among Millennials, the younger of whom are beginning to get engaged and buying engagement and wedding rings.

For Tiffany chief executive officer Alessandro Bogliolo, “There couldn’t be better timing than this to announce such an initiative, even though we started [the process] 20 years ago. It was just the decision of my predecessor to do the right thing and we are fortunate to give consumers visibility to the efforts the company has given in the last 20 years.”

Tiffany’s investment in vertical integration may have been charted years ago, but it was Bogliolo’s decision to disclose details of a stone’s origins as a new-world sales strategy. The program, Bogliolo confirmed, does not affect the price of diamonds sold at Tiffany’s.

“It’s something that cannot be easily replicated by competitors,” says the executive. “You have to put in a lot of investment and work, it’s not something that can be done immediately by other companies. I hope this breaks the bar and consumers start demanding the provenance and journey of a diamond with any sale.…It shows it’s possible to do the right thing — even in diamonds that are considered ethically nontransparent. This is really changing the standards of the industry.”

Bogliolo notes that Tiffany’s transparency efforts will have particular resonance with young consumers. “In the past, if you look at our parents, they bought a diamond ring [for engagement] because it was the rule. Now, it’s up to every individual to decide, there is an option to buy or not. The value [of our traceability initiative] is huge because it’s an incentive to buy. I believe it can convince many customers to purchase a diamond instead of stepping away from it,” Bogliolo says.

Bogliolo also notes that other markets outside of the U.S., including Australia, have begun expecting higher ethical standards from jewellers. “Even markets like China have evolved a lot more recently. The acceleration of consumer trends has made this relevant for consumers in China and generally in Asia. Very young consumers there care about making a purchase that is important and ethically right,” he said.

Tiffany chief sustainability officer Anisa Kamadoli Costa adds: “By procuring diamonds as rough and crafting them in our own workshops, it means there is not only traceability but also an assurance that the communities where Tiffany diamonds are made are seeing a positive impact.”

While earlier indications hinted that Tiffany may extend its traceability efforts to coloured gemstones, Kamadoli Costa says: “Given our business, we have a great opportunity with diamonds today, so we are focusing on diamonds right now. To give more context, about 80 per cent of colour gemstones come from small mines, so it is difficult to source their origins.”

Tiffany’s traceability efforts arrive as many consumers have adapted to buying fine jewellery online — a result of coronavirus lockdowns. Bogliolo said the jeweller saw two sales trends during the quarantine. “There has been higher purchase online for engagement rings. Before, a couple could go to a store, but now that’s not possible. Thank God we have 95 per cent of stores open again, but during lockdown, people couldn’t buy physically in-store, so we saw big increases online, even for wedding bands and diamond rings.”

He adds that on the flip side, “[Some] people didn’t make that purchase during lockdown, so when the store opened there was a backlog of customers who had postponed their purchases. They were not emotional purchases you do on the [spur of the] moment.”

Tiffany is still in the process of being acquired by LVMH Moët Hennessy Louis Vuitton. Last month, LVMH chief financial officer Jean-Jacques Guiony gave a brief update on LVMH’s $23.9 billion acquisition of the U.S. jeweller, saying half-a-dozen antitrust filings were pending, though he did not specify in which countries. “Things are moving forward,” Guiony says on a conference call. “But I don’t really know when all the go-aheads will be given.”