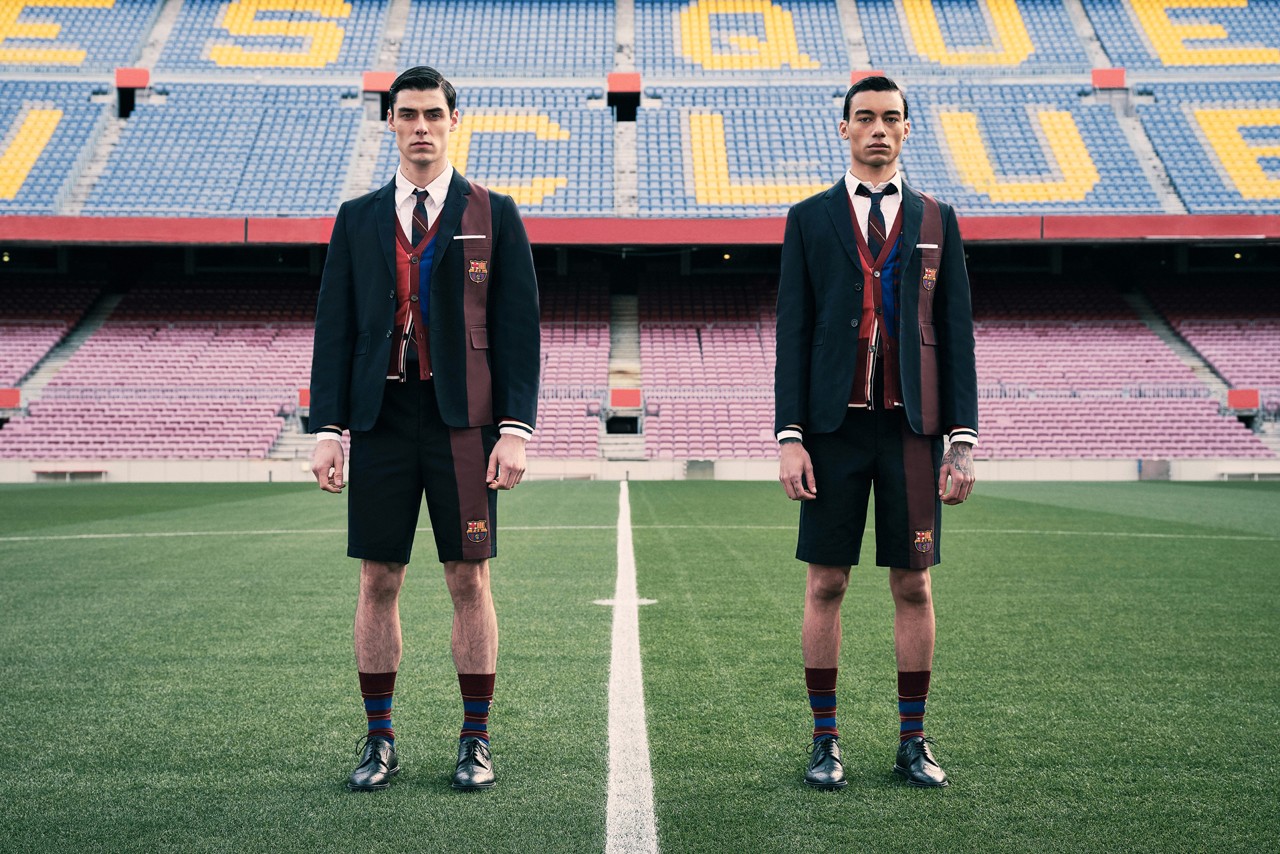 The striking partnership sets its sights on a good cause.

Scoring goals with football fans and philanthropists alike, Thom Browne has launched a complete FC Barcelona themed capsule with proceeds from the collection going to the Barca Foundation – giving children the opportunity to engage with sport.

A collection of Browne’s signatures has been imbued with the iconic blaugrana colour scheme in that is an approachable heightened selection of supporter-wear.

Browne’s tailoring is brought to the fore with a shrunken blazer and short set coupled with white shirting in bearing the Barcelona crest. Also, a cardigan, knit hat, tie, scarves and socks embrace the football team’s branding.

Also, in tow, a handful of pebble grain leather wallets and folios don the club crests – one for the die-hard fans.