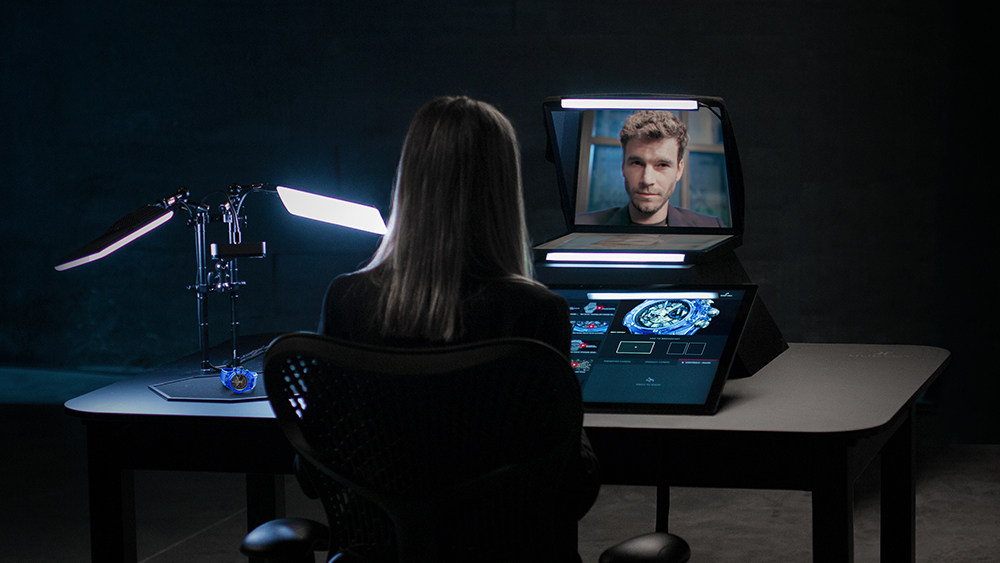 Robb Read: Why Livestream Video May Be the Future of Luxury Shopping

With in-person shopping increasingly difficult, the luxury sector is pivoting to video.

In early August, with coronavirus cases across the United States on an uptick, Moda Operandi was trying something new. The online luxury retailer’s unique take on the trunk show model, whereby clients pre-order clothes straight from the catwalk, helped set it apart from other retailers right from its outset. But with standard runway shows out of the question for public health concerns, it started a series of livestreaming events, Moda Live, in which designers took centre stage along with their latest creations.

“All of the brands we’ve engaged about Moda Live have been very receptive to the concept––they see this as an opportunity to communicate directly with their customers in a way they never have before,” a senior Moda representative told Robb Report. “Early feedback shows that clients place value in hearing directly from the designer and seeing the clothes live on-model––it helps them better understand the story behind the collection and how an individual piece fits and moves.”

It’s almost startling to consider that a relatively young retailer which operates almost exclusively on the web––an area many luxury brands still haven’t fully embraced––has been pushed to experiment with digital like never before. Some of the technology is so new, many of its purveyors didn’t even exist a couple of years ago. But it further underscores a reality that the pandemic has brought into sharp relief: How we purchase things is changing—and how sellers evolve accordingly is happening faster than ever. 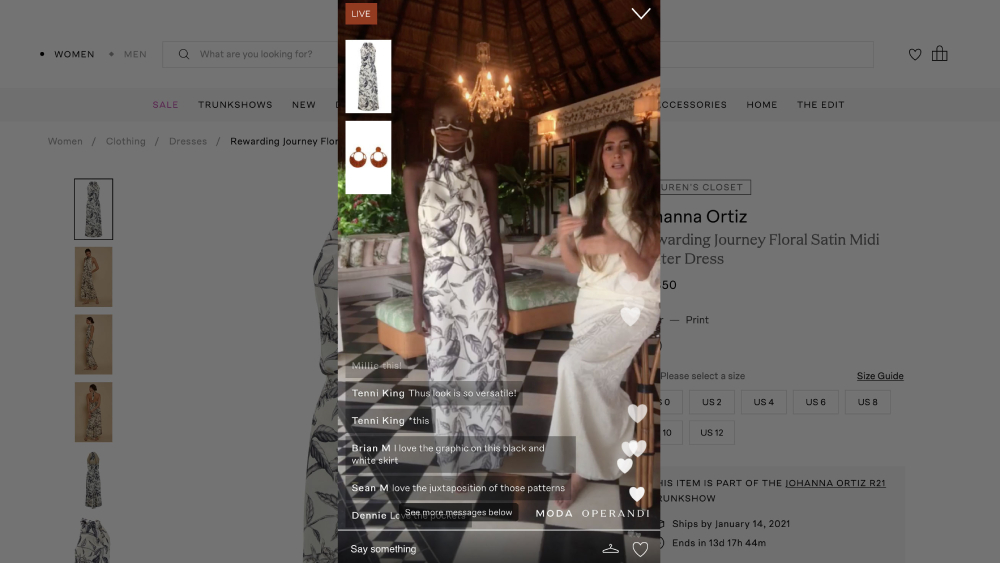 Moda Live allows customers to interact directly with a designer like never before. Courtesy of Moda Operandi

At a time when even a trip to the grocery store seems primed with invisible danger, we’re looking at shopping––for both necessities and luxuries––through a different lens. Not only has our newfound reliance on online stores meant some digital retailers are struggling to keep up with our demand, but it’s also put major stress on some of retail’s most enduring institutions.

Even before the phrase Covid-19 was common parlance, there was growing tension between the established fashion system and realigning customer priorities. Barneys, that iconic temple of New York City cool, may have been the canary in the coal mine when, after struggling for years, it finally shuttered at the beginning of 2020.

Since the pandemic started, store closures and social distancing measures—coupled with job losses and a general sense of economic uncertainty—have forced retailers like Lord & Taylor to file for bankruptcy. Even too-big-to-fail LVMH has suffered an overall loss this year.

So it’s perhaps no surprise that a multi-brand retailer like Moda Operandi is an early adopter to new methods of connecting with customers, and especially in the virtual world, one of a few areas that seem poised for success. According to LivePitch founder Brian Byun, who doesn’t work with Moda Operandi, that change is a long time coming.

LivePitch, a video-based shopping platform where consumers can interact with creators and discover new products, was partially inspired by Byun’s first experience on a Peleton bike. Byun was enchanted and that first ride got his own wheels turning.

“It was magical; I felt like I was actually in the studio”, Byun told Robb Report. “I got very intrigued and started to think, ‘What are the adjacent areas where you could do something around e-commerce?’” Byun and his LivePitch co-founder Denis O’Flynn O’Brien felt that the digital shopping experience had become stagnant, relying on the same five-star rating system and tepid product shots widely used for well over a decade. They launched their app, where brands, retailers or other creators could form their own channels, at the beginning of the year. And then the coronavirus officially became a pandemic. 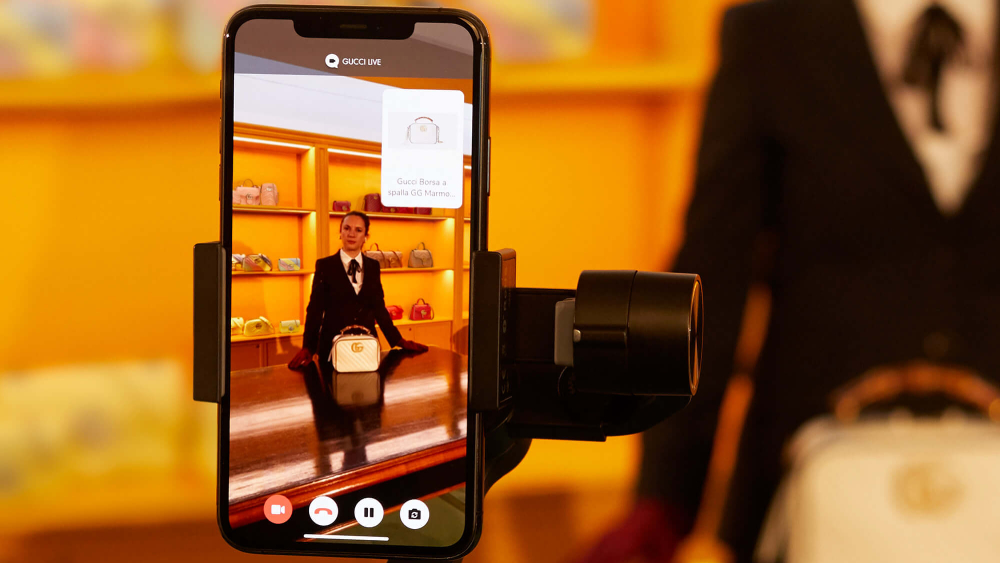 Suddenly, with retailers forced to shut and many unprepared to have a meaningful digital presence, the idea of an app that makes live video shoppable had new meaning. “How retail stores are designed, you want to have as many people in them as possible, but in a post-Covid-19 world, that doesn’t make sense,” said O’Flynn O’Brien. Indeed, both social distancing and sheltering in place makes the means of traditional shopping impossible, but they provided LivePitch (and what will likely soon include a wave of other startups) an opportunity.

Unlike the other avenues currently available, LivePitch allows for the closest approximation of an in-store experience yet. Byun explained that one of the aspects customers love most is having an informative buying experience that’s also tailored and conversational. Plus, merchants love how dramatically live video contributes to sales. According to Byun, a live video component can boost sales on a given product by as much as 400 per cent, something he attributes to the energy offered by its interactive nature. (Moda’s representative anecdotally supports how much of an impact live-stream shopping can have. “It’s still early on––we’ve held two events so far––but what we can see is that the client is more engaged after a Moda Live event, either through a significant uptick in sales and/or add-to-carts in the 24 hours after an event,” she said.) 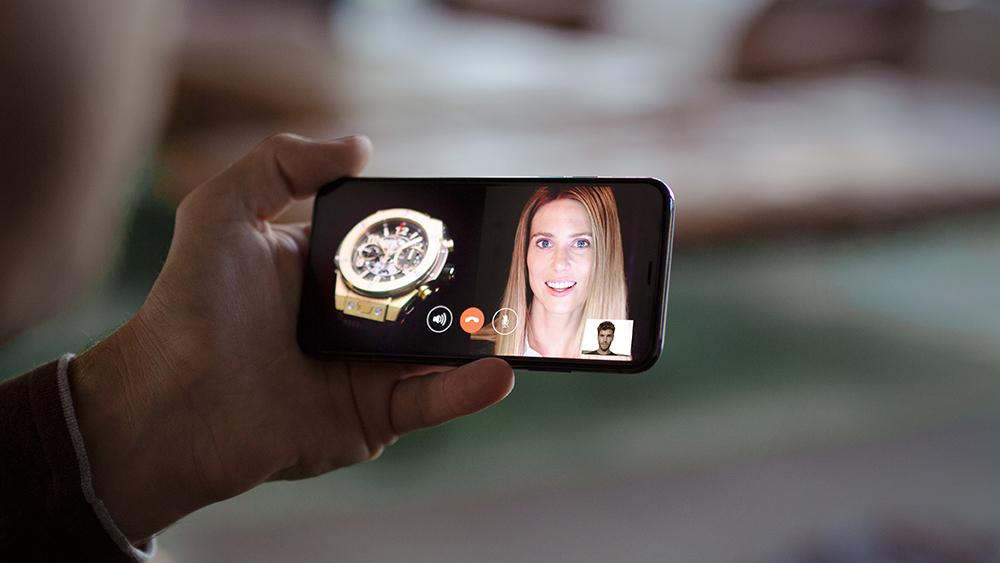 Some large luxury brands are investing in a more serious relationship with video. Since 2018, the Swiss watch house Hublot has offered clients its Virtual Boutique, through which you can have a live, one-on-one conversation with in-house specialists. Through your phone or computer, the specialist uses an array of cameras to give you an up-close look at the timepieces you’re interested in—and can even display detailed 3-D diagrams of their inner workings.

Gucci Live operates out of the company’s global services hubs, where detailed sets and camera setups give everything that added touch. The Florentine label launched the service as a means to connect directly with customers during the pandemic, but, unlike LivePitch, it is not an exploratory platform open to all and does not (ironically considering its name) specialise in live video. 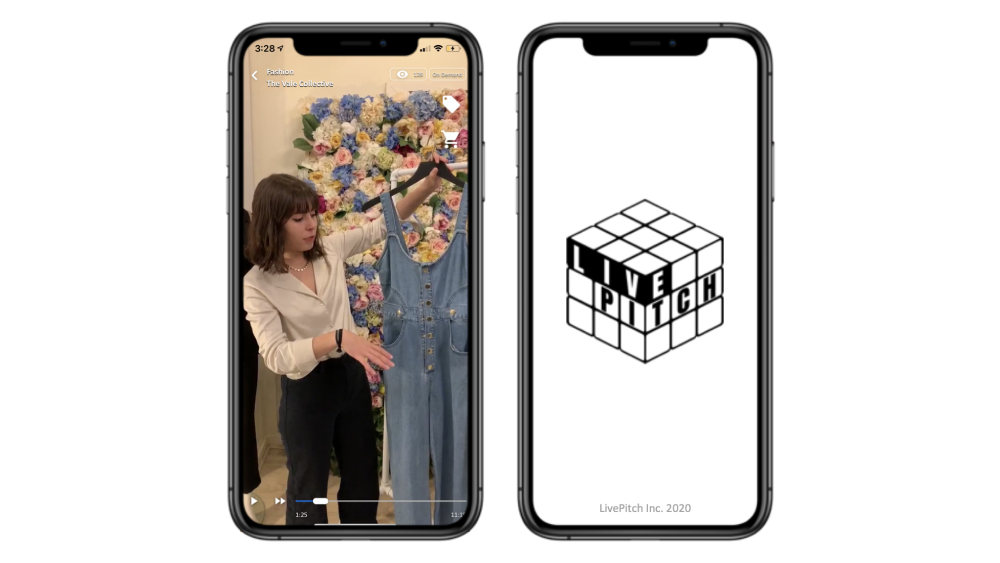 It’s a small start, but with the advent of 5G wireless technology, LivePitch will soon be able to take on far more advanced programs, like streaming high-fidelity video, according to Byun. Closely related to that development is intense interest in augmented reality and virtual reality shopping tools, especially as in-store sales are expected to take a long time to recover. According to the International Data Corp., investment in those technologies will jump 79 per cent to total US$18.8 billion in 2020.

With the blockbuster news that industry stalwart Neiman Marcus and the jewel in its retail crown, Bergdorf Goodman, are going into bankruptcy, it is precisely this kind of technological innovation that could force the luxury sector to take note. Brands like Chanel have refused for years to sell products other than fragrances and cosmetics online, but 21st-century consumer habits are quickly forcing their hand. The reluctance to embrace new technology has made luxury houses particularly vulnerable to the ravages of the pandemic––the sector is estimated to lose as much as US$40 billion with many smaller labels likely to close entirely.

Despite undergoing Chapter 11 proceedings, some stores are figuring out ways to keep customers shopping. A limited number of Neiman’s flagship stores are operating again, many with curbside pickup, a service Nordstrom also offers. Suitsupply is taking an approach that seems almost medical at first glance, installing clear in-store partitions that allow for hands-on alterations while keeping associates and customers physically separated. Whether these measures will be enough to assuage fears (on either side of the transaction) remains unclear. 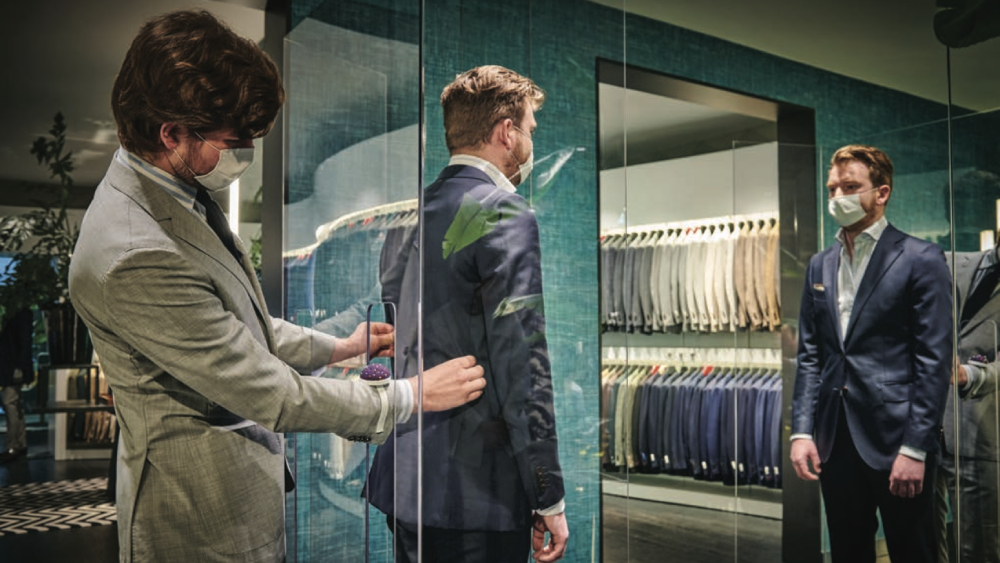 Suitsupply has installed protective partitions to protect customers and its staff during fittings. Courtesy of Suitsupply

According to a survey conducted by analytics company First Insight, 54 per cent of men polled said they would not feel safe in a dressing room. The same percentage said they wouldn’t feel comfortable interacting with sales associates. And even if customers do begin returning, some stores have started implementing specific policies, like one issued by Macy’s, that prevents them from trying on dress shirts and limits the number of people allowed inside at a time. A survey by Jefferies found that 50 per cent of respondents said they planned to shop for clothes in-store after the pandemic—but will avoid dressing rooms. Collectively, this could give the notion of window shopping a new meaning. It could also change the way we try on and buy clothes forever.

“If you look at the next 5 to 10 years, our mobile devices are going to be powerful enough to handle AR and VR at a higher level and other technologies are going to be used to explain products to customers as well,” said Byun. “Without going to the store, you’re going to be able to see what you’d look like in a tuxedo––all those things are within the realm of what’s possible today.”

But the most thrilling thing about these changes may be that it has industry-changing implications outside the world of retail.

“With the advent of new technology with 5G, that gives us the ability that wasn’t there previously to livestream high-fidelity video,” said O’Flynn O’Brien. “And that opens up experiences that are not necessarily product-related, but experience-related.”