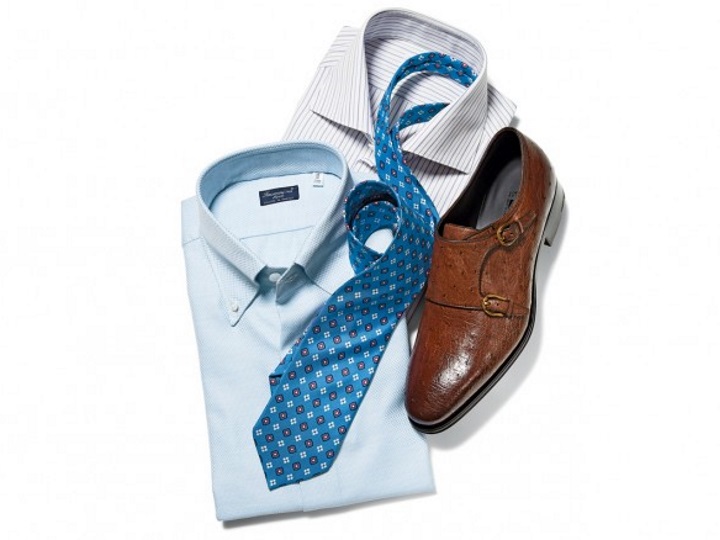 Personalised clothing and accessories require a bit more thought and, ultimately, reveal a sense of character.

Not everything should be merely a click away. Personalised clothing and accessories — even those that can be acquired online — require a bit more thought and, ultimately, reveal a sense of character. Among the few people still crafting bespoke gloves in the age-old tradition is Niklas Magnusson, a fourth-generation artisan whose family established Hestra Gloves (hestra​gloves.com) in their native Sweden in 1936.

This year, Hestra is offering its bespoke service in the States starting at around $US750 (about $A990) a pair. During regular visits to New York, Magnusson meets with customers at the Armoury (thearmoury.com) to take their hand measurements and present them with an assortment of top-quality leather options, including peccary and elk.

He personally cuts the pattern, and a sample pair is fitted and adjusted before the customer receives the final hand-sewn gloves, which can take several months. - Justin Mastine-Frost With its heritage of artisanship, Italy is home to brands that still produce handmade clothing and accessories with the kind of customisation that was common a century ago. Finamore 1925 Napoli (at barneys.com), for example, is a Neapolitan maker of handmade shirts run by Paolo Finamore, whose grandmother Carolina founded the business in its namesake year; he says men want smaller and softer shirt collars this season to accompany the softer look and feel in jackets.

Finamore is growing his family's business in the United States through select Barneys stores, where customers go to be measured and to select fabrics. Starting at $US400 (about $A530), the shirts are sewn in Naples and delivered in about 6 weeks.

Also from Naples, the 103-year-old Marinella (at bergdorfgoodman.com) is leaving a lasting impression with embroidered details — animals, initials — on the front or back of its neckties. Ties start at $US230 (about $A300), and embroidery is an extra $US40–$US60 and takes about 30 days.

And at Salvatore Ferragamo (866.337.7242, ferragamo.com), a double monk-strap ostrich model, shown $US2800 (about $A3700), is among the footwear options available through the Tramezza Made to Order program.

Launched last year, the service allows customers to select the style, material, colour, and buckle finish, as well as personalised lettering on the sole. The shoes are made by hand and delivered in 6 to 8 weeks. - Jill Newman His company cofounder and fellow jeweller Tim McClelland forges the pieces by hand, together with a team of artisan jewellers, in the brand's workshop in Great Barrington, Mass.

The rings shown here feature an eye-catching mix of textured or bloomed gold and platinum, as well as wrought iron for a more understated appearance, and showcase a ruby and a fancy vivid-orange diamond. Prices start at $US6500 (about $A8580). - Jill Newman Naoyuki Komatsu's Ortus bags (ortus-bag.com) have a loyal following in Japan, and now the craftsman's bespoke service is available in this country through the Armoury (thearmoury.com).

A meticulous artisan, Komatsu works directly with his customers to create custom-made men's leather bags and briefcases, Primula shown, $US4400 (about $A5800) that suit not just their style but also their specific needs. He considers everything from weight and depth to lining and interior pockets, and how men hold their bags.

After meeting with customers in the Armoury's New York outpost, he returns to Tokyo to cut and sew the bags from start to finish. Delivery can take up to 12 months. - Jill Newman