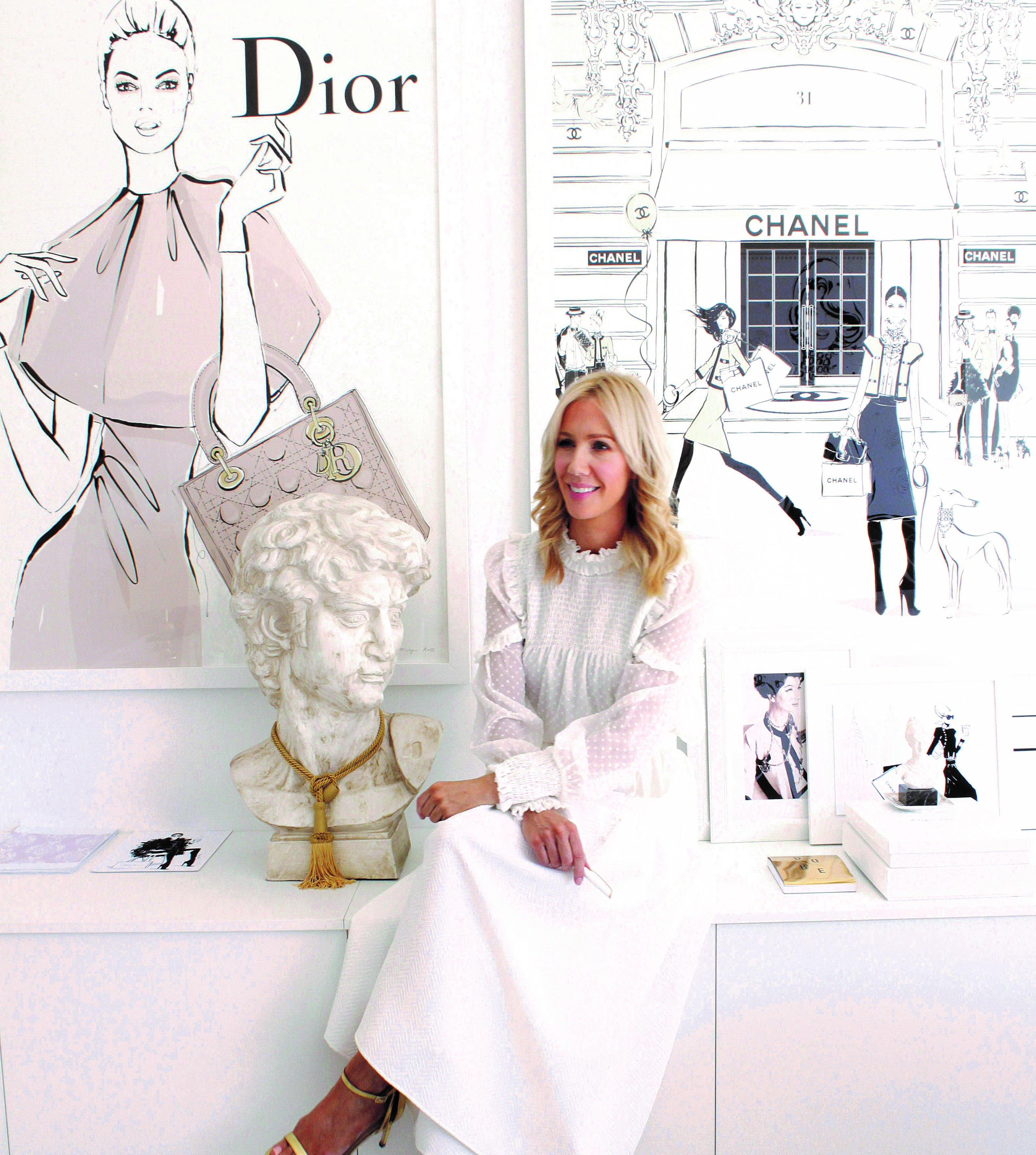 You might know Megan Hess from her illustrations for the best-selling book Sex and the City, her drawings for Dior Couture, Cartier and Louis Vuitton in Paris, her animations for Prada and Fendi in Milan, or her illustrated windows for Bergdorf Goodman in New York. You might even follow her swoon-worthy Instagram account, filled with images of her glamorous globetrotting, gifts from the likes of Chanel and Bally, endless roses and peonies from who-knows-where, and champagne and cakes for days.

When Robb Report Australia & New Zealand phones, Melbourne-based Hess is about to depart for a five-city tour of Dubai, New York, Paris, London and Los Angeles to promote her new book Paris: Through a Fashion Eye.

What you might not know about one of the world’s top fashion illustrators is that Hess keeps a drawing of a pizza topping in her desk to remind her how far she has come – and of the importance of remaining humble and hardworking, despite the surroundings of success.

“On the days when there is a Dior deadline and they want something by lunchtime in Paris, I pull out the pizza drawing I keep in my third drawer down, and I’m taken back to my early days when I couldn’t get a break,” she says. “That drawing was part of a pizza topping illustration series, and after the 10th redraw, the client still felt like the mushrooms didn’t look like mushrooms and the cheese didn’t look like cheese. I remember thinking, ‘I’ll finish the pizza job, but I’ll go back to my first career as an art director’ – because working for clients like pizza companies was soul-destroying.”

It was that same night, in fact at 3am, that Hess received a phone call from a New York publisher who had seen an illustration she did for Italian Vogue.

“They said they had a best-selling author who’d seen that little ‘illo’ and would I be interested in illustrating her book?”

The author was Candace Bushnell and the book was One Fifth Avenue.

“It really was a before-and-after moment,” says Hess. “I did One Fifth Avenue – and then I went back and did every one of her books, for every language and every country.”

“Literally within weeks, I had brands like Tiffany & Co., Chanel and Dior contact me, and it was just that turning point of someone seeing my work and giving me a chance. I’ve always stayed incredibly grateful to work on anything that isn’t a pizza topping and that’s why I keep that illustration in my desk drawer.” 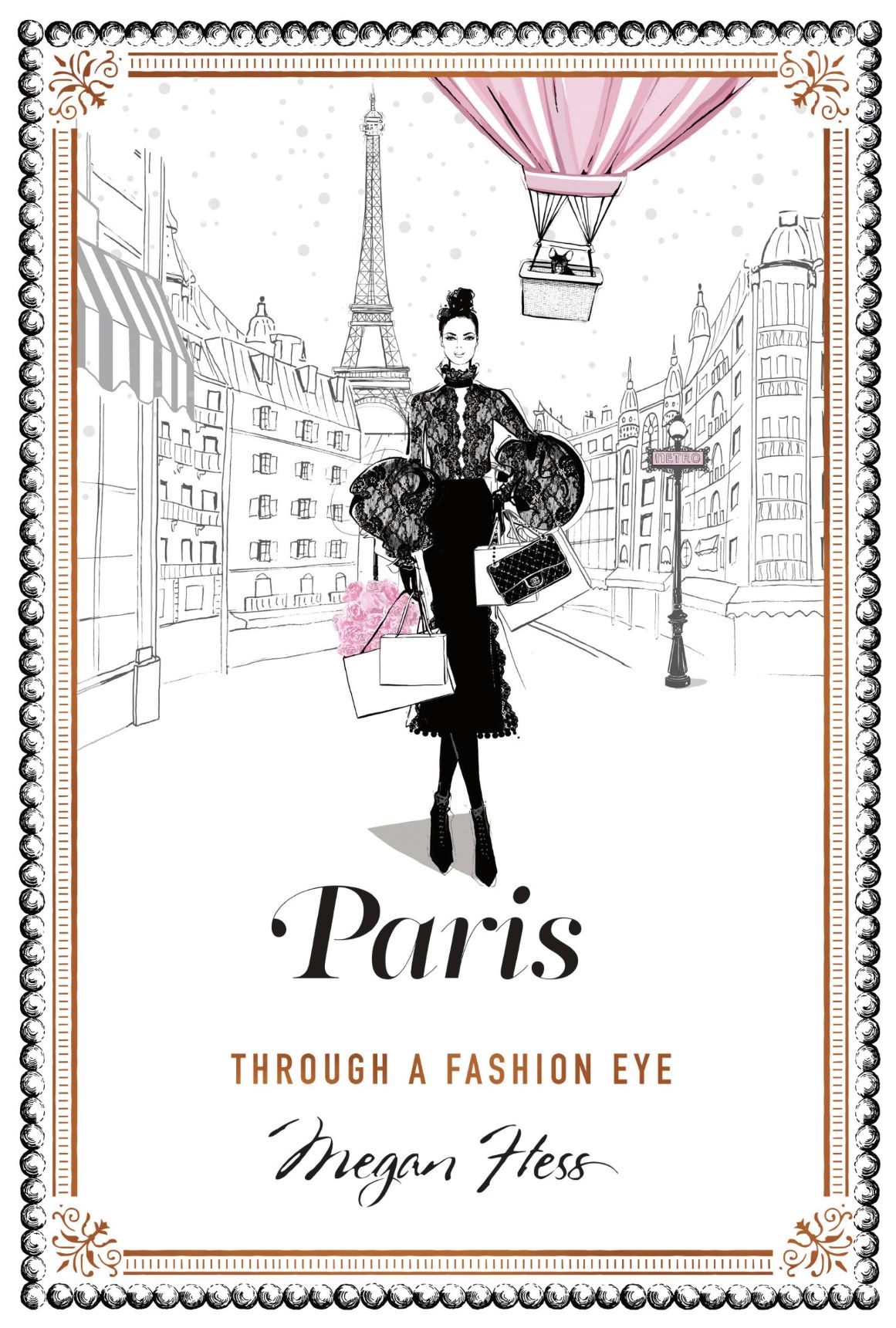 Hess is now an author herself, with five best-selling books: Fashion House, The Dress, Coco Chanel, New York:Through a Fashion Eye and her latest, Paris: Through a Fashion Eye, which chronicles her favourite fashion places, plus where to eat, shop and explore. From breakfast at Café de Flore to people-watching on Rue Saint-Honoré followed by cocktails at the Ritz, each item is accompanied by Hess’s highly detailed illustrations as she takes readers on a personal tour of her favourite locations in the City of Light.

“There are a lot of text-heavy books about Paris, but this is an illustrated book that is small enough that you can bring it along and use it to decide where to eat, which museums to visit and what to do at night,” says Hess. “Or if you’re not able to travel to Paris, you can still use it to fall in love with the city.”

Hess has also developed a range of limited-edition prints and homewares and is the wonderfully titled Global Artist in Residence for the Oetker Masterpiece Hotel Collection. This basically involves her sketching in some the world’s most luxurious hotels including Le Bristol in Paris, the Lanesborough in London and Hotel du Cap-Eden-Roc on the Cote d’Azur.

“They have 10 properties all around the world and I’ve been to all of them except the one in Brazil,” says Hess. It all sounds fantastic, but behind the glossy Instagram account the reality is a brutal schedule of juggling deadlines, client demands and time zones, with a
husband and two young children in Melbourne.

“I Skype clients early in the morning from Melbourne, and then again late at night, and because I have two kids, I try to do most of the international trips in three or four days,” she says. “Last year I was in London for 48 hours, which sounds horrific, but I’ve got a routine down now for how to survive it. I get back and my husband has grown a beard and the house is a mess, but as long as the kids are alive and my husband is half-smiling, I can survive.”

Today Hess is about as far away from illustrating pizza toppings as possible, and that’s why she works so hard to keep it that way.

“The biggest luxury for me today is being able to work on projects that are really creative,” she says. “I love the shifting of gears that comes with working with clients in Milan, New York and the Middle East, because they all do things differently. If I can keep working with interesting people on interesting projects then I’ll be happy.”