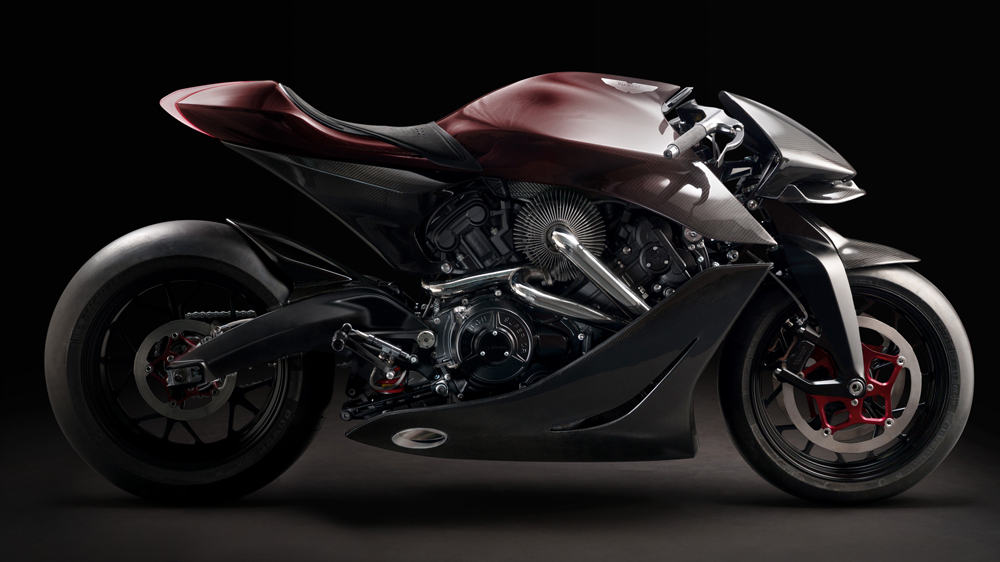 The 134kW prototype takes on the track before a 100-example production run begins.

The much-anticipated AMB 001 motorcycle hits the track at Pau-Arnos, in France, for dynamic testing following its static introduction last year. Bringing together two of the most storied names in the history of British sporting machines, the AMB 001 is a joint development project between Aston Martin and Brough Superior to create a statement bike. Intended solely for the racetrack, the bike will have production limited to 100 examples. Priced at approx. $177,000, the model will begin delivery late in 2020.

While the test bike is dressed in full camouflage, the examples as delivered feature beautiful carbon-composite bodywork, designed under the direction of Aston Martin executive vice president and chief creative officer, Marek Reichman. Then there is Brough Superior. Known in its day as the “Rolls-Royce of Motorcycles,” the brand’s SS80 and SS100 V-Twin models—produced from 1922 through 1940—were exclusive then and command pride of place in collections today. The company was revived last decade, with a modern factory in Toulouse, France, where the new AMB 001 will be manufactured.

Track testing of the prototype allows Brough Superior development riders to evaluate handling dynamics, chassis geometry and ergonomic aspects at speed while cornering, accelerating and braking in a controlled environment. The AMB 001 presents a unique design solution with an aluminium fin that runs the length of the carbon-fibre tank, under the seat and further behind. According to Brough Superior CEO Thierry Henriette, “The body holding the fin and supporting the saddle is one of the areas where we called on the unique knowledge of Mecano ID, who joined the project to apply specialist aerospace-quality carbon-fibre skills to the exclusive AMB 001.” 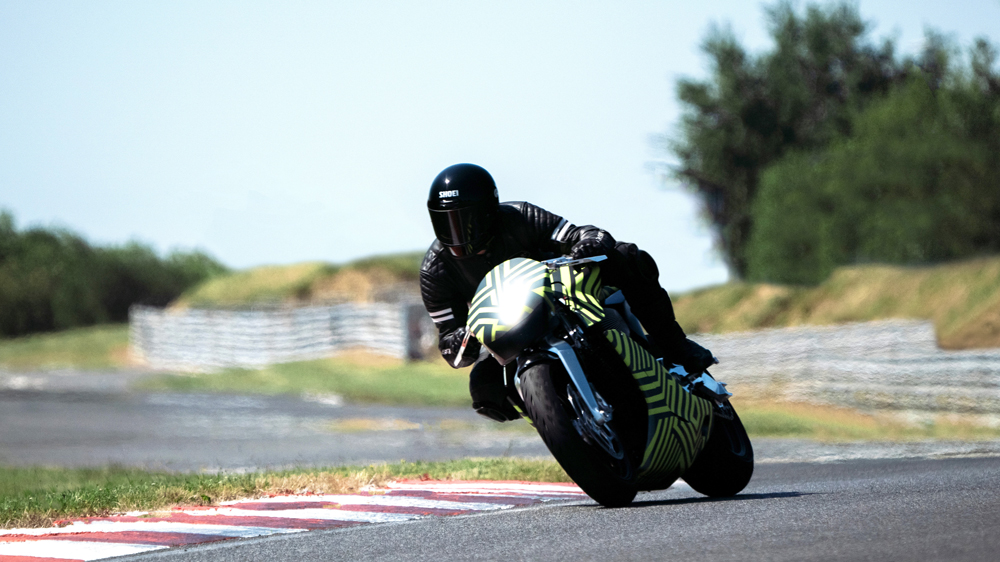 The design signature of so many great motorcycles is a V-twin engine, and in Brough Superior tradition, the AMB 001 features a turbocharged twin developing 134kW. The finned intercooler is a focal point of its design, distinguishing the engine and embellishing the otherwise slippery-smooth surface of the motorcycle bodywork and front suspension. Who wants to bet that this could be Agent 007’s next ride?