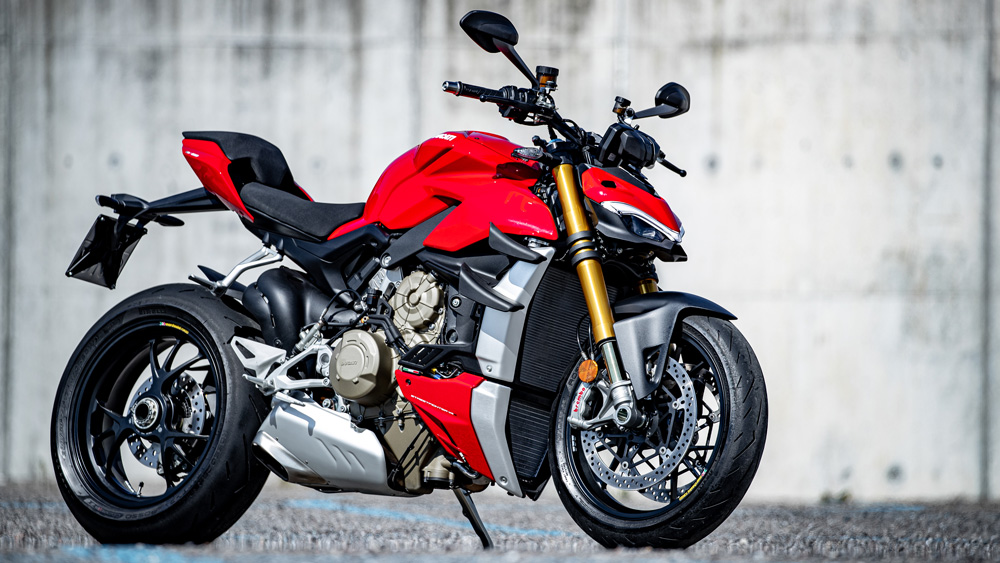 The 155kW contender enters the ring with plenty of versatility and performance in its corner.

At the press launch for the 2018 Ducati Panigale V4 S in Valencia, Spain, I quietly asked one of the Ducati staff if this new superbike would morph its way into a new Streetfighter, the naked motorcycle sorely missing from Ducati’s lineup. In a case where body language told the story, I was met with a stare, a wry smile and a wink.

Two years later, that wink manifested itself as the 2020 Ducati Streetfighter V4 S. Based almost entirely off the Ducati Panigale V4 S, with the same basic 1,103cc V-4 engine pumping out a breathtaking 155kW and 123Nm of torque, the $33,990 Streetfighter V4 S is the second coming of the legendary, but ultimately flawed, Streetfighter S of 2009. 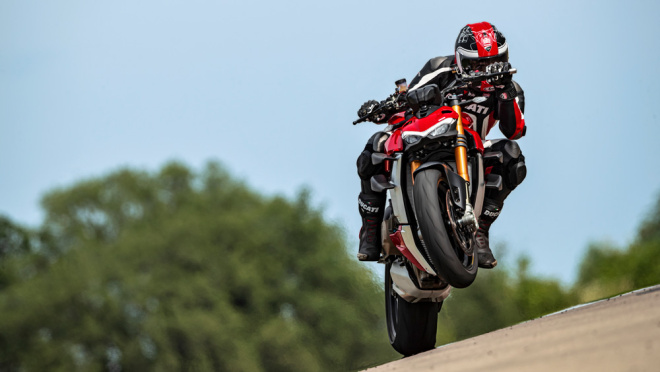 That machine, a comparative dinosaur to this one, missed the mark with oddball handling and a violent 1,099cc L-twin. It was subsequently dropped by Ducati in 2012. Thankfully, the new Ducati Streetfighter V4 S has practically nothing in common with its predecessor.

Running the bi-plane wings from the 2014 Ducati MotoGP machine, and Öhlins Smart EC electronic suspension for the 43 mm NIX fork and TTX36 shock, the V4 S has the poise under braking, through the corner and on the exit to be more than a match for the force your right hand unleashes when the grip is wound back.

Offering almost every rider aid that Ducati can throw at it—except, sadly, cruise control—the bike is just as adept at tootling around city streets as it is demolishing a canyon. This is a polite UFC fighter, one that can get very mean, but only when it needs to.

The V4 S is the up-spec of two Streetfighter models, the base of which will set you back $29,990. That version lacks the Marchesini forged aluminium wheels and the electronic suspension, which is one of the most impressive traits of the V4 S. Personally, I doubt you’ll see many base model Streetfighters on the road. After all, if you’re going to spend that amount for a naked bike, you may as well get all the trimmings for an extra $10,000.

Part of what makes the Streetfighter such a superb motorcycle is its riding position, which is roomy, spacious and extremely comfortable for long journeys, although the tank capacity of nearly 16-litres and range of about 160 kilometres means it won’t be very long between fill-ups. And the gaps from the peg to the seat, and seat to the handlebar, give the rider plenty of room to move about and find a relaxed position.

The Streetfighter V4 S exhibits poise under braking, through the corner and on the exit. Photo: Courtesy of Ducati Motor Holding S.p.A.

Braking is handled by the Brembo radial master cylinder and dual Brembo Stylema four-piston callipers biting on big 330mm discs. You also get Cornering ABS as part of the Bosch Inertial Measurement Unit electronics package, so the performance when stopping is just as impressive as when in motion.

Riding this machine while serenaded by one of the greatest soundtracks in all of motorcycling—thanks to that glorious V-4—I realise how definitively Ducati is back at the pointy end of the naked-bike spear and that the Streetfighter V4 S is the perfect missile for the market segment.