If you build a motorcycle with the expressed goal of pleasing everybody, be prepared to let everybody down. It’s a sentiment that can be applied to just about every type of product, but motorcycles draw some of the most passionate and particular individuals out there. So when it came to the reinvention of what is arguably the middle child of Indian Motorcycle’s lineup, the latest iteration of the Chief model line had to bridge the gap between the manufacturer’s entry-level Scout and the more mature Chieftain. And that it does, thanks to Indian’s design approach.

Commemorating 100 years since the original Chief was introduced, the 2022 Chief was very much in danger of being too middle-ground to matter, but Indian played its ace in the hole: Ola Stenegärd. The Swedish designer’s playbook, combined with the creative freedom Indian gave him, was a recipe for success.

Before landing at Indian, Stenegärd showcased his talent and resourcefulness at BMW when it launched the R nineT. The minimalist German roadster was a hit, not just because it tastefully leaned on BMW’s heritage while still appealing to modern sensibilities, but because of its modular design. It’s a bike waiting to be customised, and represents the same tactic Stenegärd applied to the Indian FTR lineup and, now, the all-new 2022 Chief series. 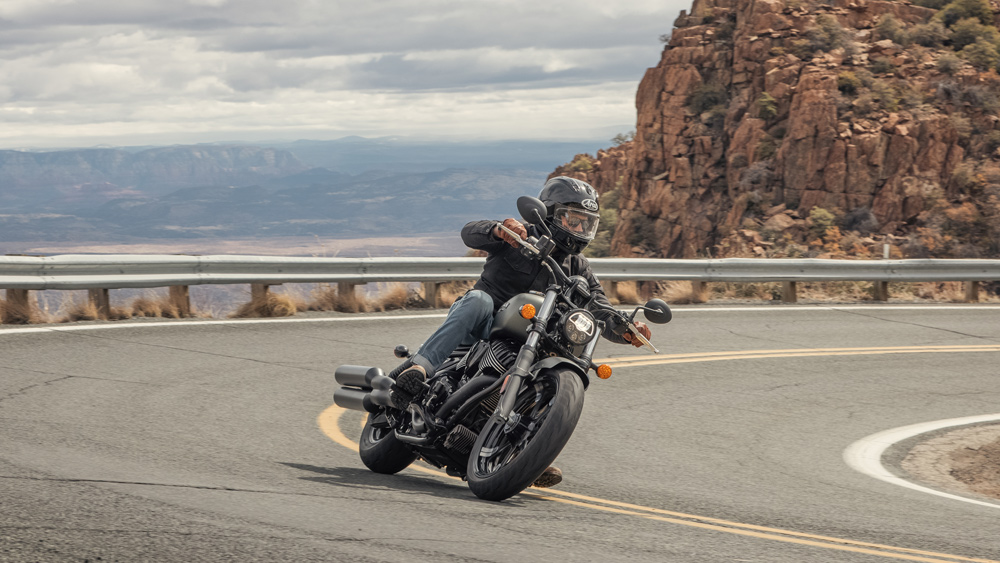 In this case, “all-new” definitely means it’s all new. While the 2022 Chief pays homage to, and is inspired by, Indian’s models from the 1950s through the ‘70s, the Chief gets an entirely new frame to house either a 111 ci or 116 ci V-twin engine. Stenegärd is quoted as saying, “We wanted to capture a timeless look . . . beautiful whether naked or fully dressed.” And he means that literally. The frame on this Chief’s most recent predecessor wasn’t bad, it was designed to be hidden under bodywork. The new frame is meant to be exposed, equally integral in the bike’s architecture and its visual style. Stenegärd calls the frame, by itself, “a work of art.” In that sense, the frame is both the bedrock and keystone of the entire Chief selection.

One frame, two engines and three different styles define the 2022 Chief lineup. The three versions—the Chief, Chief Bobber and Super Chief—are all relatively pared down, but, each bring a wildly different flavour of American cruiser to suit basic needs in the category. Premium trim packages include the Super Chief Limited and, for the Chief and Chief Bobber, the Dark Horse option. From there, customers can add numerous extras to make the bikes uniquely their own. 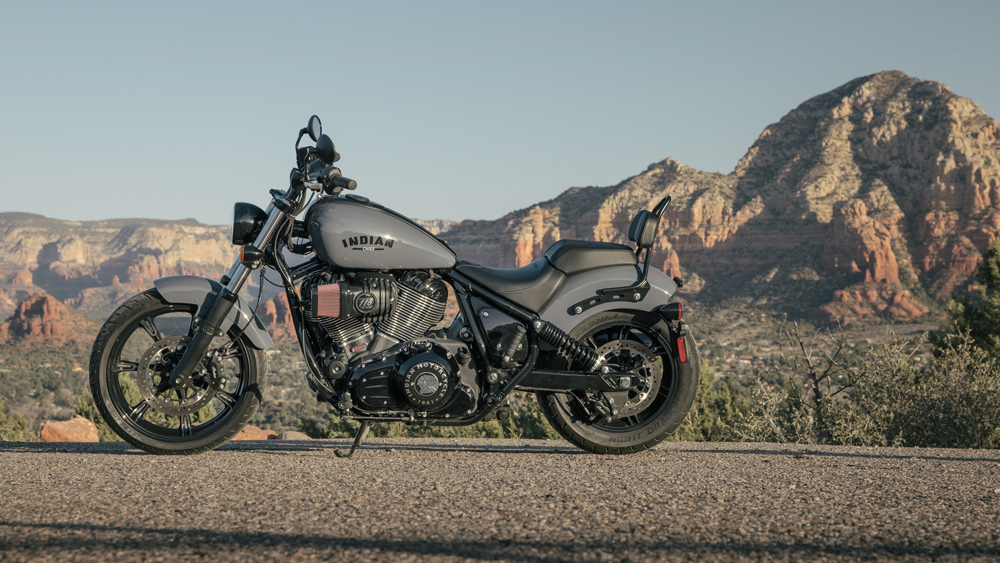 All three model variants allowed me to lean into turns with an ease I would expect from bikes much lighter than 300kg. Both engine configurations are flush with torque and power, but the 116 ci power plant’s 1162Nm of torque (with the Dark Horse and Super Chief Limited trim packages) at just 2,900 rpm is downright addictive. The new frame does well to help hide the bike’s weight down low, keeping the centre of gravity at ankle level. Pulling away from traffic lights and out of tight turns, it’s much the same story. The 68-inch wheelbase also felt like a happy medium, enabling agility without compromising stability at high speeds. 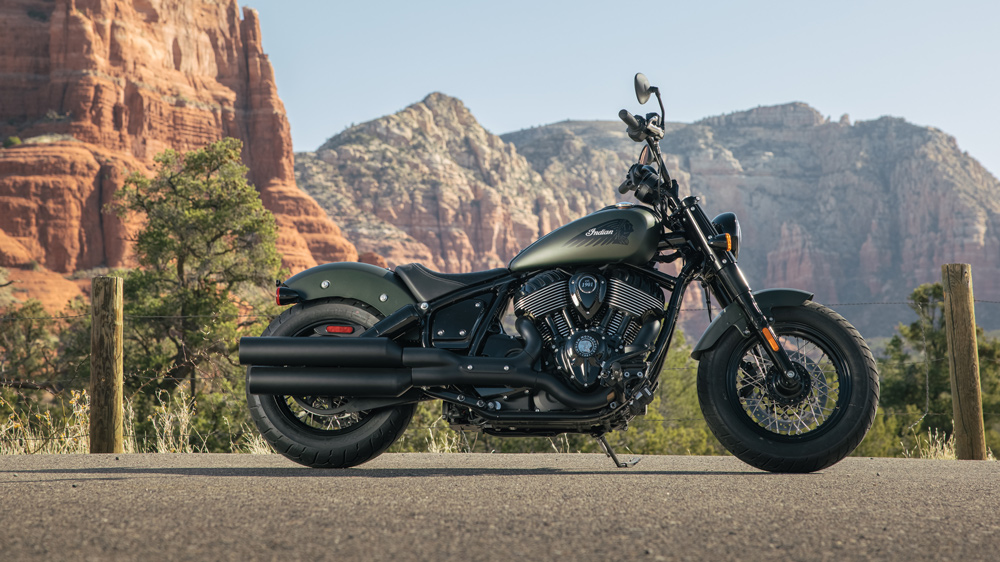 As for the ergonomics, I’m not a fan of the Chief Bobber’s mini ape hangers and forward-set foot pegs, even though I’m taller than six feet. Around town and up in the canyon roads, the outstretched riding position feels too inconvenient for the “American outlaw” vibe it’s aiming for. On the other hand, the chubby 130/90-16 front tyre of the bobber smoothed out bumps and imperfections on the road and made for a much smoother ride compared to the thinner rubber Indian fitted to the base Chief.

Despite the stiffer ride of the base Chief, the mid-mounted pegs and drag bars made for a more confidence-inspiring ride position. Having the controls closer to the centre of the bike helped me centre my weight better, keeping a more balanced feeling in hairpin turns as well as hillside sweepers.

Had I known beforehand how long my second day of riding was going to be, I would’ve tested the Super Chief last. The snap-on windscreen and large rubber floorboards must seem like pure luxury when the wind picks up, temperatures drop and two days on the road start to taking a toll on the body. Those types of creature comforts become necessities on long hauls. 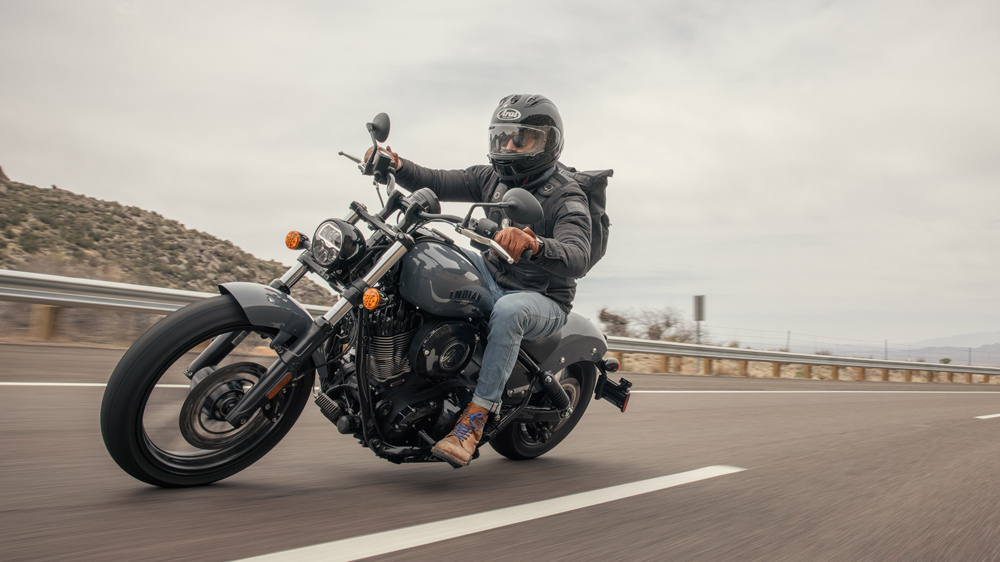 Despite the stiffer ride of the base Chief, the mid-mounted pegs and drag bars make for a more confidence-inspiring ride position. Photo by Jordan Pay, courtesy of Indian Motorcycle.

Of the three styles presented in standard setup, I can confidently say that none offered the “Goldilocks” option of being just right. The base model is a little too stiff, the Bobber’s riding position was uncomfortable, and the Super Chief’s accessories weren’t really needed 90 per cent of the time. Luckily, Indian designed almost all of these optional add-ons to be interchangeable. If you prefer the mid-set foot pegs of the base Chief but would rather have the Bobber’s front tire, you can do that. Want the removable windscreen from the Super Chief and the saddle bags to store them in? You can spec that too. 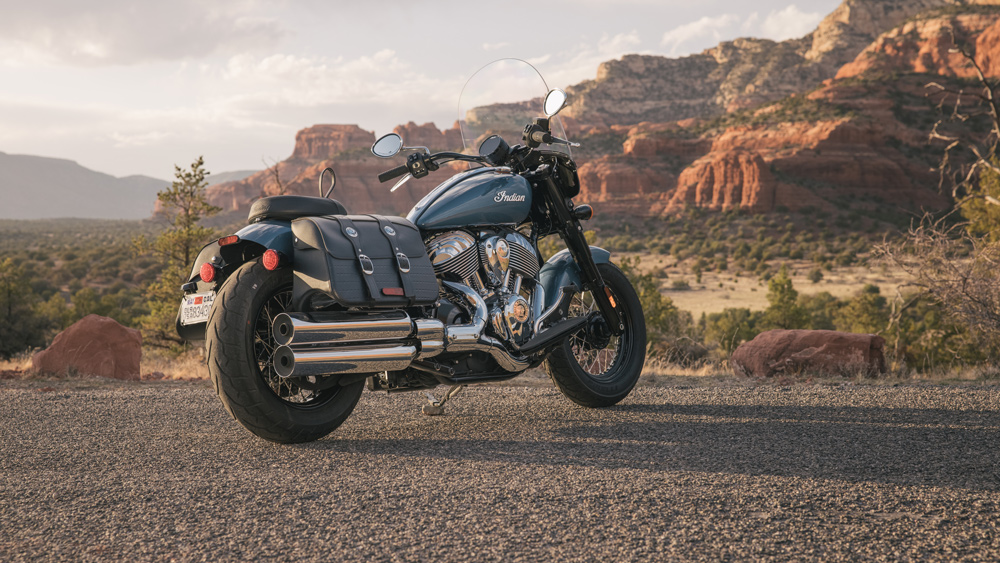 Indian knows that a modular and highly customisable platform is the way forward in today’s market. It’s what catapulted the Ducati Scrambler to dizzying heights and played an integral role in the BMW R nineT’s success, as it did with Indian’s own FTR. Given how approachable the Chief is for a heavyweight cruiser, the idea of offering customers a blank canvas provides even more of an appeal. 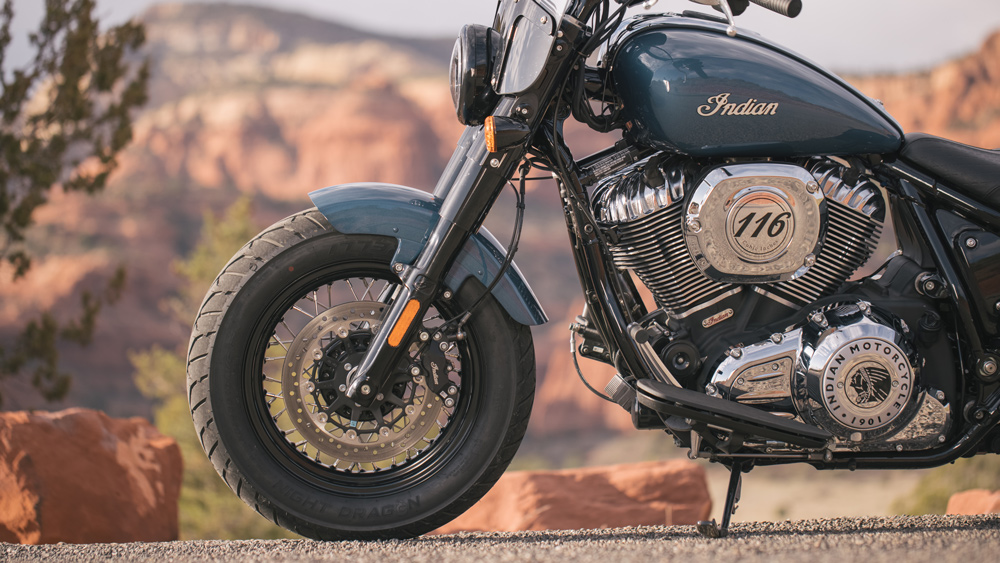 With an RRP ranging from approx. $18,699 to $27,799 across the three models, the 2022 Chief is a bike that Indian hopes customers graduate to from the Scout. In the past, manufacturers have built bikes to meet very specific needs and tastes and, as a result, at times completely missed the mark with the majority of potential customers. This new trend of giving buyers the option to build a “custom bike” from the factory seems like a no-brainer. When put into practice, this opportunity reaffirms the individualistic spirit of motorcycling’s golden age, and it’s an idea that might just keep the American cruiser alive.