The Ducati Streetfighter V4 S is one of those motorcycles that, once you ride it, you’ll remember it forever. A mix of top-level superbike power with absolutely zero wind protection and a more upright riding position, the bike offers an experience that’s intoxicating but exhausting if enjoyed to the full. But what happens when a Ducati Streetfighter V4 S is simply not enough? Well, Ducati wondered the same thing and recently developed this stunning Streetfighter V4 SP, a machine that turns the performance volume up and dares you to hold on.

Ducati has a long-established habit of taking its superbike range and producing naked-bike variants, and the Streetfighter V4 SP uses the Panigale V4 SP superbike as its mechanical base. This Streetfighter is priced at $48,400, compared to the base-model Streetfighter V4 ($29,500) and over $8,000 more than the V4 S. The V4 SP uses the same 1,103 cc Desmosedici Stradale engine as the Panigale V4 S, a power plant that features a counter-rotating crankshaft and has a massive 155kW. 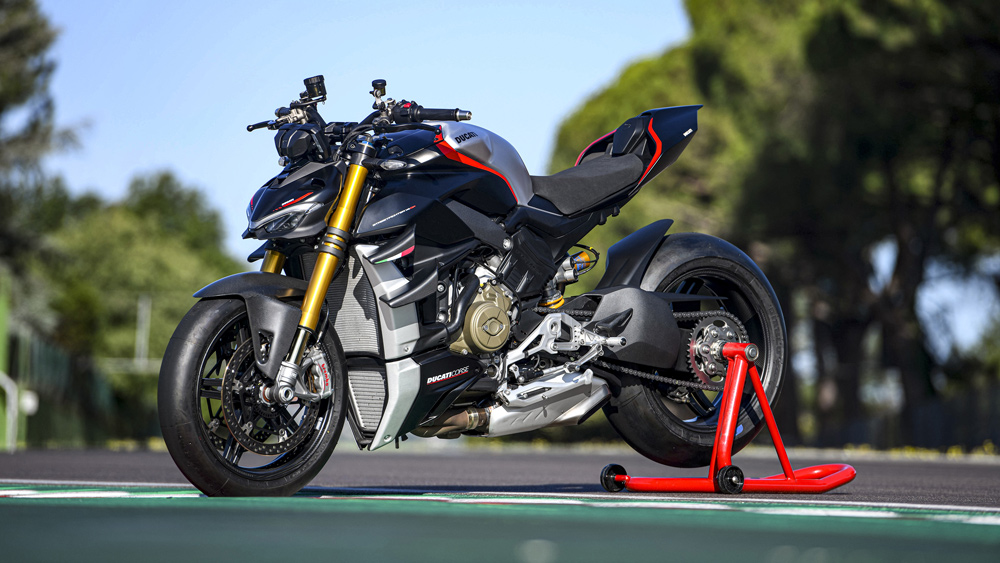 The SP, however, is graced with BST carbon-fibre wheels lifted straight from the Ducati Superleggera V4. These contribute to the bike’s lighter turning, faster acceleration and shorter braking distances compared to the other model variants. The SP version is also equipped with a race-spec STM dry slipper clutch, the latest-generation Öhlins Smart EC 2.0 electronics for the TTX36 shock and NIX-30 fork, radially mounted Brembo Stylema R four-piston brake calipers, a healthy dose of carbon-fibre bits—like wings and mud guards—as well as CNC-machined footpegs and a lithium-ion battery. And the beast comes in a special black, red and silver “Winter Test” livery in the same style as the Panigale V4 SP. 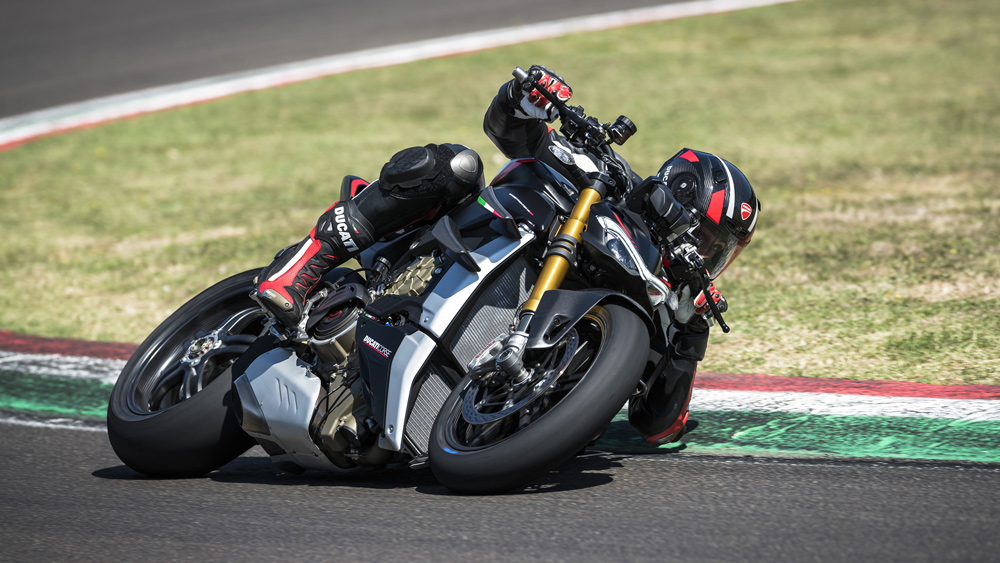 The big question is, does Ducati actually need to produce the SP? The short answer is “no,” because the V4 S is already so eye-wateringly fast and, let’s face it, relatively impractical for the lesser demands a naked bike has to satisfy.

Yet, to say “no” would be to underestimate just how much the Streetfighter name means to Ducati, and the commercial kudos that come from having the world’s apex naked bike. Aprilia moved the goalposts a couple of years ago with the Tuono X, and while that was a limited-edition machine, we suspect Ducati may have had a domestic score to settle via the V4 SP. 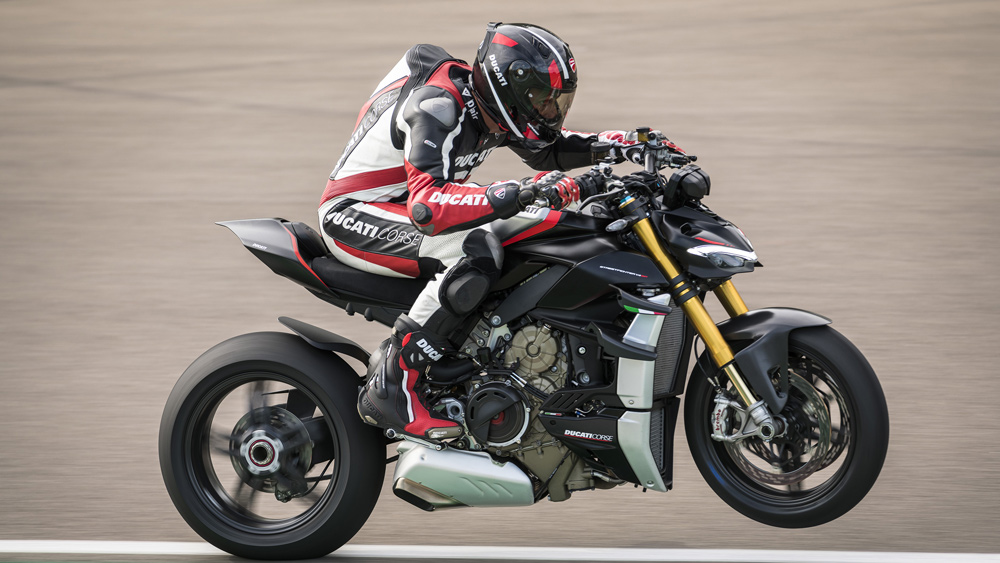 It’s a big time for the Streetfighter range because, along with this SP version, the junior Streetfighter V2 has just been released. However, it’s unlikely the manufacturer will come out with a Streetfighter V4 R, so this V4 SP will probably stay as the most exclusive Ducati naked bike you can buy. And, hey, when it looks this good, we can’t imagine it being topped.