“The burble of my exhaust unwound like a long cord behind me. Soon my speed snapped it, and I heard only the cry of the wind . . . The cry rose with my speed to a shriek: while the air’s coldness streamed like two jets of iced water into my dissolving eyes. I screwed them to slits, and focused my sight two hundred yards ahead of me on the empty mosaic of the tar’s gravelled undulations.” So reads an excerpt from T.E. Lawrence’s biographical work, The Mint, which describes a memorable ride on his Brough Superior SS100 motorcycle.

The acclaimed Welsh military officer, academic and author known the world over as “Lawrence of Arabia” owned seven examples from the British manufacturer, which shuttered motorcycle production in 1940. Today, Brough Superior, having been resurrected in the new millennium and now based in France, announced a model named after its most ardent admirer. 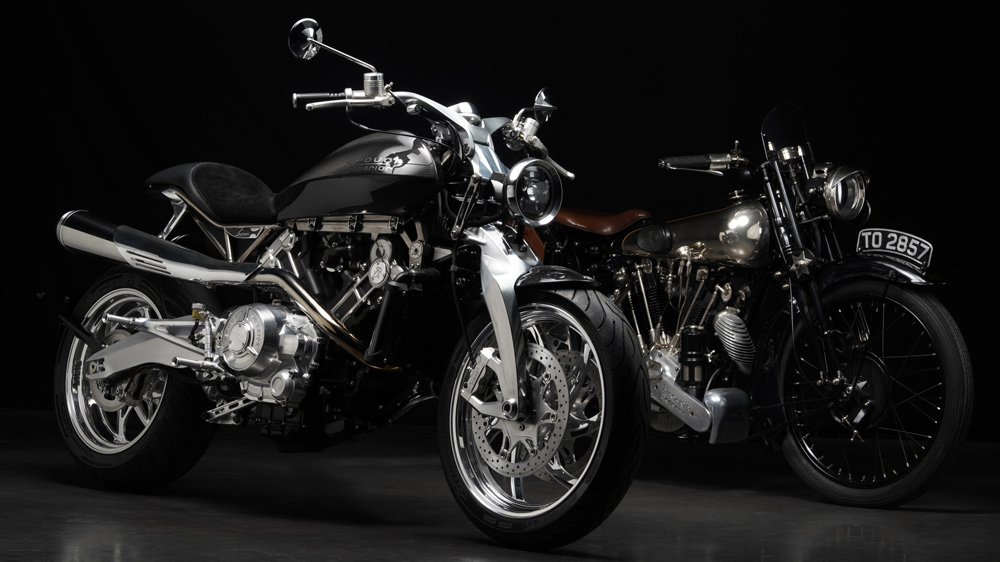 Originally intended to be revealed last year but delayed due to the pandemic, the 102 hp Lawrence is more than a tribute in moniker only. According to Albert Castaigne, executive director for Brough Superior, the model’s “muscular and fluid line is inspired by the Bedouin dagger that T.E. Lawrence wore on his belt, this is really visible on the full profile of the motorcycle, also evoked by the two claws on the top of the tank.” Castaigne also mentions that “the two mid-height-routed exhaust are a nod to Lawrence as well, with the same definition as that of Lawrence’s SS100.” 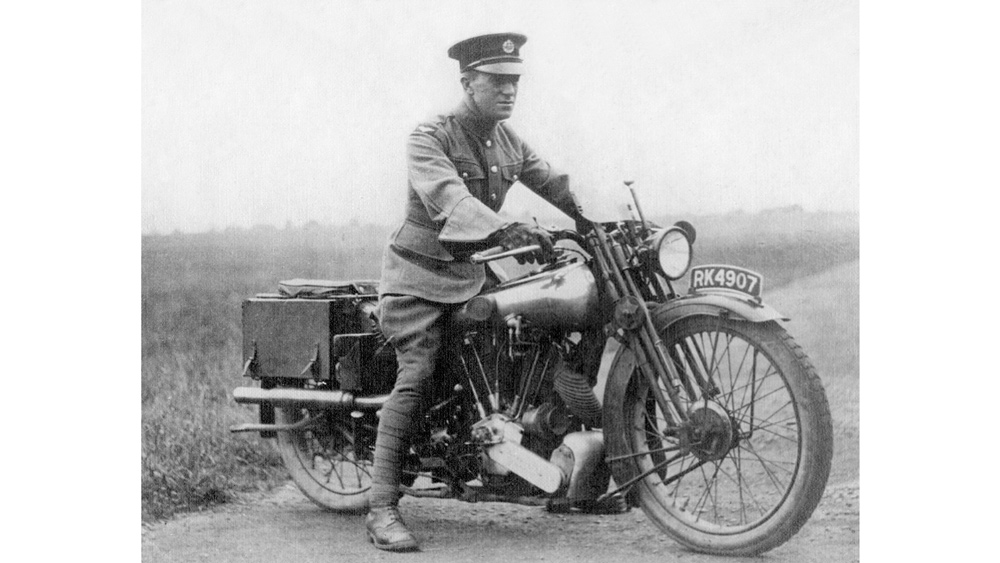 Brough Superior’s only two-seater is hand-built and features a titanium frame and subframe, carbon-fibre bodywork and a suspension setup that includes an aluminium front fork with a rebound adjustable mono-shock system which allows for 4.7 inches of travel. At the rear is an aluminium swingarm and a monoshock with travel of 5.1 inches. Stopping power comes from 230mm stainless-steel disc brakes—a four-disc and single-disc configuration at the front and rear, respectively, from French specialist Béringer. 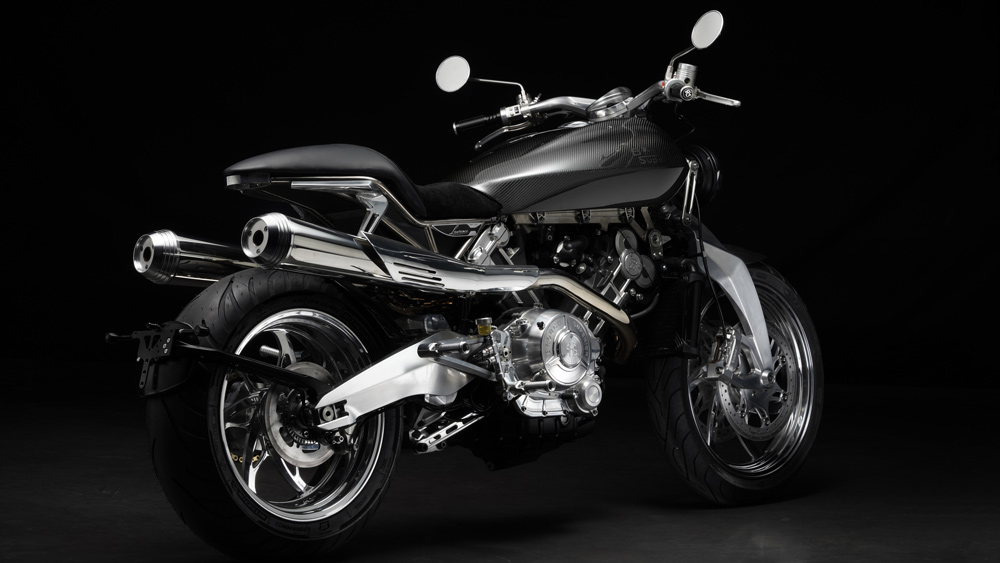 The exhaust configuration is reminiscent of that found on T.E. Lawrence’s SS100 motorcycles. Photo: Courtesy of Brough Superior.

For the engine, Brough Superior collaborated with another French firm, Akira, to create the Lawrence’s water-cooled, 997 cc V-twin four-stroke generating 87Nm of torque; that engine is mated to a six-speed gearbox. Servicing the power plant is a nearly 17-litre fuel tank. 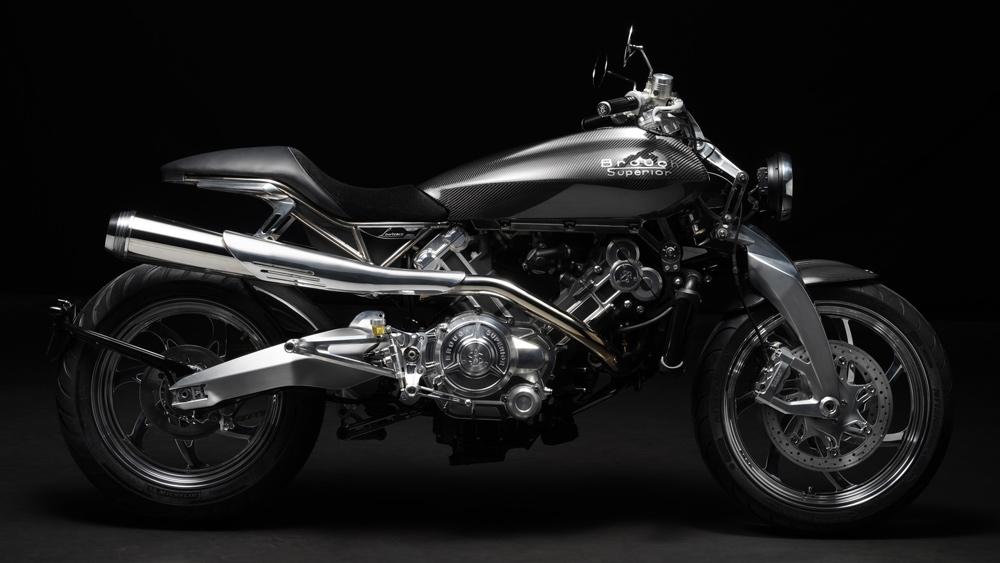 The Lawrence’s 997 cc V-twin is mated to a six-speed gearbox. Photo: Courtesy of Brough Superior.

Castaigne says that “the Lawrence is our vision of the Brough Superior of the 21st century,” and the intention of the model is to represent that goal in the ride experience offered. “It provides exactly what we were seeking: a lower position with a wide handlebar makes for easy handling, even if the rear tire is wider” compared to the SS100, he says. “As a sport cruiser, it perfectly supports you by the hollow shape of the saddle during acceleration.” 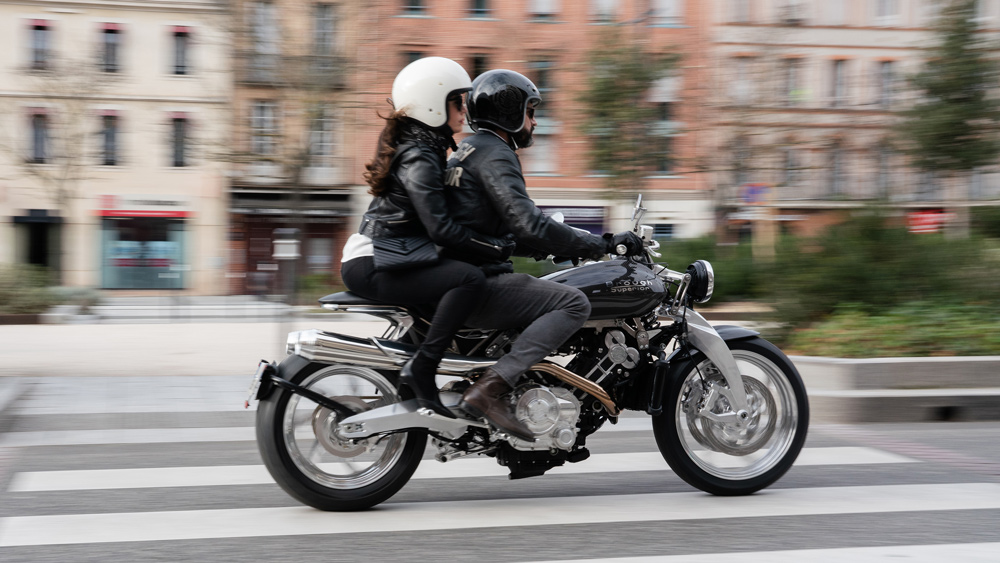 The latest release marks the fifth motorcycle in Brough Superior’s contemporary lineup, one that includes the AMB 001 (developed and co-branded with Aston Martin), the off-road Pendine, the 100th Anniversary edition and, of course, a reimagined version of the fabled SS100. The latter was initially produced by George Brough and his team in 1924 and was capable of cruising at 160km/h. 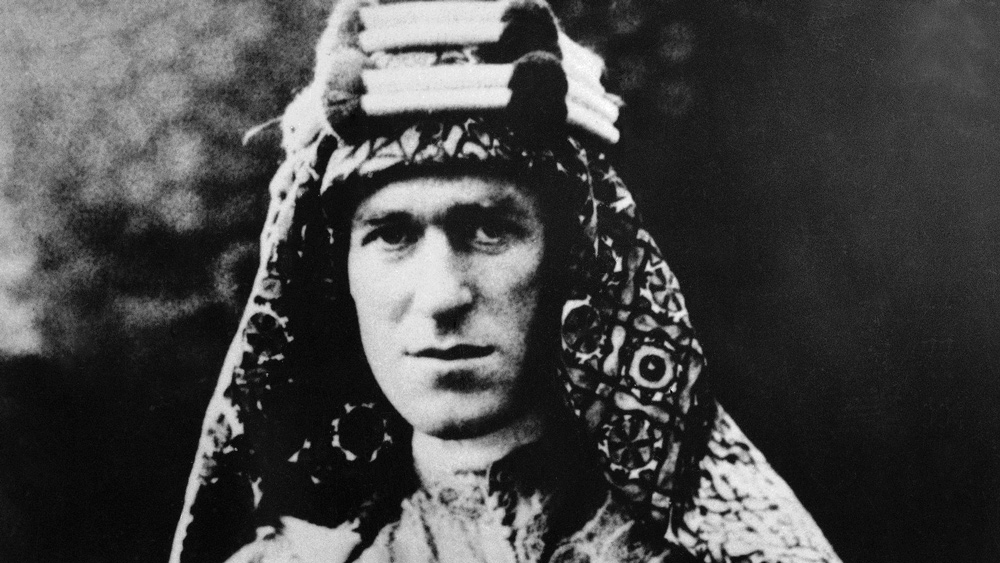 T.E. Lawrence, better known as Lawrence of Arabia, circa 1928. Photo by Associated Press.

It was while in the saddle of an original SS100, that Lawrence swerved to avoid children in the road and crashed on May 13, 1935, succumbing from his injuries days later. As part of Lawrence’s eulogy, English statesman Winston Churchill observed: “I deem him one of the greatest beings alive in our time . . . I fear whatever our need we shall never see his like again.”

Perhaps not, but Brough Superior continues to keep the Renaissance man’s memory alive in a way he surely would have appreciated. Fittingly, as Lawrence was born in 1888, only 188 examples of his eponymous motorcycle will be made, each available for €66,000 approx $102,00.