The Say Carbon 42 is fast, light and loaded with carbon fibre details.

Despite its standing as a leader in luxury and performance in the automotive field—think Porsche and BMW—Germany isn’t known for go-fast boats, especially not the sleek, high-tech supercar-like designs from the US, Italy and the UK. But one builder is changing Germany’s reputation with a 12.8-metre marine hotrod that combines carbon-fibre and big horsepower to create a fast, upscale experience on the water.

“We started this new era several years ago with our Say 29, and that bar has been raised to a new level by the Say 42,” says Karl Wagner, CEO of Say Carbon Yachts in Allgäu, noting the styling similarities between the two yachts. The design came from KET in Munich, a 30-plus-year-old firm with an impressive client list that includes Maybach, Mercedes-Benz, Rolls-Royce, Audi and Bugatti. “There is a clear connection with automotive design. So much so that I’d call the 42 a supercar on the water,” adds Wagner.

The twin V8 propulsion by Volvo Penta delivers a total of 860 horsepower. The 42’s lightweight construction, “wave-cutter” bow and deep-V running surface also combine to give it a top speed of 90km/h, while consuming about 50 per cent less fuel than comparable go-fast yachts. 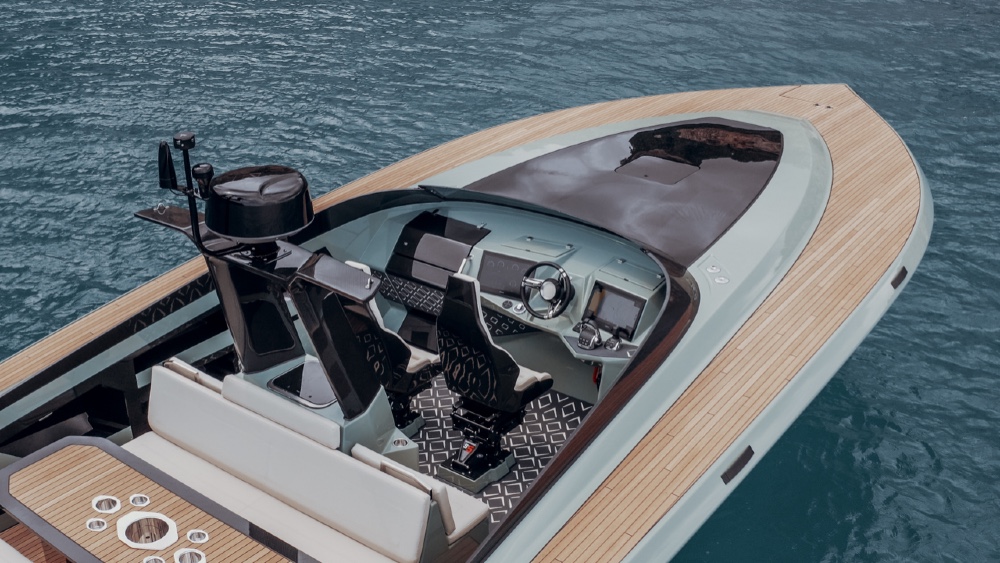 The 42 also has comfort-inducing options, like a hardtop for protection against the sun and Seakeeper stabilisers to eliminate rolling at sea. Beyond its spacious social areas up top, the boat also has a generous cabin for weekend cruising.

Say Carbon made sure to mix comfort into the design, including wide side decks for safe passage and a large sun lounge on the aft section—which can be used even when the boat is running at 74km/h. But the real differentiators on this boat are the design cues that include an exterior table for six with visible carbon fibre details, a carbon-fibre mast, and yes, two carbon-fibre helm seats positioned in front of large Garmin displays.

Weekend boaters will also appreciate the automatic anchor system which, at the push of a button, lifts out from the bow, moves forward and lowers into the water. The cabin also has gee-whiz features like a carbon-fibre electric door, a head with shower and toilet, and seating up front that makes up into a double bed. There’s also an unusually large skylight overhead for plenty of natural sunlight. 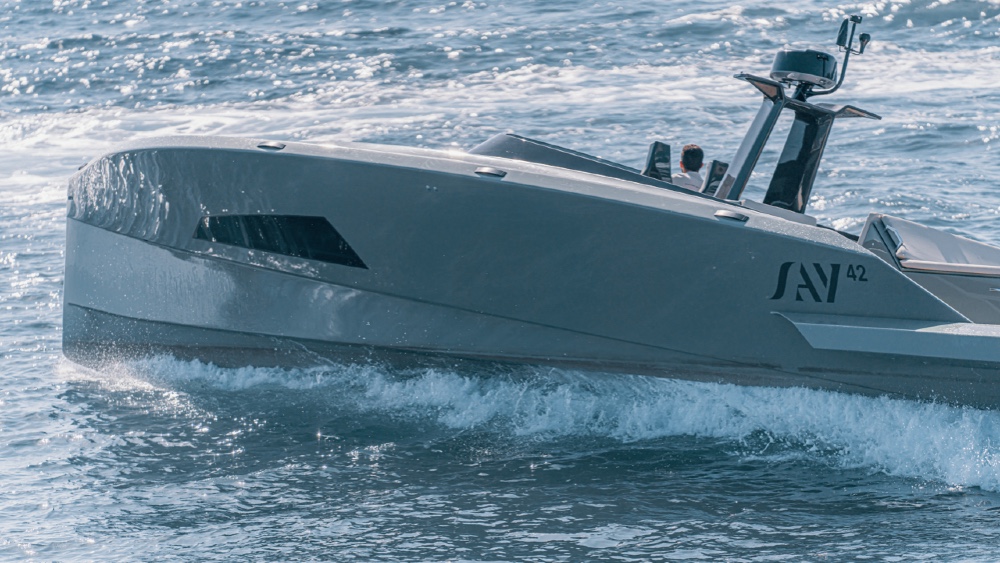 The yacht should do well for performance lovers who want a new look, but without sacrificing comforts. Hull number one of the Say 42 was delivered to a client in Ibiza in June, while the second hull is currently being built. The boat is priced at about $1,100,000.