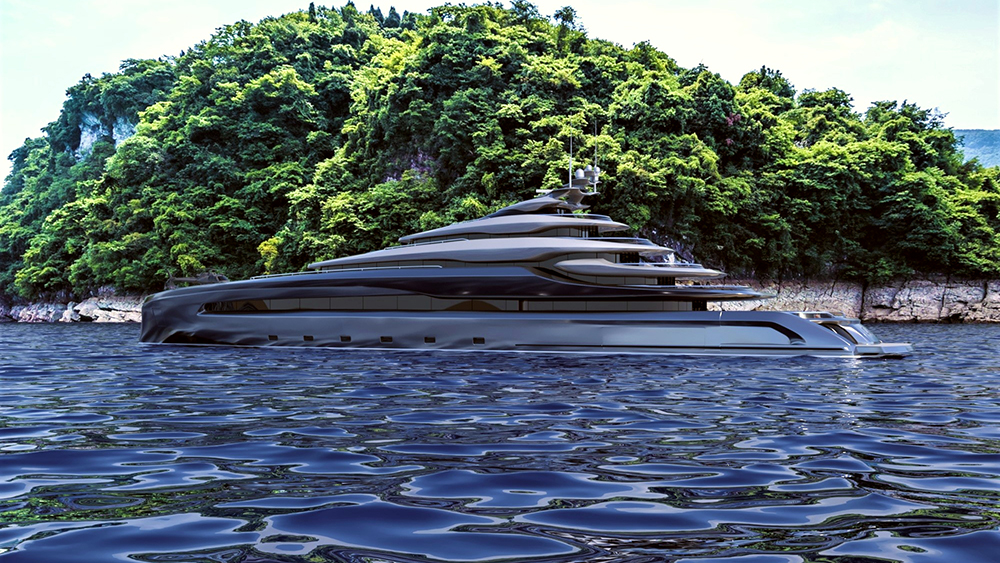 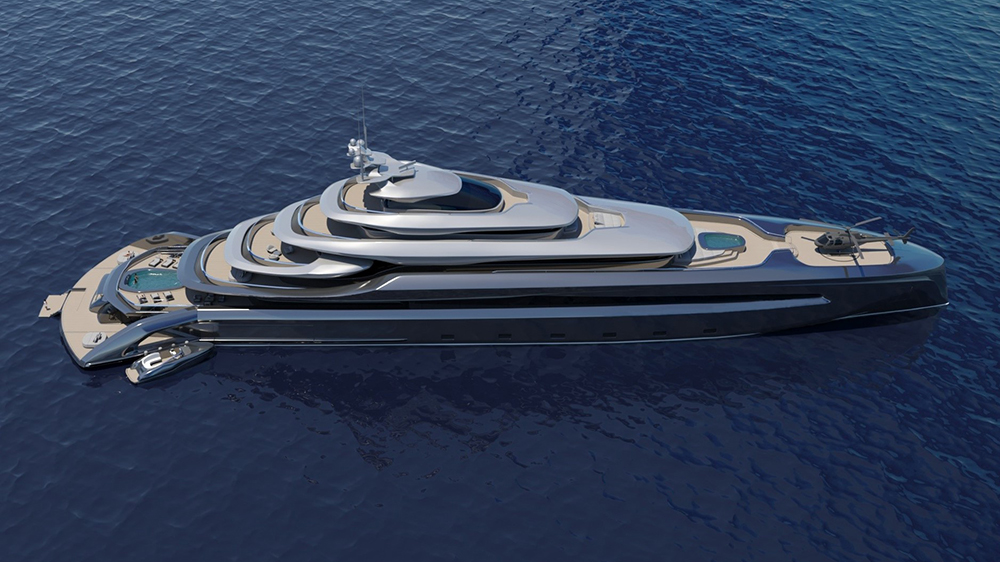 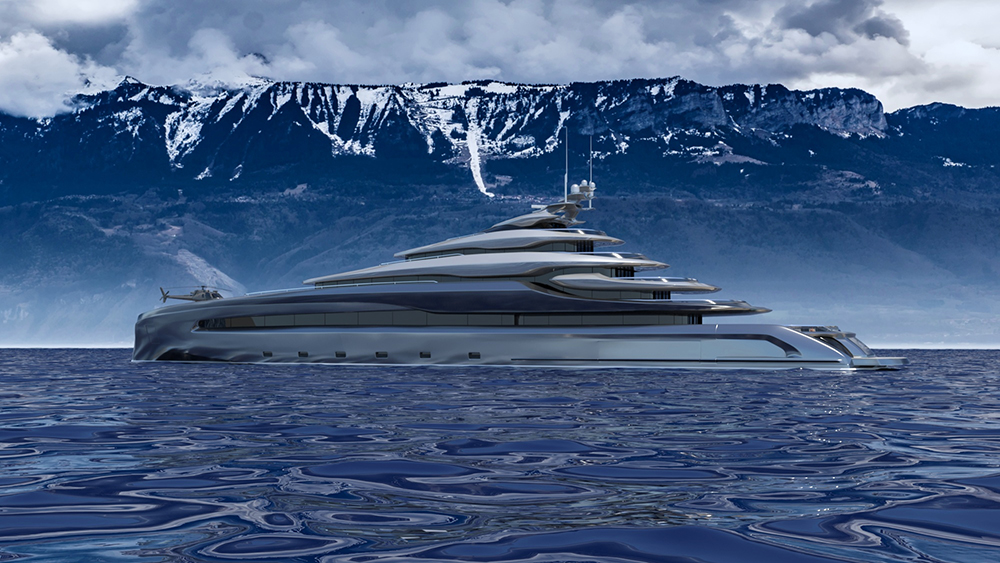 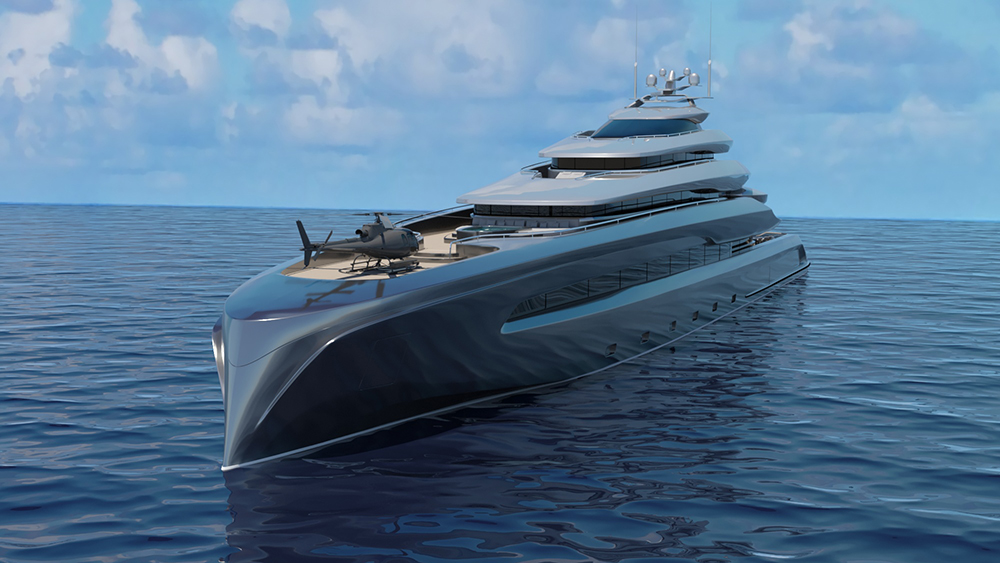 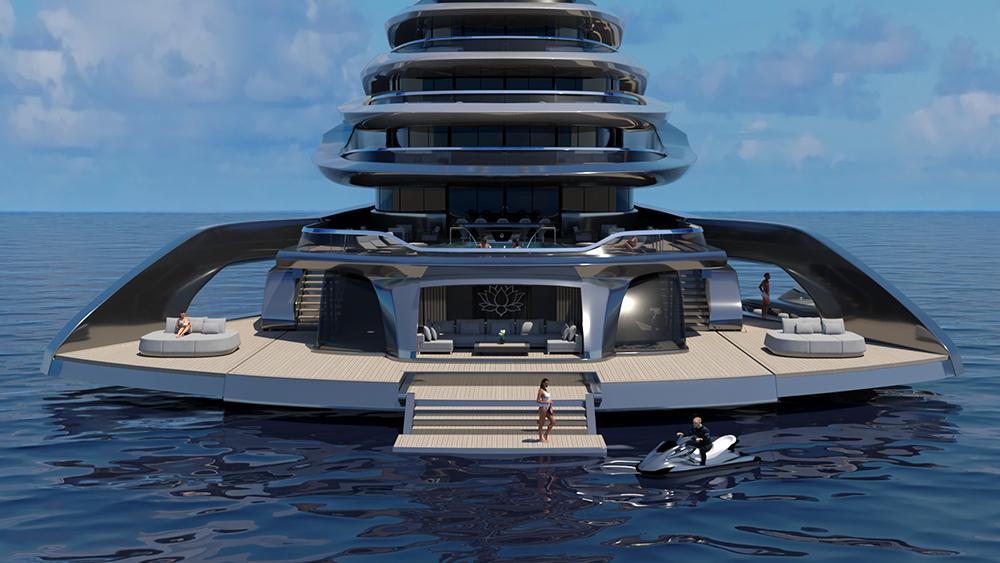 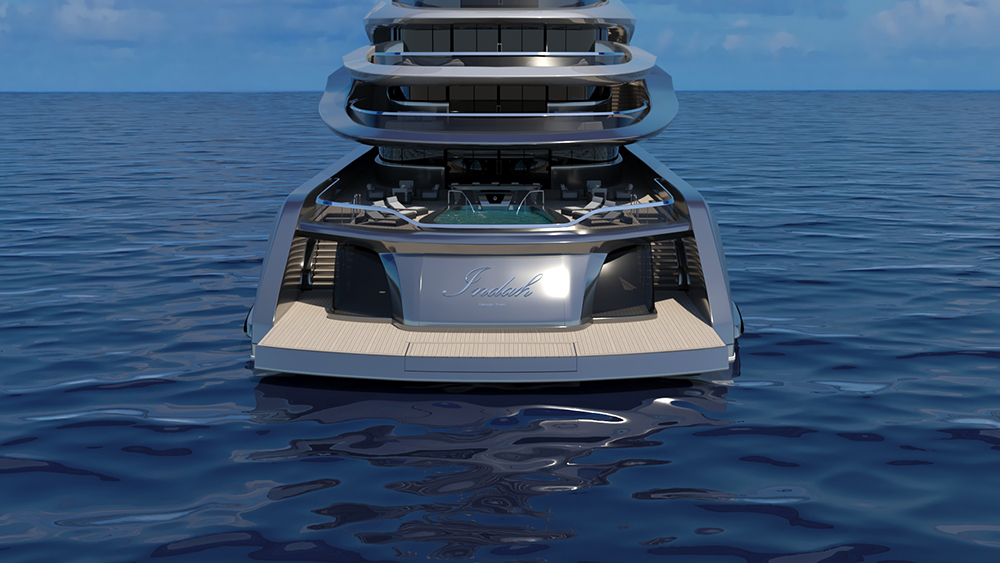 It’s no secret that beach clubs have become a popular addition to luxury yachts, but the one that adorns the new megayacht ‘Indah’ is unlike anything currently on the seas. In fact, it’s more like an epic waterfront entertainment venue, offering enough space for you, your friends and even your friends’ friends to enjoy.

The oversized beach club is the centrepiece of the 120-metre concept, which was penned by Opalinski Design House. The vessel sports a sleek steel hull, an aluminium superstructure and a wave-piercing vertical bow. It also features some nifty, origami-like engineering to give it more space aft.

The patented design is equipped with rotating transom bulkheads that expand outwards to reveal additional decking. These extended decks are then raised to level with the swim platform to create a sprawling beach club. This space features sunpads for seaside chilling, along with a gym and sauna that are discreetly hidden behind tinted glass. Seafarers will also have direct access to tenders, which can pull up next to the openings in the bulkheads. 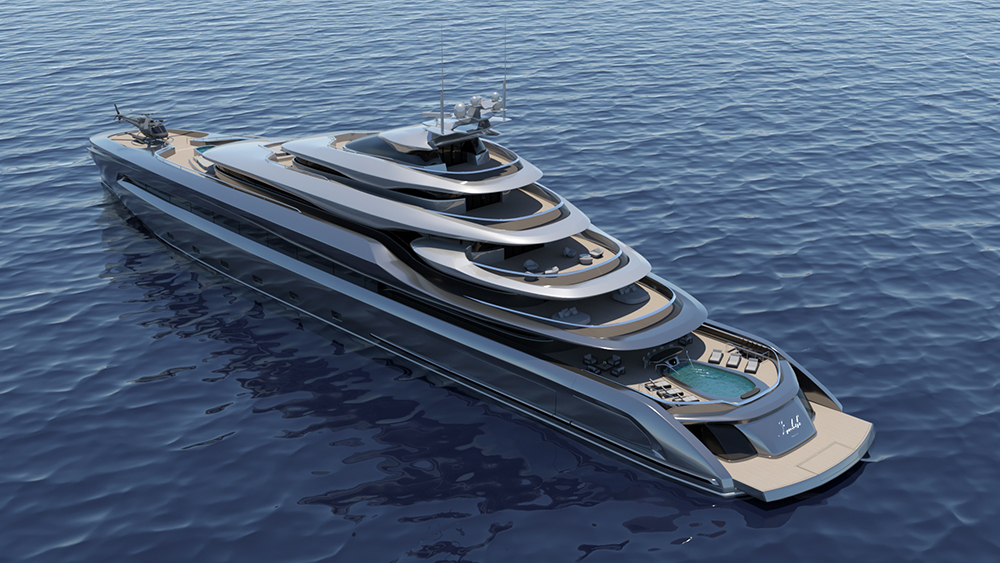 Beyond the beach club, ‘Indah’, which means “beautiful one” in Indonesian, features a massive 5500 GT interior and myriad luxurious amenities. She can accommodate a total of 24 guests across 12 cabins and the generous owner’s suite comes complete with its own dedicated aft deck balcony. She can also sleep a total 32 crew.

Elsewhere, ‘Indah’ offers a foredeck jacuzzi with sunbeds and a retractable sunshade, a sizable aft pool that overlooks the beach club, along with a haul of water toys. Owners can also choose to add a helicopter landing pad and hangar for further exploration at sea. 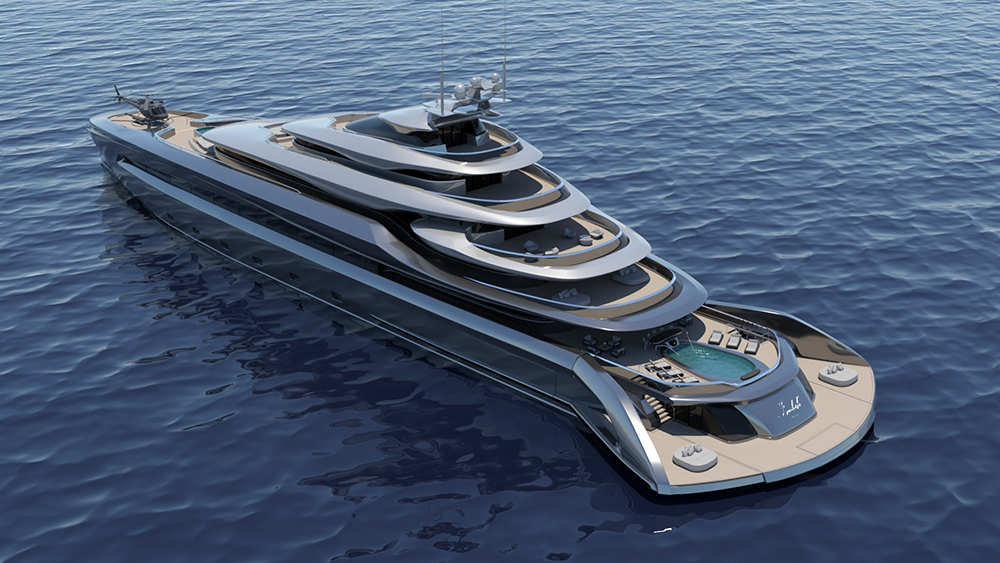 Billed as a “true ocean-going vessel,” ‘Indah’ will be fitted with a diesel-electric propulsion package for cleaner and efficient cruising. She will be powered by four MTU16V engines that together deliver a top speed of 24 knots and a range of 7,000 nautical miles. She will also have solar generating surface coatings and vertical wind turbines onboard to produce green energy.

Although ‘Indah’ is just a concept at this stage, the firm is currently offering to license the rotational transom bulkheads to selected manufacturers. That means we may be seeing many more ginormous beach clubs in the future.