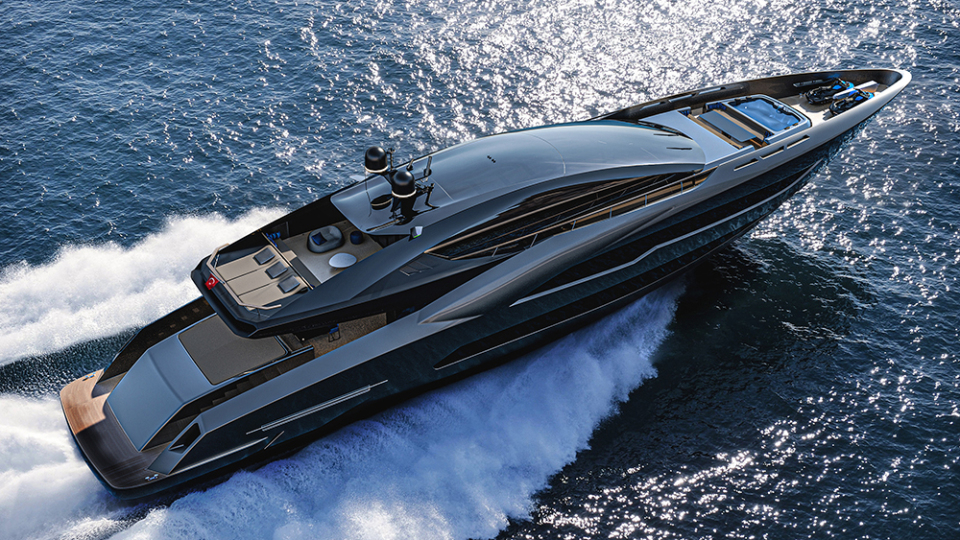 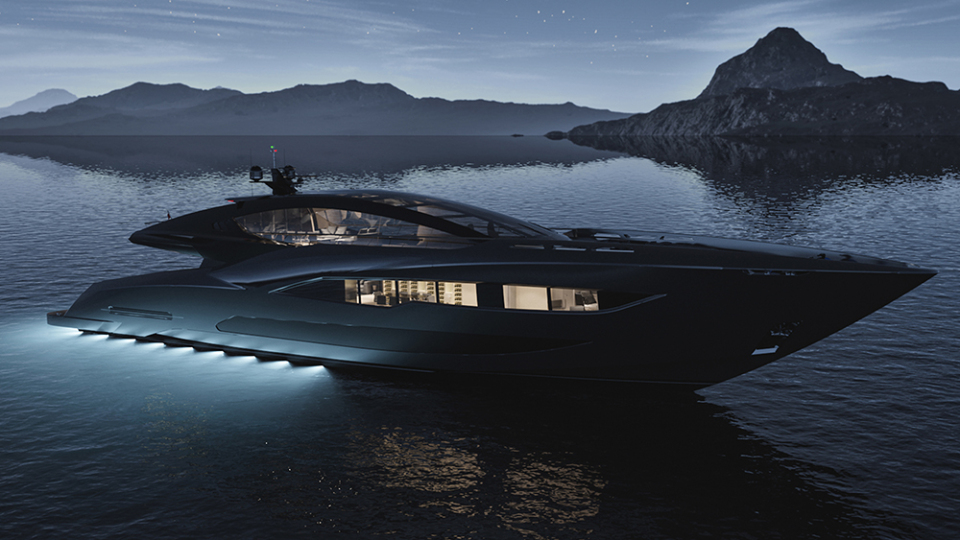 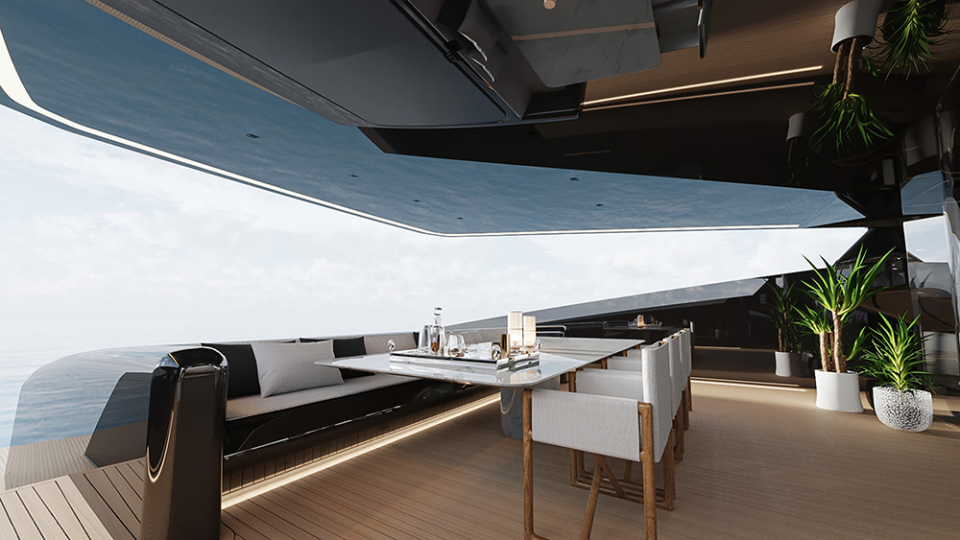 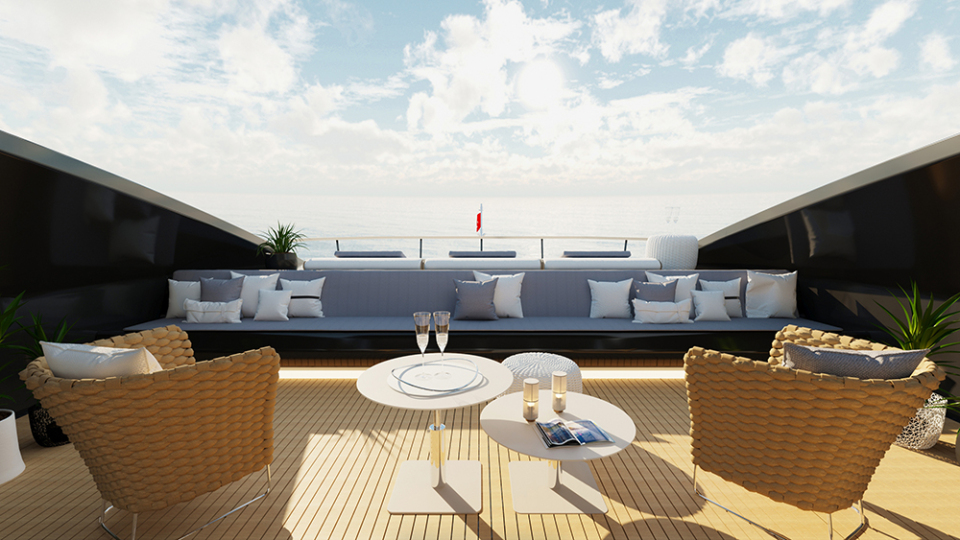 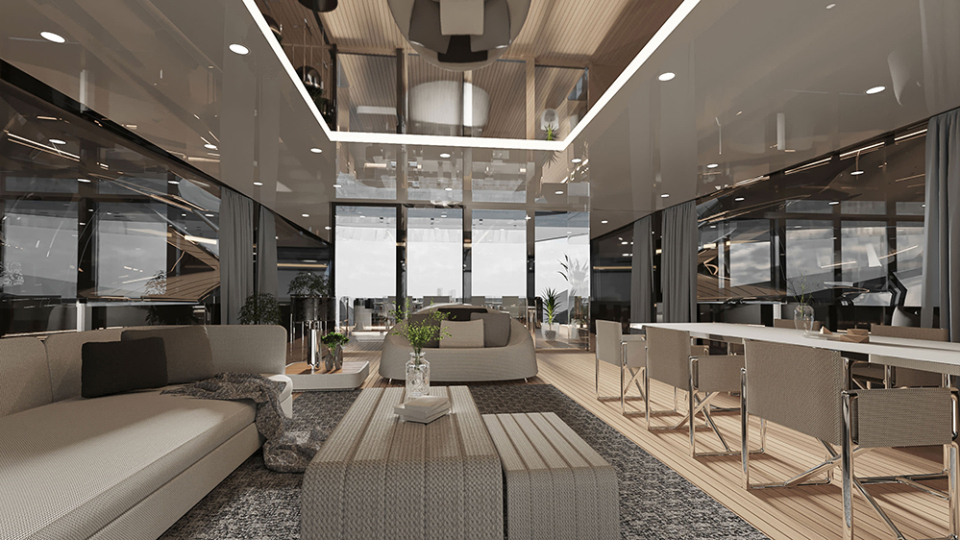 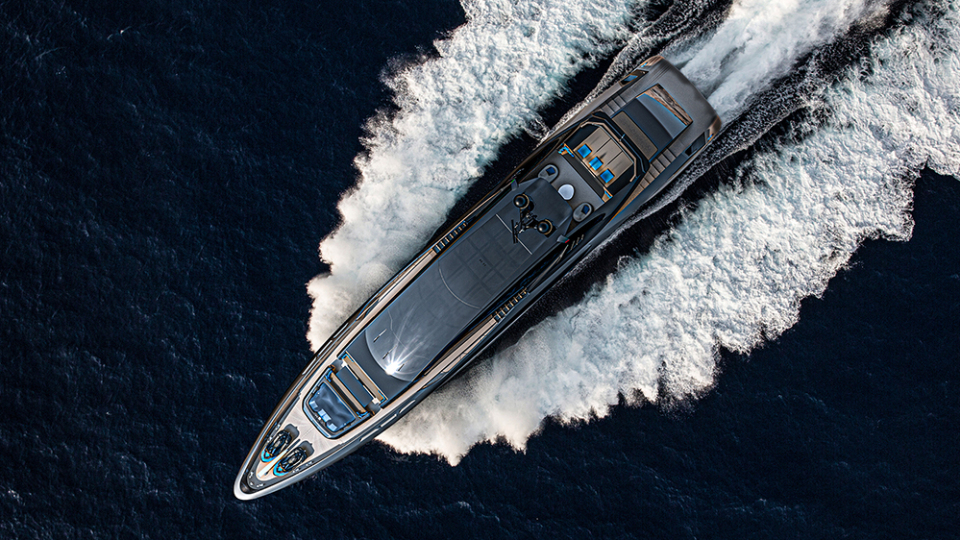 Officina Armare’s latest superyacht is BadGal by name, badass by nature. The menacing 43-metre vessel is billed as the studio’s fastest vessel to date and has attitude in spades.

“The bad girl of the sea” is characterised by an aggressive bow and powerful arched sides. She features swathes of black glass, a unique dome-shaped upper deck and lines that flow all the way from bow to stern, giving her a sporty yet elegant feel.

BadGal also possesses Officina Armare’s envelope-pushing DNA. She sports twin MTU 12V 4000CM93L engines along with a planing hull that sees her ride on top of the water instead of pushing through it like a displacement yacht. This means she’s unusually fast for her size and can hit speeds in excess of 29 knots, according to the shipyard. Her cruising speed, meanwhile, sits at 25 knots. 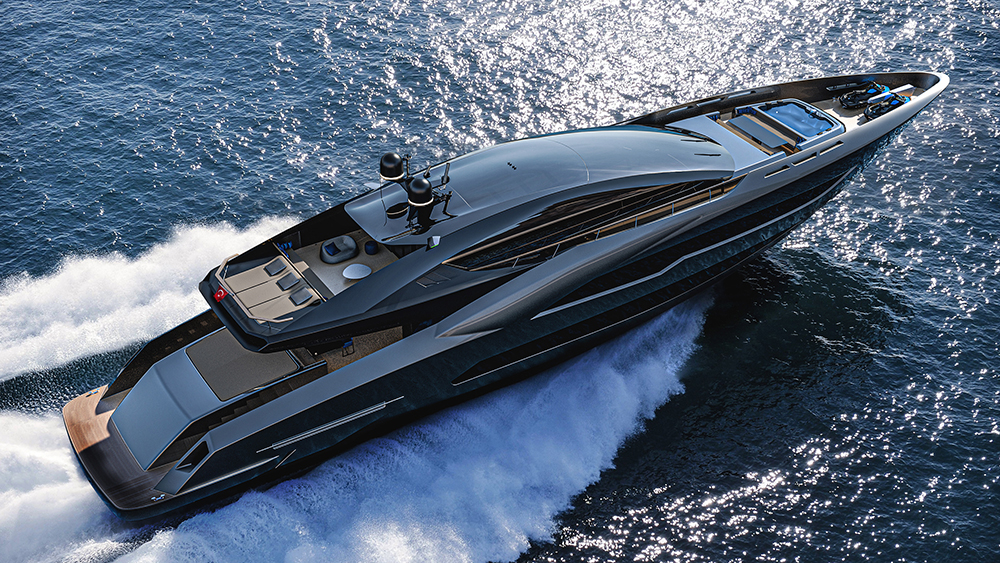 Officina Armare’s BadGal can reach 29 knots on the water.

BadGal also offers more space on board thanks to some clever design choices. Officina Armare opted for a v-drive transmission configuration which reduces the engine room area and gives more room in the lower deck. The bow mooring equipment is also hidden under the upper deck flooring to ensure a smooth overall aesthetic.

Inside, BadGal eschews naughty for nice and features the finest woods, stones and metals (think: mahogany and marble). She offers five sizable staterooms that can accommodate up to 10 seafarers and a layout that “guarantees total privacy and relaxation at sea.” She can also house six crew members in three crew cabins with bunk beds on the lower deck. The real pièce de résistance, though, is a glass-encased upper deck lounge that acts almost like an observatory offering uninterrupted ocean views. She also features a music studio, because why not? 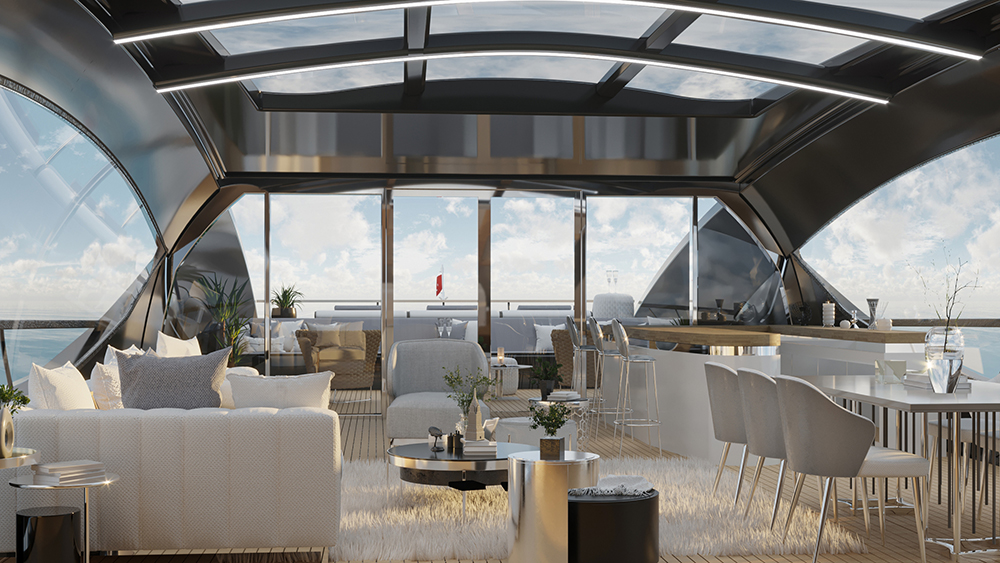 Of course, the vessel is fitted with a spate of top-notch al fresco amenities, including a jacuzzi, a pool and plenty of sun lounges to catch rays. The tender garage on the lower deck stores a mini BadGal tender that mirrors the superyacht’s style and requisite jet skis.

BadGal is due to be completed in 2023 and is listed for sale with Worth Avenue Yachts. Price is available on request.

On Board A Military Inspired Superyacht

A luxurious sentry on the seas.

The compact vessel can accommodate a large party of guests, with lounges, seating and a full upper galley.

The tri-decker’s spacious layout and stylish furnishings put it on par with any modern luxury yacht.