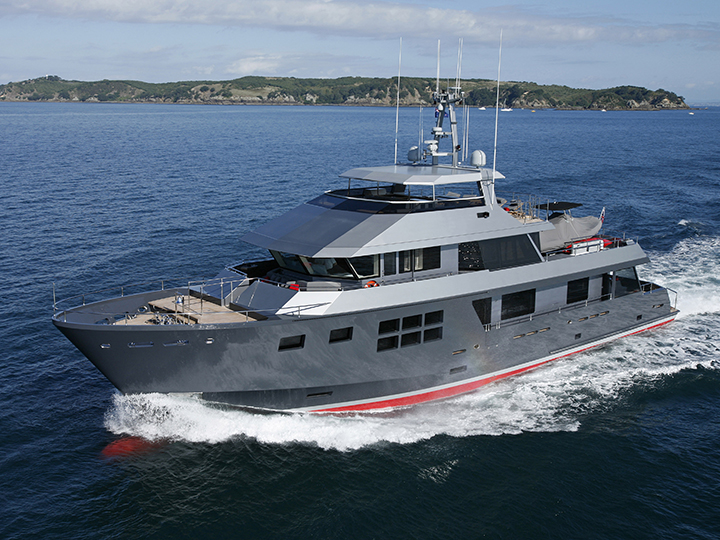 For $155,000 a week, explore the Australian coast in ridiculous luxury

A new fit-out has brought one of the region’s most distinctive expedition-style motor yachts up to a super-luxurious standard.

A new fit-out has brought one of the Asia-Pacific region’s most distinctive expedition-style motor yachts, ĀKIKŌ, up to a super-luxurious standard for charter cruising the Australian west coast and the South Pacific.

Originally manufactured by New Zealand’s Alloy Yachts in 2007 and launched as VVS1, the 34-metre yacht has been refitted by McMullen and Wing of New Zealand and dubbed ĀKIKŌ, a Maori word that means “at a great distance from home”. The yacht won four premium prizes at the World Superyacht Awards after its launch in 2008. The luxurious interior fitout completed this year includes an extensive artwork collection comprising numerous themed paintings and sculptures. It has five cabins including a Master on the bridge deck, a VIP cabin on the main deck, a double, and two twins with bunk beds. ĀKIKŌ also carries a twin-jet 10.5-metre tender, plus two 5.5-metre Barra boats that are used on Kimberley cruises. It also has two three-person waverunners, kayaks, stand-up paddleboards and surfboards, plus fishing, scuba and snorkelling gear. Crew on board include qualified dive masters and master fishermen. The yacht is skippered by Australian Ben Gillard, who has helmed charter yachts and superyachts for decades, including his most recent position on the 147-foot Intermarine LADY M. ĀKIKŌ will be based in Perth and plans have been made to cruise the Kimberleys from May until August; the Coral Coast in September; Perth, Abrolhos and Montebello Islands from October to December; and South-East Asia and the South Pacific during 2018.