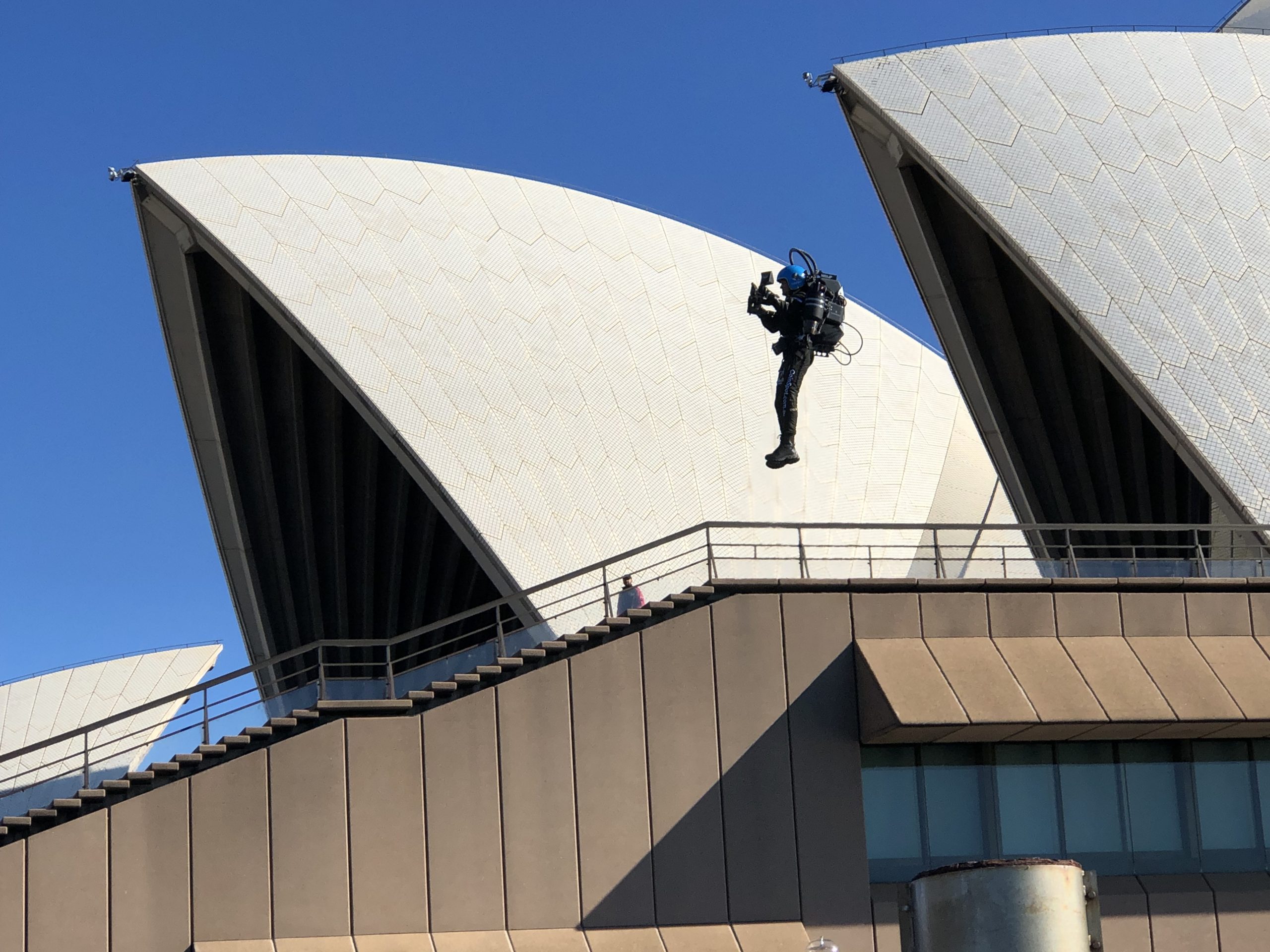 The consultant turned inventor took his JetPack for a spin around Sydney Harbour.

JetPack’s have long been been part of modern mythology, with many of us wondering when we will have our own personalised flying machines. Wonder no more.

“I was a little bit nervous, last time I flew in the harbour in 2010 was with a rocketbelt and I fell in the water, so it was good to get in the air and land safely.” says Mayman post-flight. “There is added pressure being a Sydney boy and flying in front of somewhere so iconic, but to do it and do it right is something special.”

For the best part of 15 years David has been obsessed with making personal aviation a reality. Through working with self-flight legends, Nelson Tyler and Bill Suitor, the Australian developed a prototype, taking its maiden flight in June 2015 before flying the JB-9 around the Statue of Liberty on November 3rd, 2015. 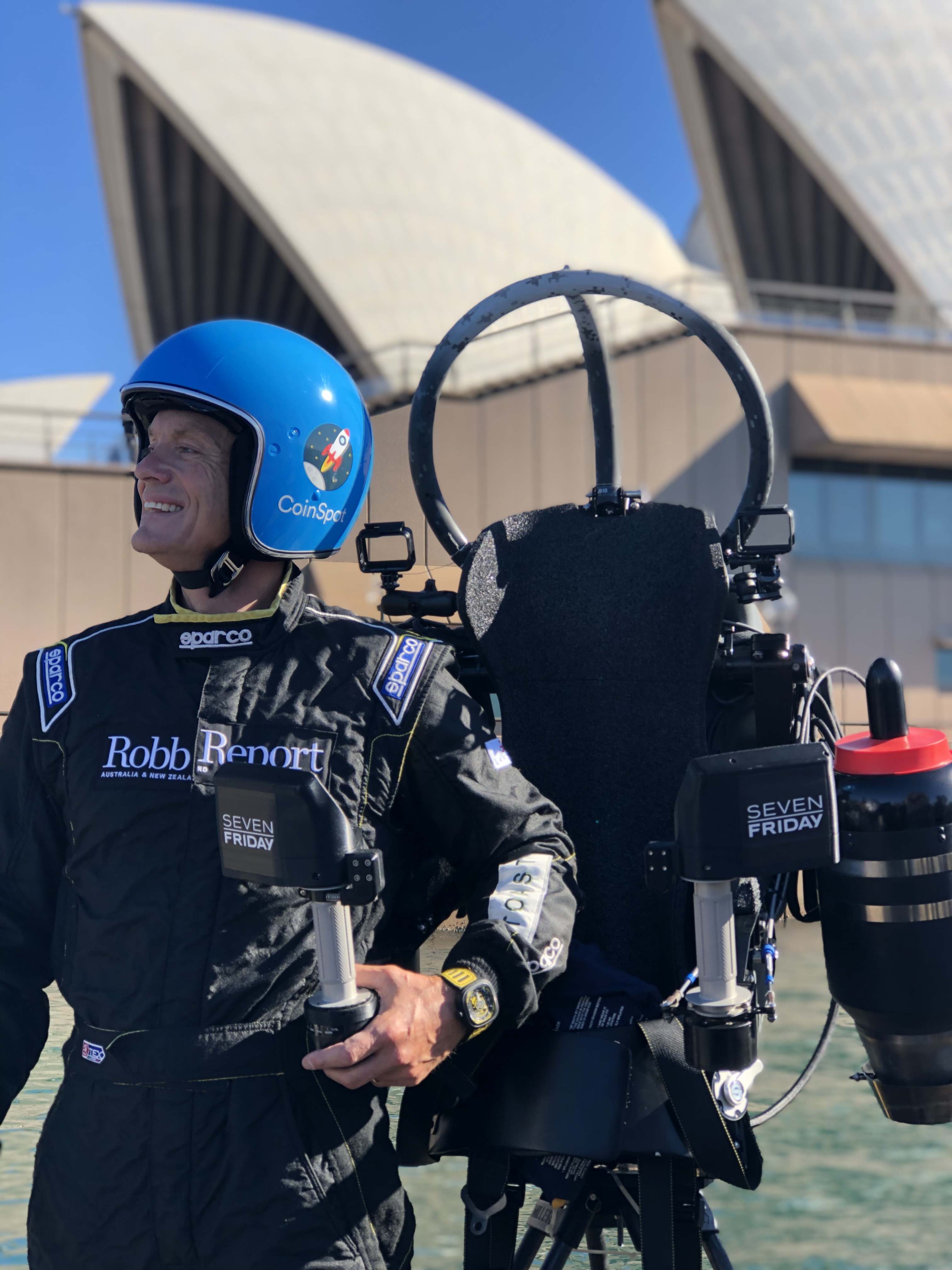 The JB10 runs on kerosene and can fly for up to eight-minutes depending on the weight of the pilot. The impressive machine has a top speed of over 140km/h. David expertly manoeuvred the flight-craft around Farm Cove, showcasing the impressive engineering.

Despite the success of the JB10, the team at JetPack Aviation are making their final tweaks to the JB11, an updated, more powerful and more enduring aircraft, along with plans for a a flying motorbike.

“That will [the flying motorbike] be the more practical application, people with no flying experience should be able to jump on one of those and fly-around,” explains Mayman.

Today’s flight is part of a promotion for the documentary Own The Sky, made by David’s best friend Greg Read, which details David’s obsession with making the first viable personal flight system. The film screened at George Street Cinema on Sunday 21 Julyand throughout the country later this year.