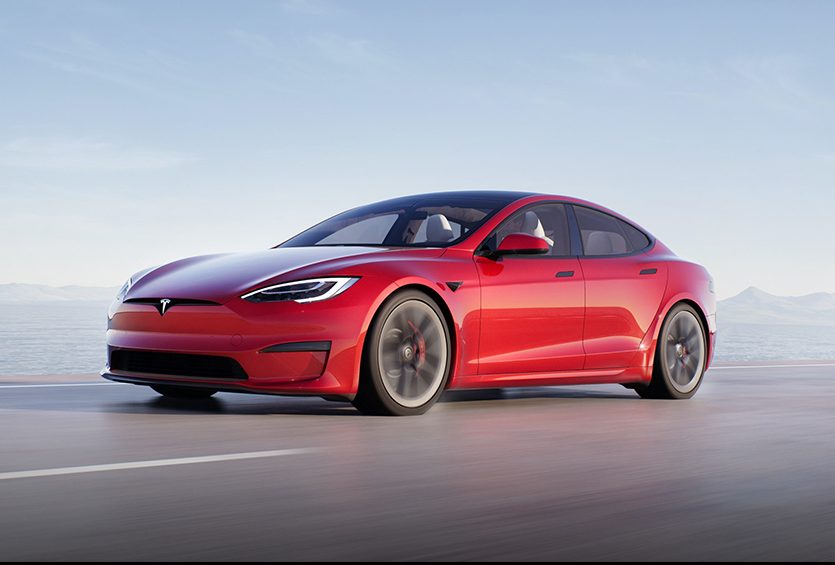 The new variant pushes the boundaries of the EV.

Tesla may be the undisputed leader of the electric revolution, but other automakers are making up ground quickly. Which might explain why the California-based automaker just dropped a redesigned Model S, a car that’s all but certain to solidify its place at the top of the EV pile.

Unveiled on Wednesday, the new Model S features a more aerodynamic exterior, a simplified interior and a more robust powertrain that can travel up to 836km on a single charge. Whether the marque will admit it or not, the new edition certainly looks like Tesla’s attempt to upstage much-buzzed-about cars like the Porsche Taycan and Lucid Air. 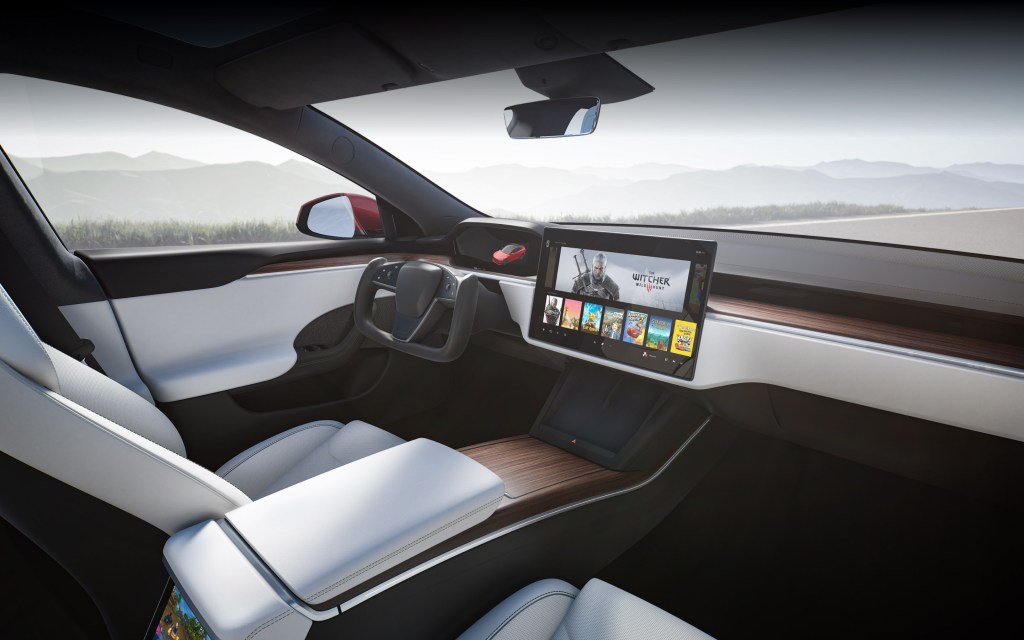 The comprehensive refresh is the first major redesign the Model S has undergone since it was introduced in 2012. But from its exterior, you wouldn’t know much has changed, as the new sedan doesn’t look radically different from its predecessor. It does seem sportier, though, thanks to a sleeker hood and rear. Tesla claims these seemingly minor tweaks make the Model S the world’s most aerodynamic production vehicle, with a drag coefficient of 0.208. The glass roof also now comes standard.

The car’s interior has undergone a much more extensive makeover. The cabin shares the same futuristic design as the EV maker’s other vehicles, but it’s more streamlined. In fact, the front seat area is downright spartan compared to other EVs in its class. The dash features two screens: one for the driver and one positioned in the centre that controls the car’s infotainment system (which now also offers videogames like Cyberpunk). The steering wheel has also been swapped out for a rectangular steering yoke, more like something you’d find in a plane (or David Hasselhoff’s KITT car from Knight Rider). There’s also an additional screen on the center console in the back from which passengers can choose their own entertainment options. 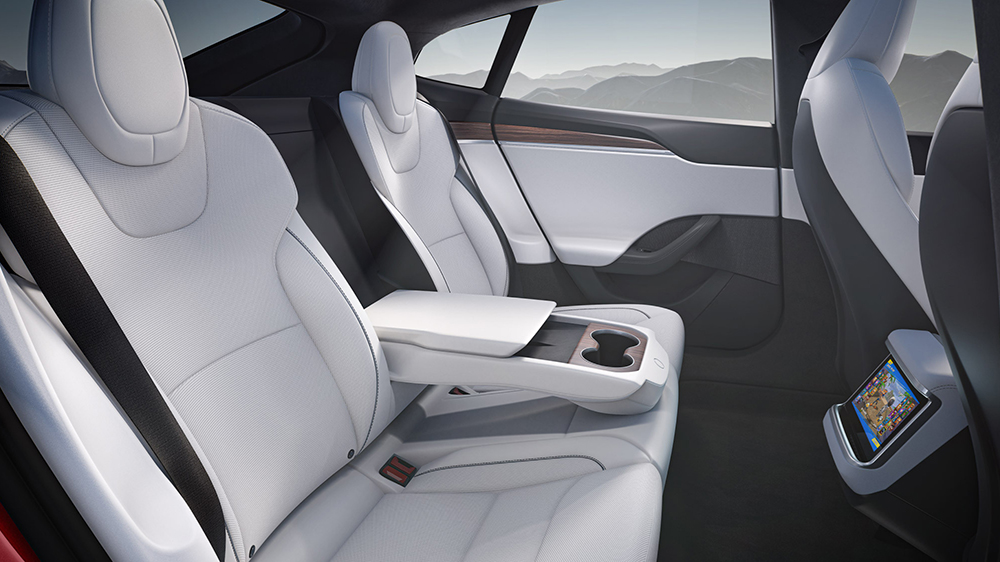 The back seat of the redesigned Model S Tesla

The upgrades to the powertrain and battery may well be the most impressive part of this redesign. The “Long Range” dual-motor version of the EV will have a range of 663km, while the “Plaid” model will be able to go 627km on a single charge. The slight dip in range will be worth it to some as its powertrain will be able to deliver an astounding 760kW. That level of grunt will make the car rocket from zero to 97km/h mph in 1.99 seconds (a production-car record) and hit a top speed of 320km/h (with the “right tyres,” according to Musk).

Maybe most intriguing of all, though, is the upcoming “Plaid Plus” variant, which can do everything the regular “Plaid” can but also promises an industry-topping range of 836km. For those keeping score at home, that’s five kilometres more of range than the Lucid Air.