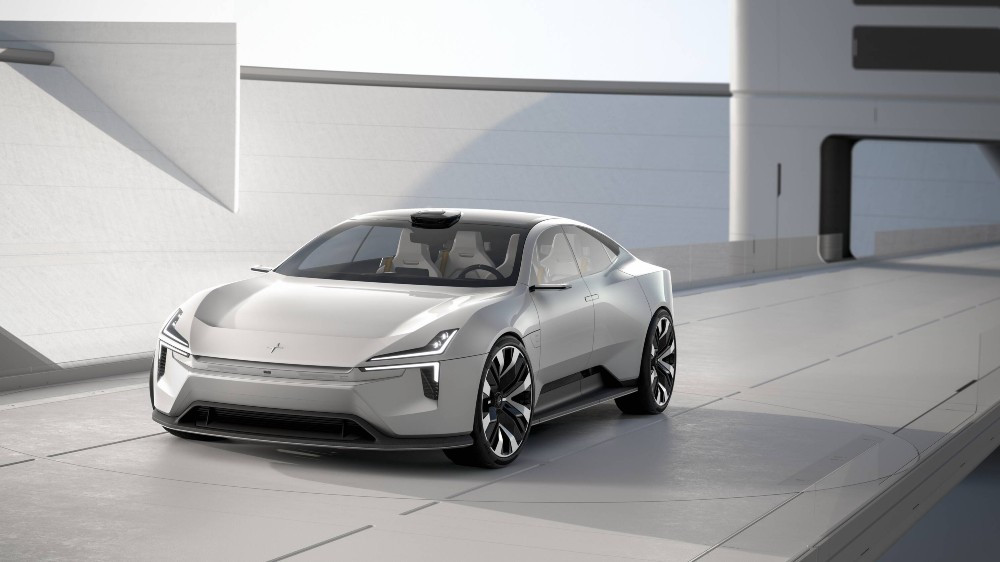 Unlike most concepts, Polestar’s EV prototype doesn’t feel that far from reality.

Concept vehicles are a chance for auto companies to show off their boldest visions of the far-off future. But in the case of the all-electric Precept, the new prototype from Volvo’s premium division, Polestar, the future may be closer than you think.

The Swedish brand has approached its latest EV concept in a way we’re not used to seeing from automakers. Rather than focusing on out of this world performance specs and over-the-top futuristic features, Polestar prioritised design and sustainability with the four-door Precept. And the result looks like something we can expect to see on the road in the next few years.

Because this is a concept vehicle, any discussion of the Precept has to begin with its styling. And what’s most striking about the EV is how normal it looks. That’s not to say it looks boring, in fact, far from it. The sleek sedan has a definite futuristic aesthetic, harkening back to the vehicles in movies like Blade Runner and A.I., only softer. With its dramatic lines, gorgeous detailing and a bold lighting package, the prototype is much more aggressive than the brand’s more traditional production models—the Polestar 1 coupe and Polestar 2 two-door hatchback—but also wouldn’t look out of place on the road.

The interior of the Precept is decidedly more restrained but no less interesting. Two large displays dominate the front, a 12.5-inch digital gauge cluster from which drivers can monitor vehicle and trip status and a 15-inch vertically oriented touchscreen that controls the car’s Android-powered infotainment system. As impressive as these may be, even more so is that the majority of the cabin is made from environmentally-friendly materials, according to the brand. These include interior panels and seatbacks made from flax-based composites, bolsters and headrests made from recycled cork vinyl, 3D-knitted upholstery made from recycled plastic bottles and carpets made from reclaimed fishing nets.

Inside the Polestar Precept concept Polestar

Polestar didn’t have much to say about the car’s electric powertrain, other than that its 3.29-metres wheelbase has room for a “large” battery pack. On the tech front, though, the company revealed that the Precept will have all its sensors, along with dual radar and a high-definition camera, bundled into the grille-less nose, while a LIDAR module on the glass roof will enable most of its driver-assistance functions. And, as is becoming increasingly popular abroad, the rear and side-view mirrors have been replaced by cameras.

“Polestar Precept’s aesthetics are rooted in cutting-edge technology rather than looking back in time at historical, automotive references,” Maximilian Missoni, the automaker’s head of design, said in a statement. “At Polestar we see technology as an enabler, as a tool to solve our society’s problems and we translated this attitude into a new set of design principles. The combination of sustainable materials and high-tech smart systems opens an entirely new chapter of avant-garde luxury design and shows where Polestar is heading.”

Polestar’s Precept will make its public debut at the Geneva International Motor Show, which runs from March 7 to the 11. While the brand hasn’t announced any plans to put the car into production any time soon, we wouldn’t be surprised to see this concept—or at least major aspects of it—become a reality sooner than later.

See more pictures of the Precept below: