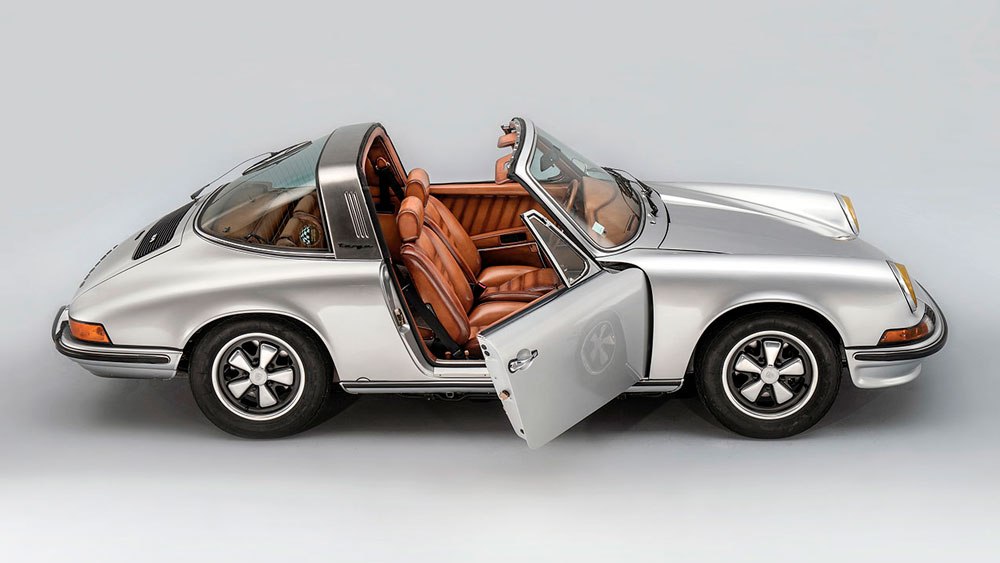 Menswear and leather specialists Berluti have been creating luxurious bespoke goods for more than a century, and some of the Parisian brand’s most exemplary work takes centre stage in a newly launched Sotheby’s online auction. The “Berluti: The Art of Craftsmanship” 14-lot collection is spearheaded by a Porsche 911 Targa 2.4-litre that’s had the interior reimagined by Berluti, draping it in natural-grained leather.

Bidding for the Porsche has opened at €120,000 (around $190,000) and the winner will get quite a treat. The 1973 Targa features a 2.4-litre S engine, an air-cooled flat-six that’s good for 141kw. The ’73 Targa is the final production year of the long-bonnet and narrow bumper F-series, and it’s a desirable early 911 because it shares a lot of parts with the 2.7-litre RS, including the stronger 915 gearbox, aluminium brake calipers, a front-mounted oil cooler and the 85-litre fuel tank that was only offered in the RS.

To this storied machine, Berluti has added a number of leather flourishes, all completed by hand in France under the care of Berluti’s colourists and expert upholsterers. There’s a leather-trimmed dashboard, with open seam and double top-stitching, Boucle wool floor mats, a Venezia-patinated leather driver heel pad, a hand-stitched leather-sheathed gear shift knob, Venezia leather front boot and engine compartment trims, and a Targa roof in alpaca with leather headliners. The finished effect is rather stunning, and we bet it smells absolutely incredible in the cabin, but Berluti didn’t stop there. Completing the lot are a Berluti gym bag and leather driving shoes.

Lot number two is a bespoke Triumph motorcycle that’s based off the Bonneville T120. It’s for track use only, and Berluti has reimagined the bodywork to evoke a ’20s and ’30s feel, capping it off with Vitello Fiore supple leather-clad saddle seat and handlebar grips. A leather helmet and riding boots complete the lot, which has an opening bid of €17,000 ($26,911). 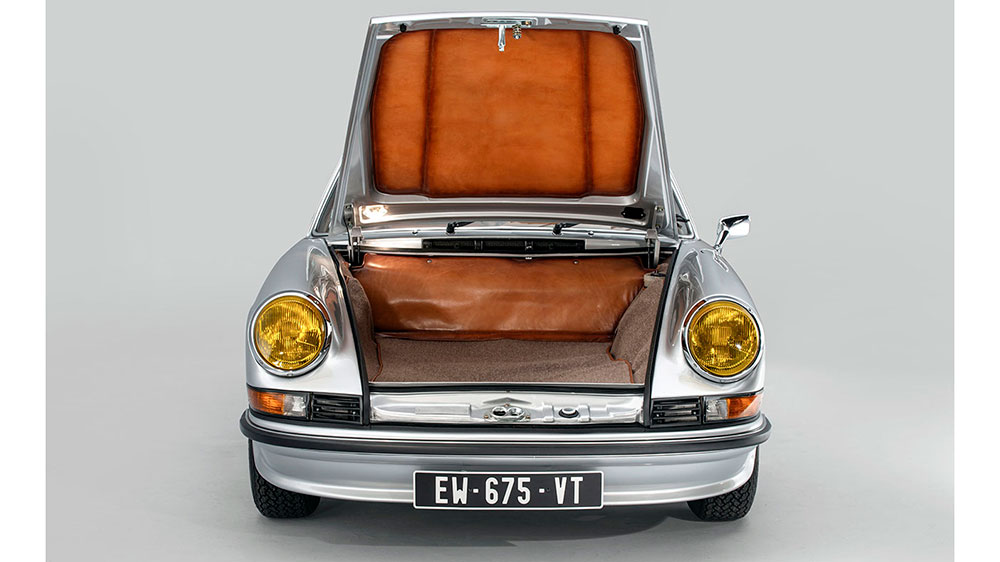 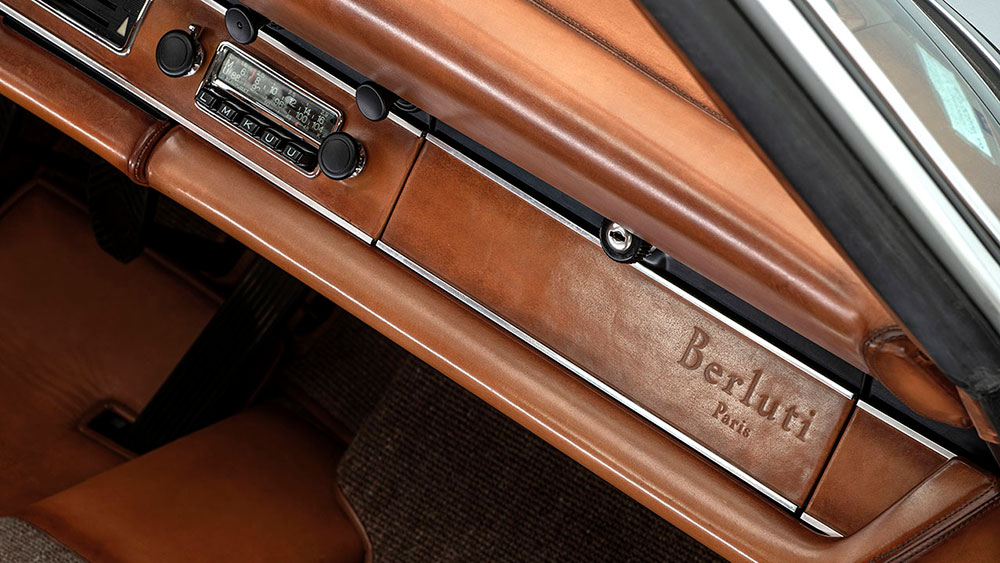 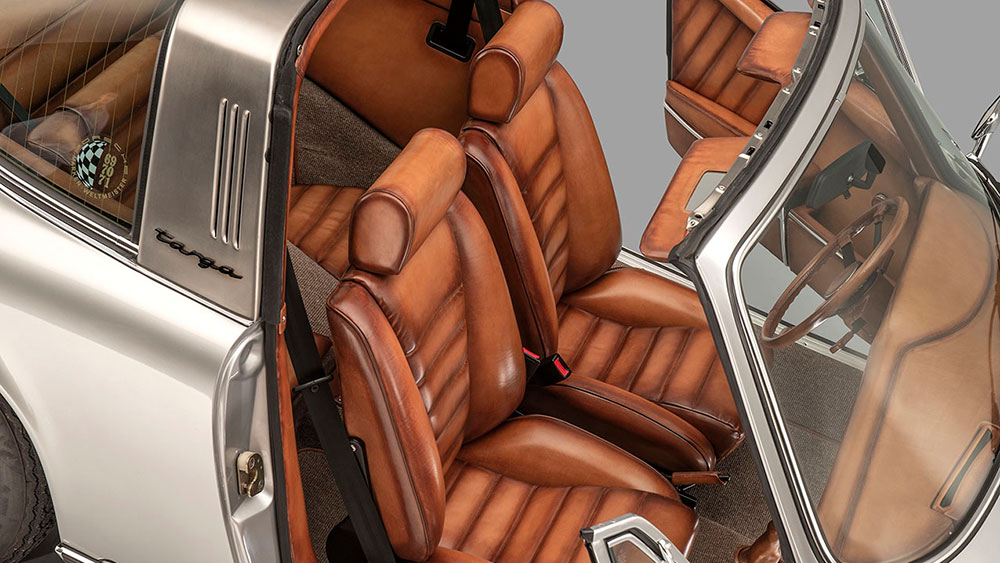