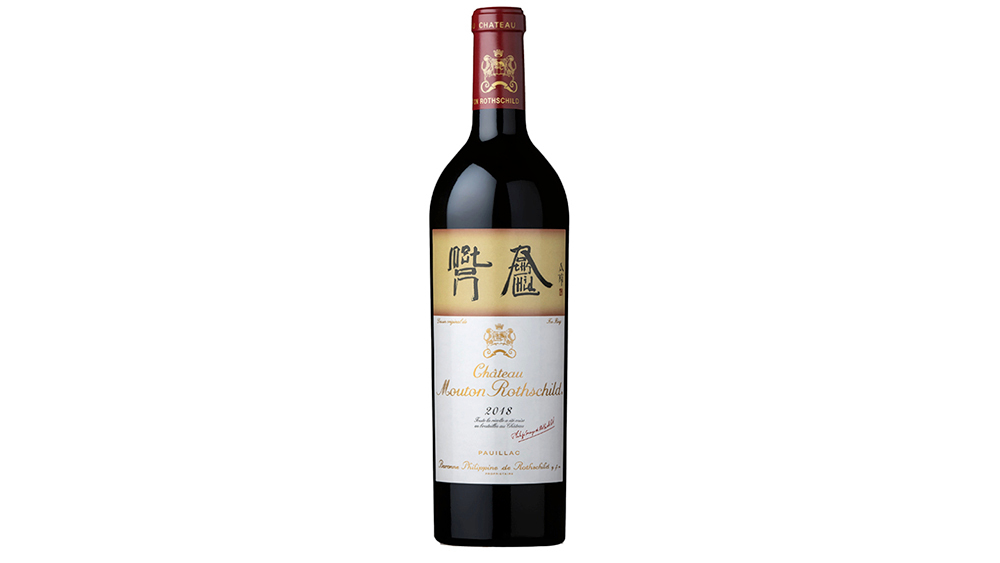 The Bordeaux’s impressive new accolade comes courtesy of the Tastingbook’s Best Wine of the World Competition. For the past three months, the wine information platform has been compiling votes to work out which of the world’s vino reigns supreme across 10 different categories.

More than 190,000 wine professionals and enthusiasts from 115 countries weighed in, casting some 3 million votes against 204,675 different wines. After this voting period, the top 100 in each category went on to be judged in two blind tastings carried out by Masters of Wine, Tastingbook professionals and other connoisseurs.

The Rothschild drop received the highest scores in the finals and took home the title of Best Wine and Best Red. Composed of 86 per cent Cab Sauv, 12 per cent Merlot, 2 per cent Cab Franc and a splash of Petit Verdot, the 2018 vintage is said to be medium- to full-bodied with a palate that delivers waves of spiced black and blue fruits. To top it off, it looks good, too. The label was designed by prolific Chinese artist and writer Xu Bing.

“Mouton 2018 conveys all the unique personality of its site, along with the depth and richness of the vintage,” Jean-Emmanuel Danjoy, director of Baron Philippe de Rothschild, said in a statement. “We are delighted and proud that it shined and was recognised at such a level during the blind tasting finals.”

The best Rosé was awarded to the Ixsir Grande Réserve Rosé 2018 of Lebanon, while the best Champagne went to France’s Rare Champagne 2008. Australia’s Penfolds estate claimed Best White for its Yattarna Bin 144 Chardonnay 2018 and was also named the World’s Best Winery.

The US cleaned up in two categories thanks to the ever-fruitful Napa Valley. The Best Cabernet Sauvignon was awarded to Bond St Eden 2015 while Promontory, opened in 2017, was crowned the World’s Best New Winery. Promontory’s own Cory Empting was also named the World’s Best Winemaker.

If all this has made you a little thirsty and you’d like to try the world’s best wine, a bottle of 2018 Chateau Mouton Rothschild will set you back around $1300 a pop.