Drinking In Greatness With Help From Penfolds

What’s it like to sit and sample nearly every bottle of Grange ever produced – including a ‘unicorn’? We went along to Penfolds for four days to find out.

A good cellar is one of those assets equally capable of returning dividends franked by both pleasure and pain.

There will always be wines that die quiet deaths in the forgotten corners of our cellars, their passing only noticed when we eventually open them and pour out their bones. Because not everybody gets to age like Helen Mirren, and wine is no different.

But such casualties are more than balanced out by the successes – those wines that enter the cellar packed with potential and emerge at intervals as increasingly complex and glorious variations on their original theme.

These are the thoughts occupying the mind while spending four days at the historic Magill headquarters of Penfolds, tasting virtually every significant wine Australia’s most famous winemaker has produced since the 1952 Helsinki Olympics.

Robb Report was invited to participate in the ‘Rewards of Patience’ tastings, an event last staged seven years ago; the purpose of which is to give a kind of ‘health-check’ on just about every significant wine Penfolds has made during the last 70 years. A small team of six wine writers from around the globe was assembled for the task and our collective tasting notes will be published in the eighth edition of The Rewards of Patience, due for release in 2020. 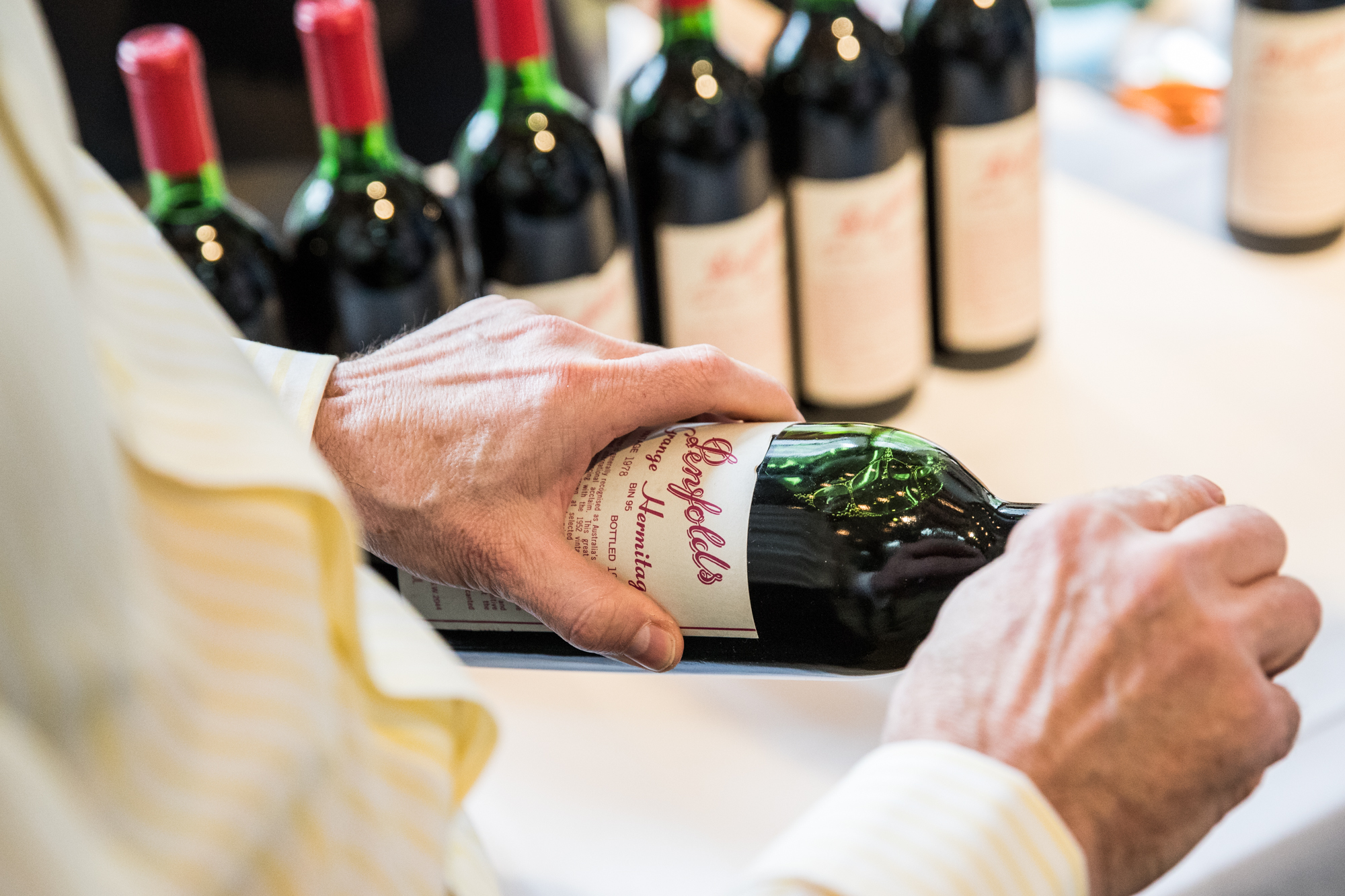 Over the course of four intensive days, we worked our way through retrospectives of every major Penfolds label, many stretching back to the days when Elizabeth II was still learning how to be Queen.

Trying to convince people that tasting wine constitutes work is a bit like trying to not only prove the existence of God but establish that She’s a giant dyslexic squid with a mean streak. Trying to convince anyone it can actually be really hard work is, suffice to say, even trickier.

Nonetheless, by the morning of the fourth day, I will admit that I was starting to feel a touch jaded.

But fortunately, Penfolds had saved the big guns until last, and the inspiration and motivation to push through to the end was easily and quickly found. It came in the first wine of that final day.

The 1952 Penfolds Grange was the first commercial release of Australia’s most famous wine. The 1951 was a small experiment, the 1952 the first definitive statement of the Grange style.

So that’s where we began tasting a line-up of Grange that will never be repeated. These wines might all be tasted individually again, sometimes even in little clusters or groups, but they will never be lined up and opened in this exhaustive order ever again,

Often, tasting old wines is an exercise in excuses and a man opening an old bottle is like the grave robber hoping the corpse has been buried with his watch. But this 1952 Grange was perfect, utterly harmonious, completely resolved and sitting on a pedestal from which it shows no sign of slipping.

The grapes that made it came from the Magill vineyard, now a fraction of its size after invasion from housing in the ’70s and ’80s, and the Honeypot Vineyard in Morphett Vale that no longer exists at all.

But here, a full 67 years later, the product of those old vineyards was still telling their stories, singing their songs
and evoking their spirits.

The man who made it is sadly long gone too, but the genius of Max Schubert flickered again that day.

The 1962 Bin 60A is a blend of Coonawarra cabernet sauvignon from the Block 20 vineyard and shiraz grown in Barossa dirt at Kalimna. 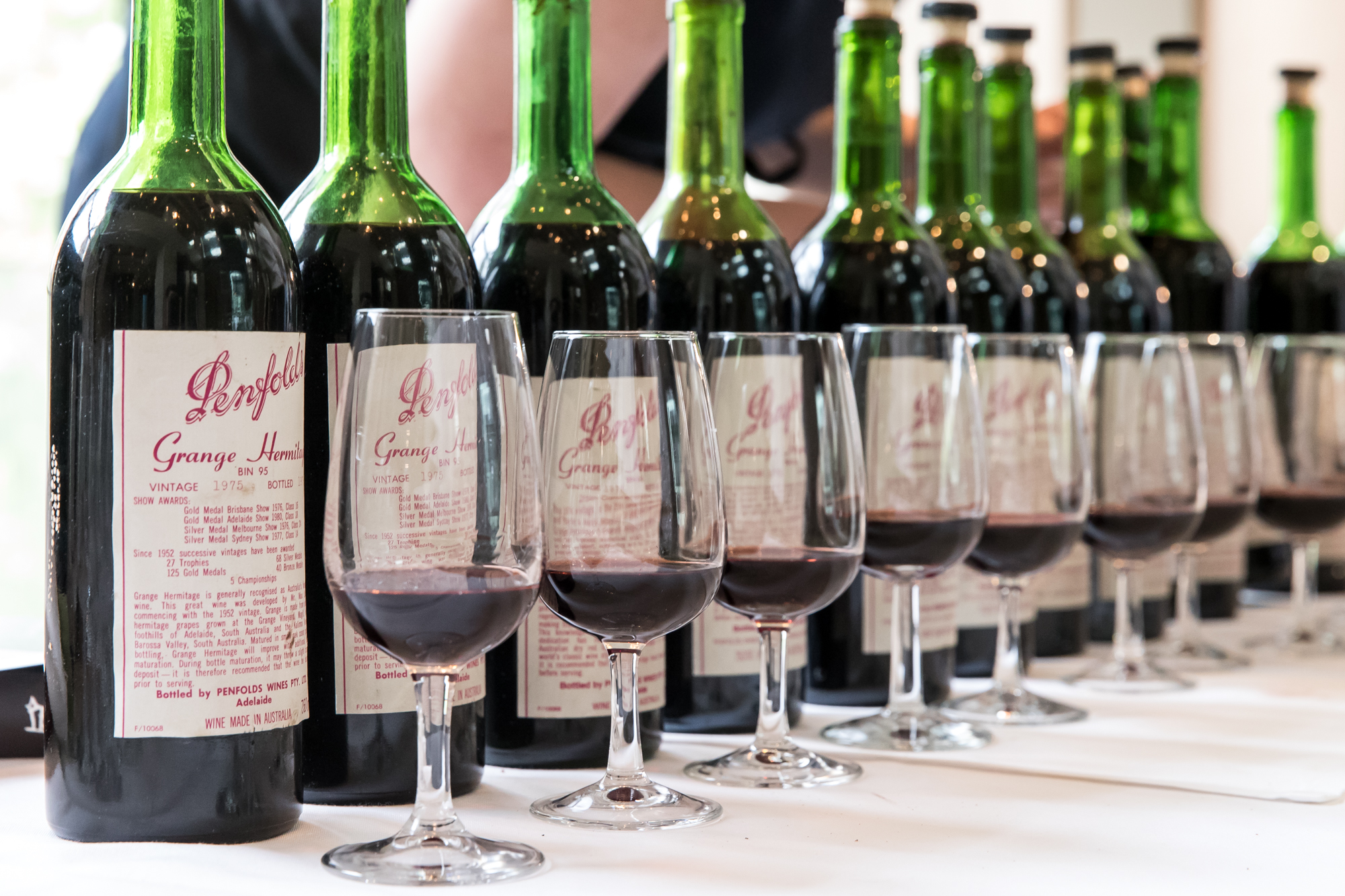 It is generally considered the single greatest wine ever made in this country – because it is. If a genie can actually be trapped in a bottle, then it’s spending an eternity in this one.

Look, if I could chain myself to the last remaining bottles in the Penfolds Museum for the rest of my days, being fed bread and water just to survive, I’d happily do so just for half a glass from the handful of bottles they have left.

And then, at dinner on the last night, we trapped a unicorn. The 1953 Grange cabernet, the only one of its kind ever made, the wine I’ve wanted to taste my entire working life. But in 25 years, I’ve never even laid eyes on a bottle.

Like the man who catches the eye of a stranger and knows instantly she’s his soulmate, but lets her walk off to never
be seen again, this was one fleeting encounter that will have to last a lifetime.

I somehow think it will.