An Icon At 70: Grange Hits A Landmark Age

In essence it’s just a wine. Grape juice given gravitas through fermentation. But really it’s so much more. It’s an ambassador, a storyteller, a seducer.

It’s a totem for the highest achievements, the anointer of a nation’s most special occasions. It can even topple the leaders of governments.

It’s 70 years this year since Penfolds produced the first vintage of a wine they chose to call Grange Hermitage.

The indifference—and in some cases, outright hostility—greeting that first release would eventually give way to widespread acclaim, first at home in Australia and eventually throughout the entire wine drinking world.

The story of how Grange grew from maligned wine to international icon begins with a man in possession of a packed suitcase and an open mind—a man by the name of Max Schubert.

In 1949, Schubert’s superiors at Penfolds sent him on a tour of Europe with the primary purpose of investigating the latest advances in the production of fortified wines in Portugal and Spain.

He worked a trip to France into the itinerary and it was here, among the chateaux and classified vineyards of Bordeaux which had long been the epicentre of vinous commerce, that a smouldering idea caught alight: if the great wines of Europe were famed for their ability to age, then why couldn’t an Australian be celebrated in the same way?

Schubert returned to Australia full of ideas on how to craft this Antipodean classic, ideas that quickly needed re-shaping to suit his circumstances.

While the wines of Bordeaux were built on the firm structural frames offered by cabernet sauvignon, the variety was relatively rare in Australia, and Max felt it incapable of producing the consistent high quality his project required. And so he turned to the more reliable shiraz.

Fermentation and maturation in small oak casks was a fundamental part of Schubert’s vision, but the French oak used in Bordeaux was a much scarcer commodity back home, so the more readily available American oak was used instead. These scarcities shaped the Grange style.

From the outset, Schubert had a clear idea of the winemaking required to make a wine with the kind of architecture that delivered longevity in the cellar. Fermentation would begin in large,
open concrete fermenters, lined with wax. Wooden boards would lie across them to keep the skins in constant contact with the juice and the wine would be regularly drained, cooled through a heat-exchange system and pumped back over the skins to maximise the extraction of colour, flavour and all-important tannins. The wine would then be racked to barrel to finish primary and malolactic fermentation and begin a long period of maturation.

Schubert first put his ideas to work with the 1951 vintage, having selected two vineyards he felt would deliver shiraz fruit of requisite intensity and structure.

One of these sites was the Honeypot vineyard south of Adelaide; the other was the estate block at Penfolds’ Magill headquarters, where rows of vines surrounded the small cottage Christopher Rawson Penfold and his wife Mary built upon arrival in the colony in 1884.

The wine would take its name from that cottage, The Grange, and Schubert decided that adding the name of the most prized site for shiraz in France—the steep vineyards rising up from the Rhône river on the hill of Hermitage—would appeal to the “toffs in Sydney”. 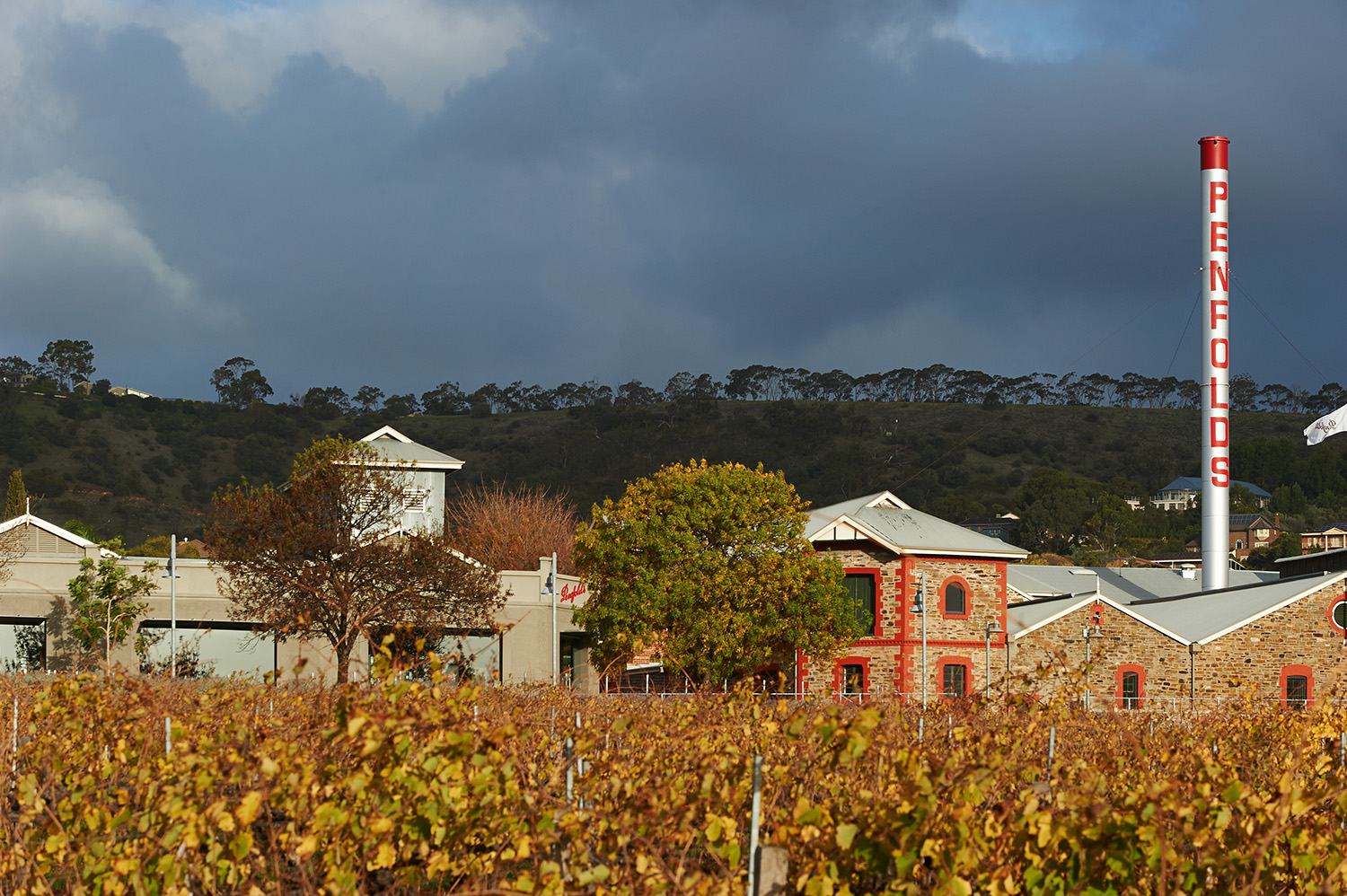 Five years after that experimental vintage, those Sydney Toffs, the Board and Management of Penfolds who ran the company like a military unit with themselves as the officer class, became increasingly concerned about the large cellar inventory of a wine that was still to hit the market.

Schubert was summoned to a tasting at head office in Sydney to present these wines, of which much had been heard but nothing yet seen. It was disastrous. The wine was panned by critics and Schubert went home full of doubt.

With the support of Jeffrey Penfold Hyland, a rare ally in the management hierarchy, Schubert ploughed on, pouring the wine for as many people as he could in Adelaide. The reaction was just as negative as it had been in the Harbour City.

Still, he never forgot the assessment of one prominent wine connoisseur: “Schubert, I congratulate you. A very good dry port, which no one in their right mind will buy, let alone drink.”

Just before the commencement of the 1957 vintage, the order came through from head office—Schubert was to cease production of Grange Hermitage immediately. The story of his quiet defiance to the directive is well known. With co-conspirator Jeffrey Penfold Hyland watching his back, Schubert carried on making the wine—albeit with more limited fruit resources and no new oak—for the next couple of vintages, not knowing if the wine, or he, had a future.

But then, with those first Granges starting to approach an age where the rawness of youth morphed into maturity, the wine began to change minds.

The 1955, perhaps the strongest of those early vintages, began to pick up a trickle of wine show awards. That trickle then became a flood and the wine earned a reputation as one of the greatest ever made in this country (in 2020, a Melbourne investor paid $103,555 for an early 1951 vintage). The legend of Grange was born. 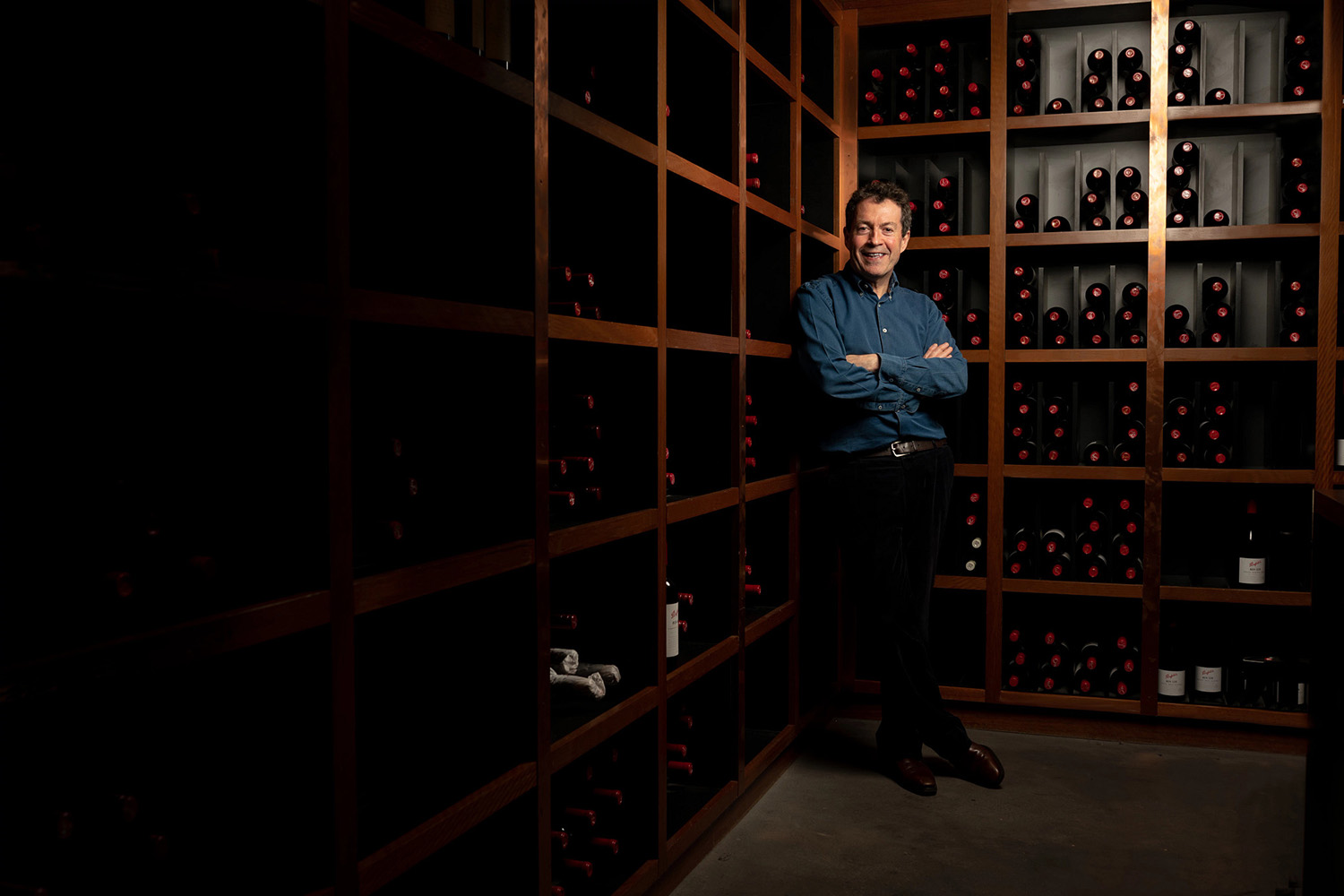 Only three other men have followed Schubert as custodians of the Grange legacy. Don Ditter, John Duval and, since 2002, Peter Gago. A calculation of the distance covered by Gago in the cause of proselytising Grange—the Hermitage was dropped from the label in deference to European Union demands with the 1990 vintage—would be measured in multiple trips to the moon.

He has been the closest observer of the wine’s rise from something considered special “back in Australia”, to an acclaimed member of global winemaking’s uber-elite.

Gago, now 64 years old, has poured eight vintages of Grange for 1,200 admirers in Las Vegas and shared rare vintages at the dining tables of the world’s biggest,  and often most secretive, collectors.

He drops household names at a rapid pace, not for ostentatious reasons—he’s known industry-wide for his humble character—but simply because he can’t carry them all. “But you probably can’t print that one,” he tells Robb Report with frustrating regularity. “A lot of these people don’t like too much public detail about what’s in their cellars.”

But among the members of royal families, heads of global corporations, movie stars and musicians that he regularly rubs shoulders with, some interesting—and surprising—names keep popping up.

Maynard Keenan, lead singer of heavy rock outfit Tool, is famously infatuated with Grange. In 2003, he dropped $70,000—that equates to a lot of Spotify streams these days—for an imperial bottle (six litres) of the 1998 vintage and worked several vintages alongside Gago when his touring schedule would allow.

Simply Red frontman and ’80s icon Mick Hucknall is a renowned collector, while Joe Cocker once pinned Gago against a backstage wall when the winemaker presented the mad-dog Englishman a glass. Not for the impertinence, but because Gago hadn’t offered earlier.

Dave Grohl of Foo Fighters and Nirvana fame has also enthusiastically transitioned from grunge to grange and, during some of his last trips before Covid-19 put the brakes on everything, Gago attended a wine-tasting seminar at an event in Nashville at the invitation of Kings of Leon (who he counts as personal friends), and presented a Grange masterclass at India’s first wine festival. Gago says it’s the way Grange continues to evolve without losing sight of its origins that explains its success.

“Grange is a tall poppy from a place that likes to cut them down, but it remains revered at home and respected around the world,” he says. “It’s a wine with a great history but it doesn’t live in the past—it evolves, it always remains contemporary, but it always remains true to style. I guess
it never loosens that anchor.”