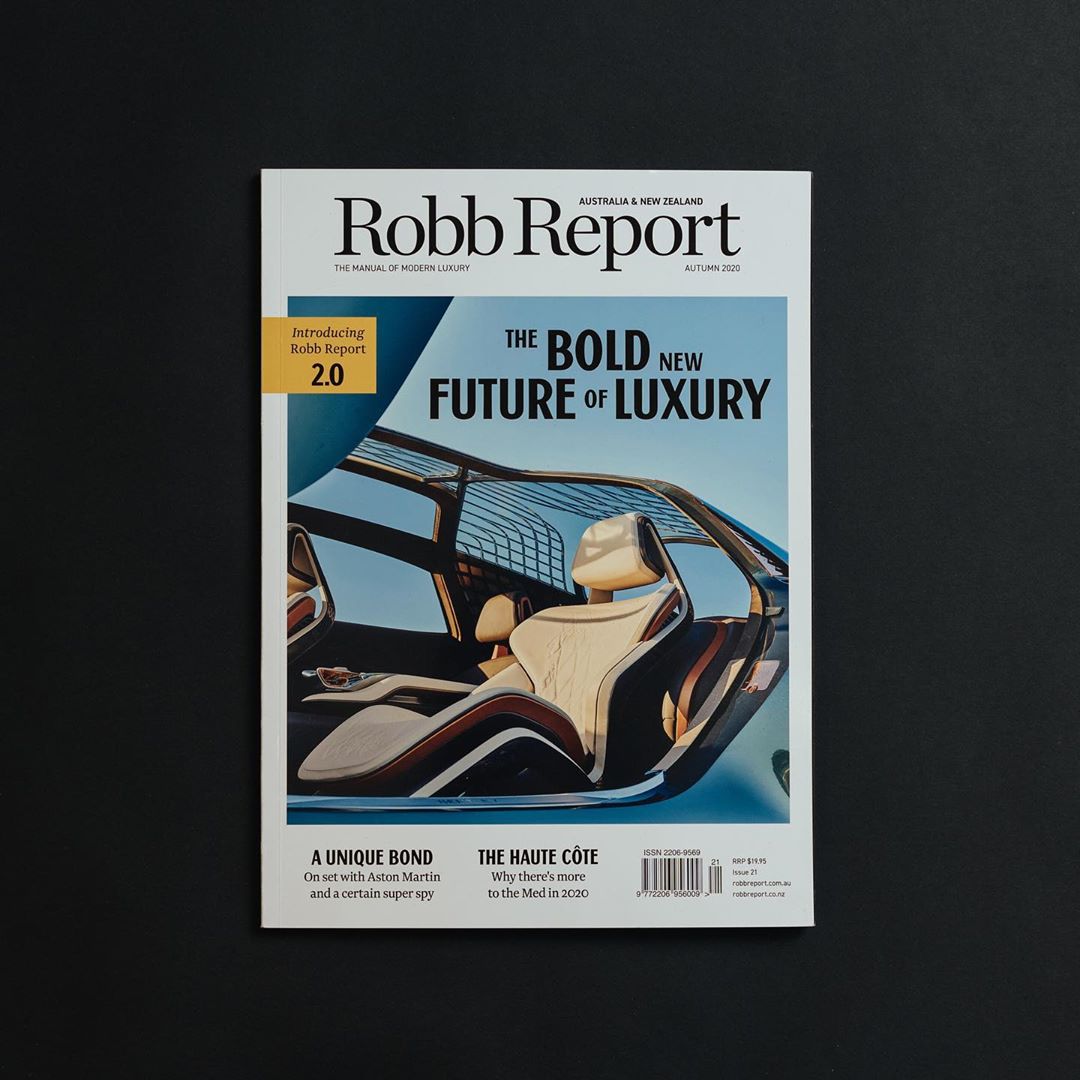 After several months of internal debate, audience feedback and engagement – today heralds the official unveiling of the redesigned new magazine, a bold and exciting new chapter for the award-winning luxury title.

“It’s been a while in development and we stand together, as a team, blanketed by collective excitement in delivering the lavish, new look title to our wonderful audience – and those we know are now set to discover the peerless world of the Robb Report,” said editor in chief Richard Clune.

Bolstered, new and redirected sections drive the new magazine – especially across areas of style, travel, tech and dining – as grafted to the country’s best automotive and horological content.

“This isn’t about replacing what went before – why would we as the market’s only award-winning luxury magazine brand? No, this is about the future and increasing audience engagement via a slate of expanded content initiatives that further prove Robb Report’s authoritative voice within both domestic and international luxury markets.”

The redesigned autumn issue explores the future of luxury in a time of change – from what that means in regards to necessary moves around sustainability, to the realistic future of the car. Elsewhere, chef Martin Benn speaks about opening the year’s most anticipated new restaurant in Melbourne, we deliver the ultimate luxury guide to Europe this (northern) summer, highlight the watch world’s most desirable ‘sleeper grails’ and listen to the future sounds of motoring, as crafted by an Oscar-winning composer.

Then there’s time on set with James Bond, Aston Martin’s two-wheeled moves, six-star sojourns in Thailand and Japan, the most covetable luxury items to land this autumn and much more.

The striking autumn issue of Robb Report, as redesigned by art director Giuseppe Santamaria, lands with subscribers this week and is available on newsstands from Monday March 16.

To sign up to an annual subscription of Robb Report Australia & New Zealand click here. To stay in touch with all the latest news click here.