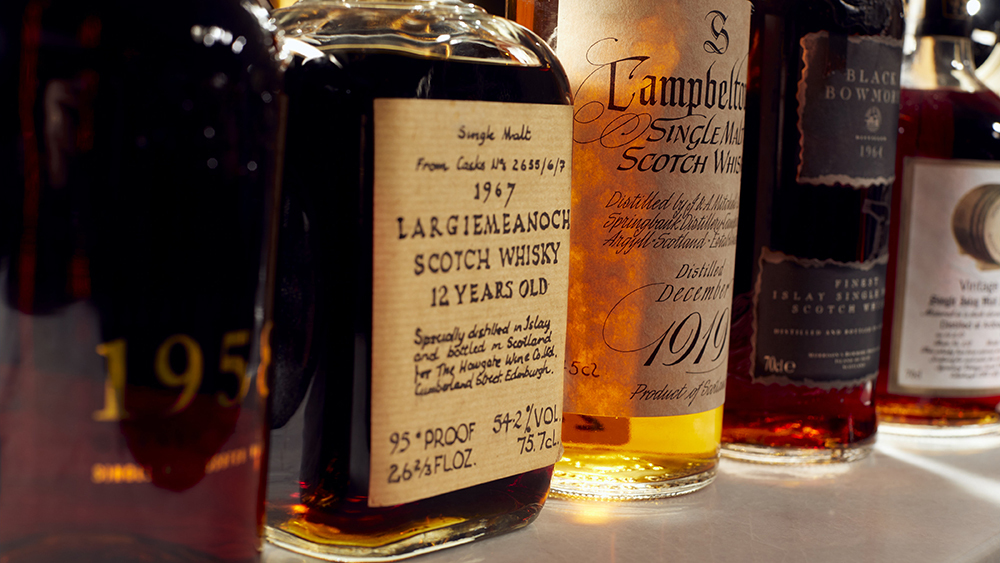 How To Buy a ‘Perfect’ Rare Whisky Collection At Auction

A $2.9 million bottle of Macallan stars on an enviable collection of Whisky.

Some collectors have a devotion to their chosen genre that verges on fanatical, something which compels them to amass personal troves worth more than their weight in gold. Richard Gooding spent decades collecting the world’s rarest and most complex whiskies—and some of the bottles he found are expected to fetch nearly $2.9 million when they go up for auction early next year.

For 20 years, Gooding, a successful businessman hailing from Colorado, hunted distilleries throughout Scotland and combed through exclusive auctions to build his collection, which came to comprise a staggering 3900 bottles by the time he died in 2014, according to Bloomberg. Whisky Auctioneer, the Scottish firm responsible for holding the auction, is estimating total sales to reach about $15.3 million.

This rare bottle of Macallan could come up trumps – Photo: Peter Dibdin

Nancy Gooding, Richard’s widow, said in a statement, “Richard’s mission was to collect a bottle that represented every single distillery.” Based on the selection at hand, it seems Gooding achieved his aim. His collection includes two rare Macallans, one of which bears a label created by Italian painter Valerio Adami. Only a dozen of these were made when the 60-year-old liquid they contain was bottled in 1986, which makes this bottle all the more valuable. “The amount of people who have even tasted this whisky are few and far between, so to have two of these unicorn bottles in one auction is very exciting,” Becky Paskin, a scotch consultant and writer, told Bloomberg.

But those aren’t the only gems making a strong show. The sale also includes many bottles from distilleries that ceased production years ago, operations often referred to as lost or ghost distilleries, one example being maker Dallas Dhu. These bottles are expected to gain a great deal of attention from aficionados. Gooding’s personal favourite distillery, Bowmore, is still in business—and one of its bottles from 1964 is expected to bring in anywhere from US$15,000 (A$21,000) to US$22,000 (A$32,000) all on its own.

Besides acting as a major attraction for fine spirits enthusiasts, this particular auction and other recent ones like it represent a coup for young, digitally-based companies against auction giants like Christie’s and Sotheby’s. Iain McClune founded Whisky Auctioneer a mere six years ago, but the site has already established itself as a reliable resource in the market.