The collection is the headline lot of Sotheby’s Hong Kong rare whisky and moutai sale.

An exceptionally rare collection of 1964 Black Bowmore single-malt whisky will go up for grabs early next week.

A complete five-bottle set of the Isle of Wray distillery’s legendary offering is the headline lot at Sotheby’s Hong Kong rare whisky and moutai sale this coming Monday, reports Barrons. The winning bidder won’t just walk away from the auction with one of the world’s most prized collections of whisky, though, as a beautiful bespoke cabinet constructed from pieces of the distillery is also included. 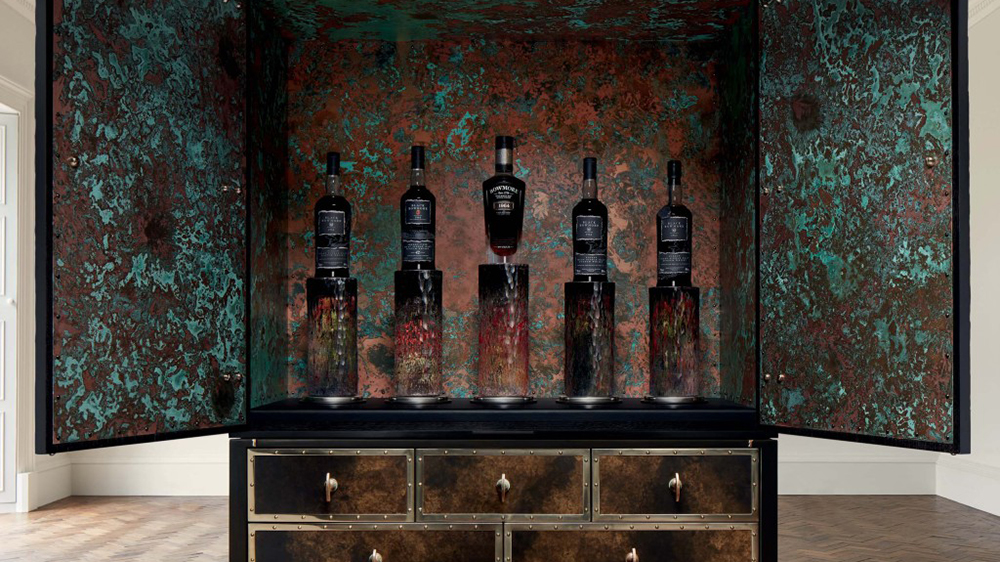 The complete set of 1964 Black Bowmore single-malt whisky in its bespoke case. Sotheby’s

Known for its combination of tropical fruit and peat, the single-malt whisky in the bottles was distilled in 1964 and aged in oak casks previously used to mature sweet Oloroso sherry. The first edition was released 29 years later in 1993, with two more editions following over the next two years. The third release was supposed to be the last, but in 2007 a 42-year-old edition was released, followed by one last batch of 159 bottles in 2016. To give you an idea of the regard the single-malt is held in, a bottle from the final cask sold for over approx. $96,000 in the spring of 2019, beating its pre-auction high estimate by 50 per cent.

But it’s not just the whiskey that’s noteworthy here: The archive cabinet is equally stunning. Built by furniture designer John Galvin, the bespoke wooden case features special hand-blown glass pillars for each bottle, as well as brass coasters, six handblown glasses and a water pitcher. It also includes several elements from the Bowmore distillery, like a 1924 original brass spirit safe and washback wood. 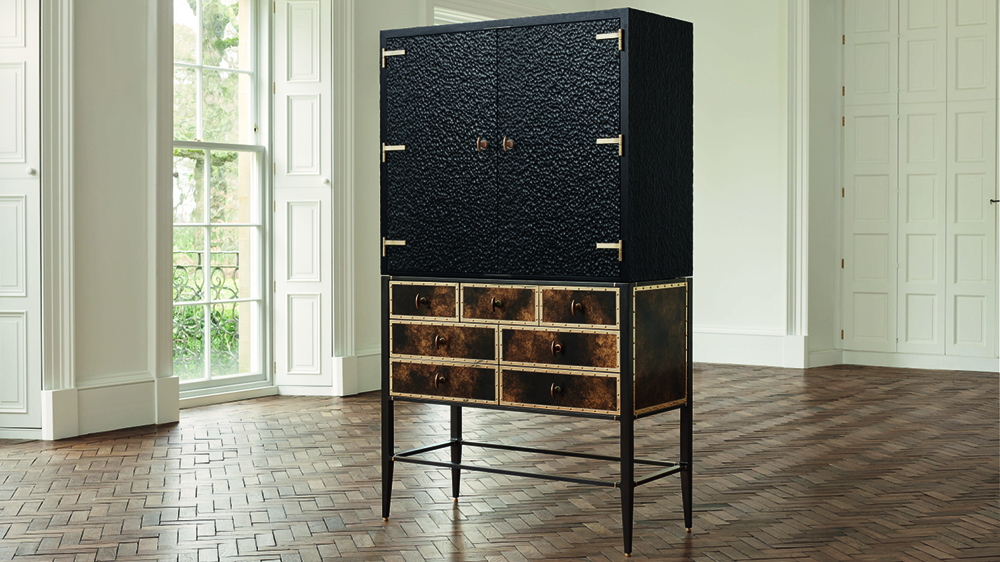 The live auction is set to start at noon Monday Hong Kong Time (or midnight Sunday in New York), though you can place a bid online now. The winning bidder will get the complete set of 1964 Black Bowmore single-malt whisky, the archival case and a private tour of the distillery by manager David Turner. Expect to spend big to win, though, as the lot is estimated to sell for somewhere between $400,000 and $820,000

Proceeds from the sale will be donated to a nonprofit based in the village of Bowmore that is focused on housing and job creation, according to the Barrons. This means the winning bidder won’t just get to enjoy some exceedingly rare whisky, they’ll also be helping the community it comes from.