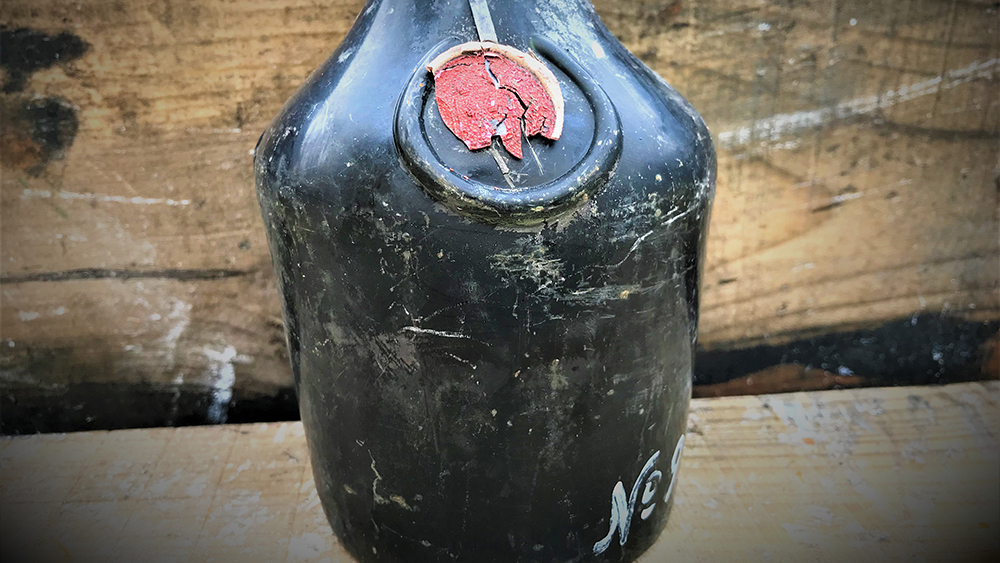 Scandinavian treasure hunters just discovered a trove that deserves a toast. The Swedish search and salvage company Ocean X Team has reportedly recovered hundreds of bottles of cognac from a ship in the Baltic Sea that sank way back in 1917.

The Swedish steamship—known as S.S. Kyros—was destroyed by a German U-boat during World War I on account of her “contraband” cargo. According to a release shared by OceanX Team, the ship came from France and was supposed to reach St. Petersburg after travelling through Sweden, but never made it that far. Fortunately, no one was killed in the attack and the crew was transferred to another ship and returned to Sweden.

At the time of her sinking, the tipple-packed ship was carrying 50 cases of De Haartman & Co. cognac and 15 cases Benedictine liqueur (this brand was created by monks 500 years ago and is now owned by Bacardi).

The shipwreck—which is located 76 metres under the surface in the international waters between Sweden and Finland—was first discovered in 1999. Several times since the discovery, divers and unmanned underwater vehicles (ROV’s) have accessed the heavily damaged S.S. Kyros as part of a search and salvage project that started some 20 years ago.

Last month, the Ocean X Team was finally able to salvage the century-old haul. Best of all: the cognac could still be drinkable. Editor-in-chief of the Alcohol Professor Amanda Schuster told the New York Times the drinkability would depend on many factors, like what type of cognac and liqueur is in the bottles, when exactly it was sealed and whether or not any ocean water or bacteria has found its way in.

Of course, even if the brandy has turned bad, it’s still a momentous discovery. “It’s not only a find of rare cognac and liqueur but also a part of the history of the former imperial Russia,” Ocean X Team wrote.

Indeed, in a YouTube video shared by Ocean X Team, an explorer shares that he also retrieved leather holster containing part of a German Luger pistol and a bullet. What German pistol was doing on a Swedish ship is a maritime mystery for another day.