Repose.
It’s a pompous word too often seen cluttering the social media feeds of confident posers.
And yet here, on a sunlicked winter’s day doing a damn fine impression of peak UK summer, it seems rather fitting.
Because the offer to repose, to forgo the busyness of most days and fall into a desirable foodie adventure served with impossible sides of Sydney Harbour is what Manly Pavilion does. And in spades.
Truth — we don’t often venture to this ‘side’ of Sydney and may well have even trotted out the line, ’Central Coast with parking meters’, in describing the northern enclave.
That was then. Today, good things abound — the once questionable northern beaches gathering place now abuzz with elevated and exciting offerings that prove a solid pull to escape the city and even pluck for some public transport across the water.
‘The Pav’ — not to be confused with the other ‘Pav’ that sits on another stretch of water to the east — is a left turn one makes on leaving the Manly wharf; the large Mediterranean/Balearic—inspired (read: white painted rendered brick, decorative ceramic tile insets, arched colonnades) and heritage listed building that frames the family-friendly Manly Cove. 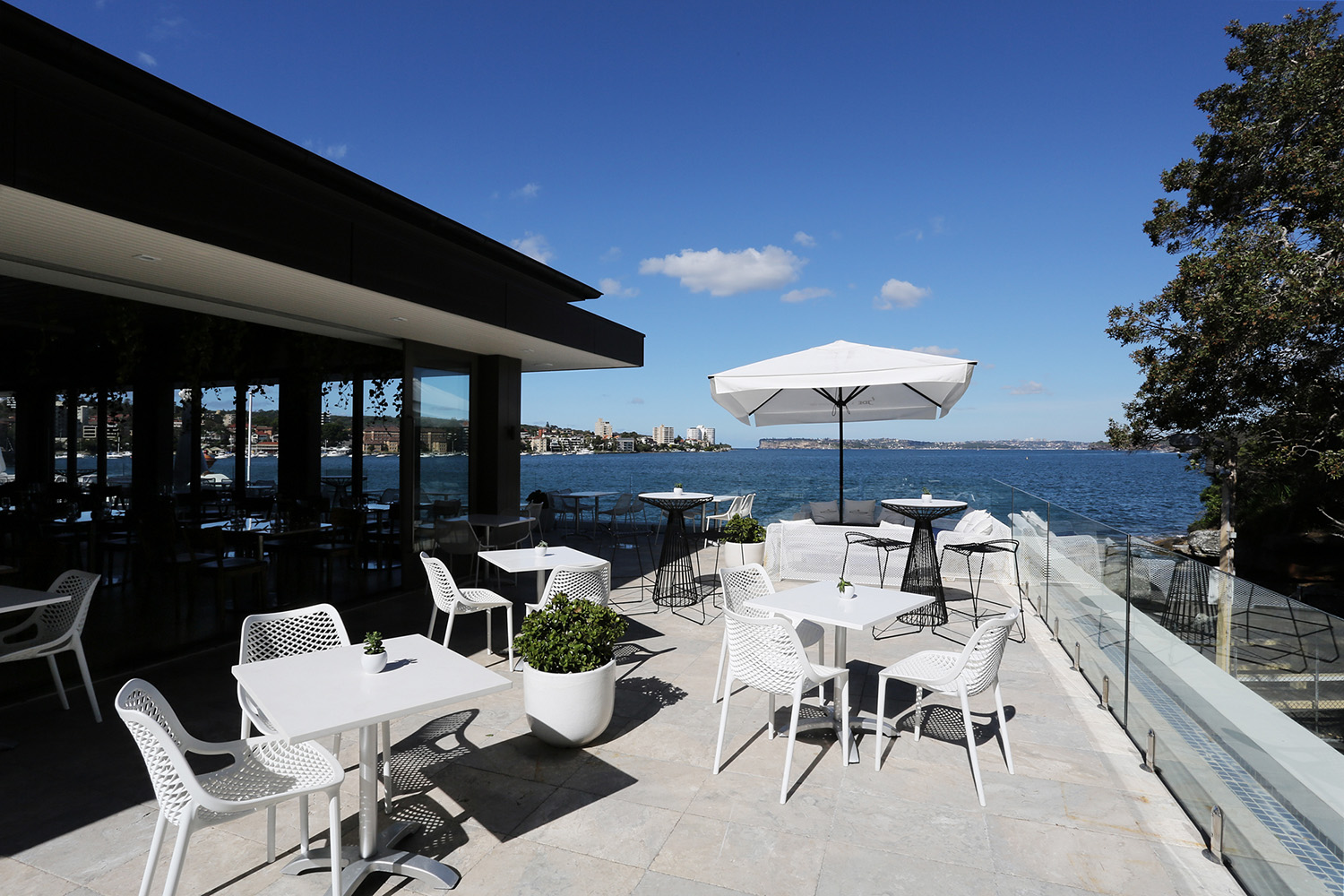 Up some stairs and a shuffle through a renovated and airy interior that opens to a large Harbourside terrace encased by glass and a smattering of umbrellas.
Being winter we opted for the roof down with sunglasses — immediately falling into what are impressive views that stretch due south to Watson’s Bay and also takes in all the heads – North, South, Dobroyd.
The feeling here is breezy and easy, a waterside diner that, unlike a few we can (sort of) spy in the distance, doesn’t hold an oversized ego — obvious in discussing menu items and wine lists with wait staff (each knowledgable and unpretentious) and in what’s presented on the plate.
It’s perhaps not surprising given former Hugo’s GM Adam Polly is now overseeing things at The Pav – sorry, The Bistro at The Manly Pavilion — and which extends to a new menu being plated by new(ish) Italian chef Manuel Bellanti.
Bellanti’s skill is in allowing natural flavours to come through as needed and gently elevating some via subtle accessory and only when called for.
In a nod to the surrounding ocean there’s a heady use of seafood — and so it was we chose an aquatic meander of the Italian’s cooking.
Entree scallops (six) came neatly seared and well accompanied by quinoa and fennel puree, the chargrilled octopus proving plump and welcomingly tender with the caper powder a nice touch.
With housemade pasta highlighted our server, the mouthful that is the seafood malloreddus (Sardinian gnocchi) was ordered and well received — tender pasta morsels with a generous presence of flavoursome mussels, prawns and fish, though the calamari seemed to be fighting a losing battle for attention. 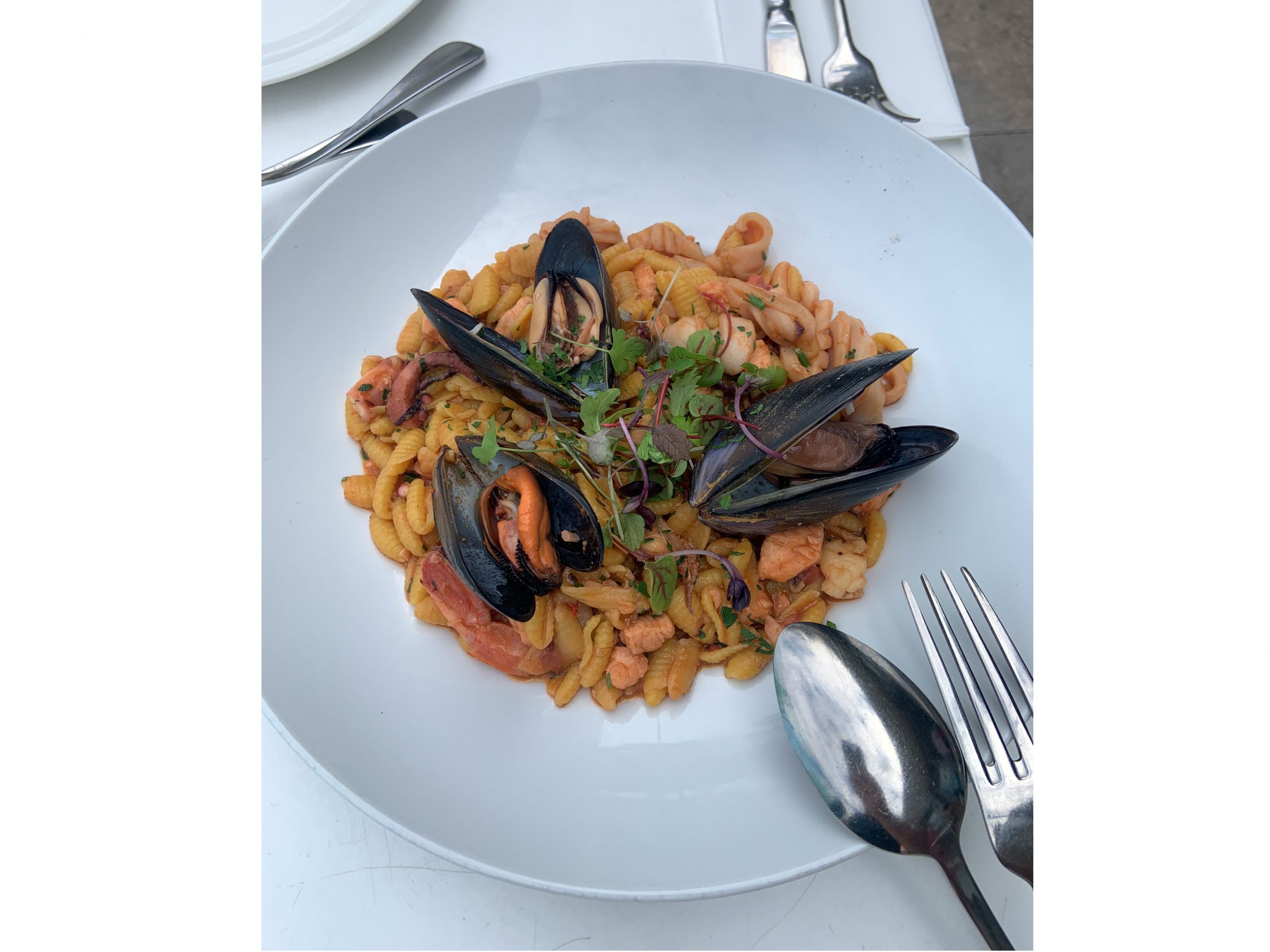 Across the table and the cold smoked salmon was a standout. Perfectly pan seared and with a salty skin with hints of rosemary elevating things — though hold the unnecessary pee puree.
A shared beetroot and goats cheese salad that read as simple was just that and also the perfect accompaniment.
While dessert we often skip in favour of a sticky (or three), we couldn’t go past what was a layered creme brûlée prettily plated with flowers and fruit.
While we didn’t indulge this time, we’ve also heard good things about the deconstructed pavlova, even if that just meant we had to use the word deconstructed in a food review in 2021.
Easy, unimposing and ultimately satisfying — come for the food, views and the chance to lay idle and, ahem, repose in the afternoon sun.
The Bistro at Manly Pavilion, West Esplanade, Manly NSW; manlypavilion.com.au/the-bistro/
ADVERTISE WITH US 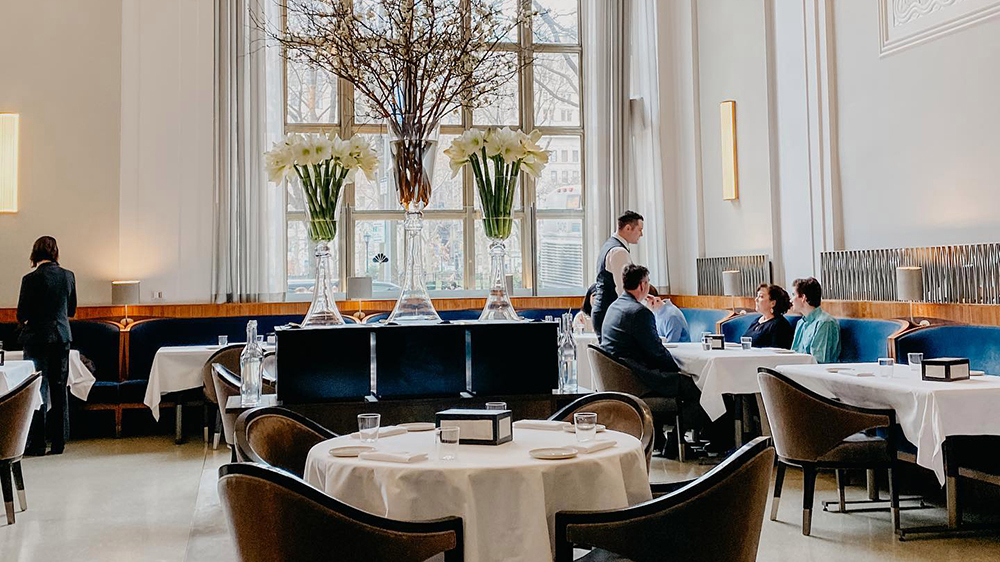 After closing the doors on the much-loved Sagra, Ward was quickly snapped up by Merivale to begin an exciting new chapter.

The much-loved Sydney diner returns to its original digs this October.