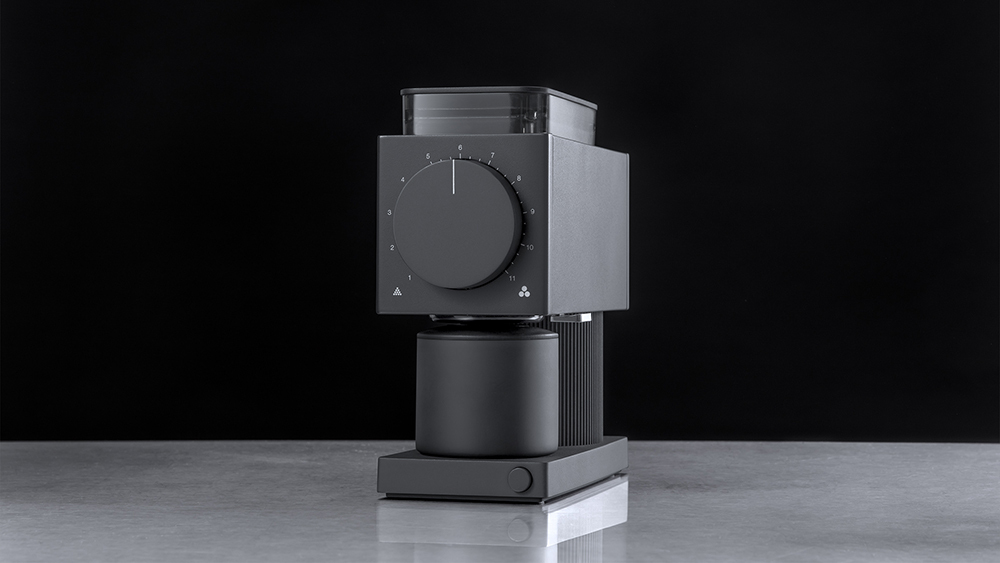 This Modern Sculpture is Also a $430 Coffee Grinder

Take your at-home brewing game to the next level with this new gadget.

There are almost as many ways to make coffee as there are people on Earth to drink it. There’s no shortage of preferences in this liquid realm where the minutiae of making a simple cup is studied with the intensity of astrophysics. The origin, temperature, viscosity and brew time all matter enormously to those needing their regular fix, but one of the most critical factors is the grind. Fellow‘s forthcoming grinder not only performs its key task with precision, it also manages to look like a modern sculpture in the process.

Created by Fellow, the Ode Brew Grinder is a phenomenal gift for the coffee-lover in your life. The device, available for pre-order from a fully-funded Kickstarter campaign has a geometric, charmingly blocky design that wouldn’t feel out of place in a modern museum.

Fellow was founded in 2013 by a group of self-described ‘nerds in love with coffee and obsessed with product design’ who wanted the aesthetics of the coffee-making experience to be just as strong as their beverage of choice. And Ode delivers.

Not only are its lines sleek, but the machine boasts a number of thoughtful design features, including a small hopper that forces the coffee maker to keep their beans in an appropriate container until grinding, so as to preserve freshness. There’s also an intuitive grind dial with 33 settings between cold-brew coarse and espresso fine, and a magnetically placed catcher that prevents any unnecessary debris from dusting your countertop. Grinders are also usually like small blenders in their ability to startle a household awake as they go to work early in the morning, but not Ode. The sound-amplifying hoppers of old were reconfigured and the usual gearbox was replaced by a streamlined motor, both of which reduce the noise output substantially.

Though it won’t ship for months––the current delivery estimates is set for August 2020––at US$299 (roughly $430) it makes for a stellar holiday present that doubles as a long-term investment for anyone who can’t live without his cup of joe.