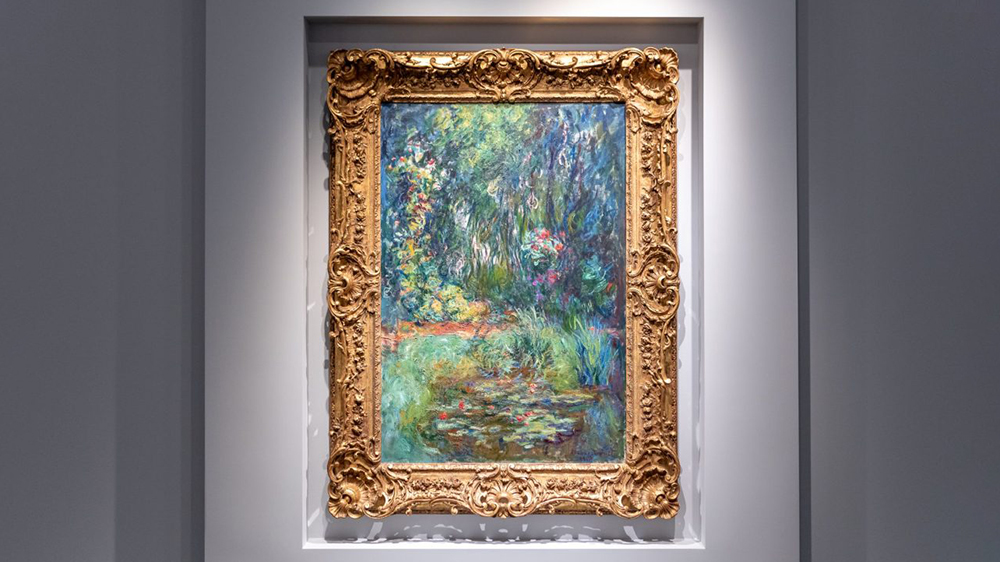 One of Claude Monet’s ‘Water Lilies’ Paintings Heads To Auction

Titled ‘Coin Le Bassin aux Nymphéas’, the work will be offered by Sotheby’s in a New York sale on November 16.

As the market for works by Claude Monet continues to see strong demand, Sotheby’s has unveiled a large-scale painting from the Impressionist’s famed “Water Lilies” series that it will auction later this month. That work, titled Coin Le Bassin aux Nymphéas (1918), will hit the block at a modern art evening sale in New York on November 16, where it is expected to fetch more than $53 million.

Monet completed the works during the last decade of his life. They draw inspiration from the artist’s garden in Giverny. Coin Le Bassin aux Nymphéas is part of a series of late-period works that have commanded top auction prices in the recent past. Another work from the series sold at Christie’s in 2008 for £40.9 million (approx. $75 million) from the estate of Indiana philanthropists Irwin and Xenia Miller. In 2018, a water lily painting from the collection of David Rockefeller sold at Christie’s for approx. $112 million. In May 2021, Sotheby’s sold Monet’s Le Bassin aux nymphéas for approx. $94.3. million. Topping out Monet’s market is an example from his series of haystack paintings, which was bought by German software mogul Hasso Plattner at Sotheby’s in May 2019 for approx. $147 million after 35 years in private hands.

This is not the first time the soon-to-be-auctioned Coin Le Bassin aux Nymphéas has appeared in a public sale. The American seller purchased the work 24 years ago, during a Christie’s Impressionist and modern art sale, for $9 million, where it was estimated at $5.3 million. The collector recently loaned it to a 2020 exhibition devoted to the French painter that travelled to the Denver Art Museum and the Museum Barberini in Potsdam, Germany.

This article was originally published by ArtNews.