It’s hard to believe it’s been over 30 years since Keith Haring left us. Yet the impact of his career continues to reverberate beyond the art world. Witness Disney and Swatch’s recent collaboration with the artist’s estate to produce a new series of Mickey Mouse timepieces, and Dr Martens’s release of a new collection of shoes embellished with Haring icons.

As for Haring’s art, most dealers and collectors would agree that it remains undervalued, especially when compared to his friends and colleagues Jean-Michel Basquiat and Andy Warhol.

Part of Haring’s enduring value is the life-affirming quality of his imagery, which brings something positive into our daily lives. This generosity of spirit informed his early “Subway Drawings,” which made the daily drudge of commuting just a little bit brighter.

What’s more, toward the end of his life, Haring grew to be very involved in the AIDS pandemic movement, often donating his work to related philanthropic causes.

However, all this notoriety came at a cost: Haring is one of the most forged artists of our time. His paintings and drawings are among the easiest to fake and hardest to authenticate. The reasons why are numerous.

Below are five telltale signs that the Haring you’re thinking of spending good money on may have an authentication issue. As always, when it comes to the world of art authentication, the rule of thumb is never to assume anything.

1. Always Look for a Continuous Line 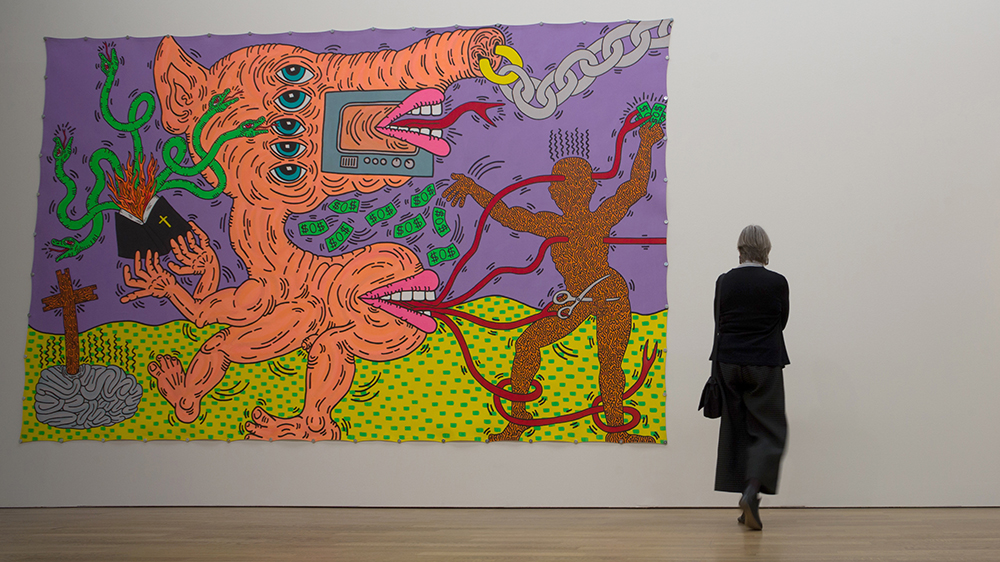 The genius of Haring is rooted in his draftsmanship. Most artists lay down a line in segments—but not Haring. He was blessed with the uncanny ability to draw his subject, whether simple or complex, with a continuous unbroken line.

This characteristic almost always thwarts counterfeiters when they attempt to reproduce his work. Always be on the lookout for paintings and drawings, reputed to be by Haring, with a hesitant line marked by fits and starts. 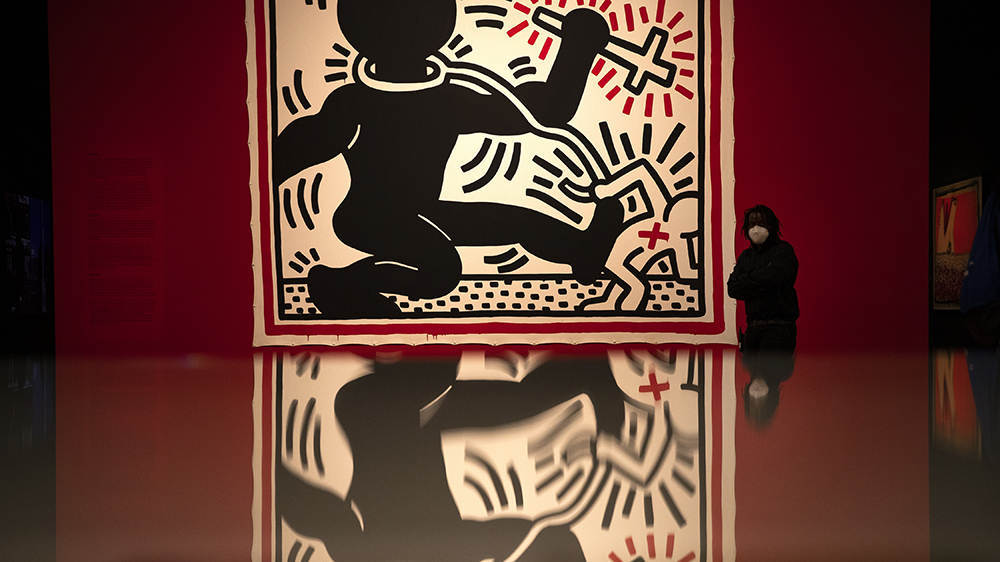 Many of the fake Haring drawings on the market tend to be of modest scale. Yet they often include signatures as a dominant element in the composition.

While Haring was never shy about signing his works, he did so in a way that never detracted from the main imagery. In other words, his name was there for all to see, but your eyes went to the subject first. Numerous forgeries are distinguished by signatures that catch your attention before you move on to the imagery.

3. Pay Attention to the Condition of the “Subway Drawings” 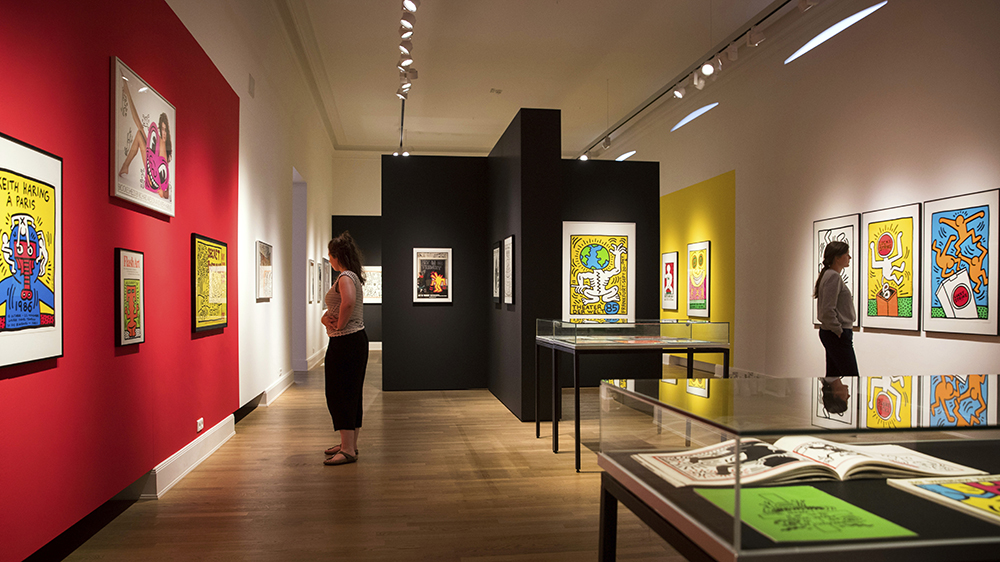 The exhibition ‘Keith Haring. Posters.’ at at the Museum for Art and Trade in Germany. Christian Charisius/AP

The problem is, fake examples are created with the same “weathered” qualities as those that are authentic. When a glued down “Subway Drawing” was quickly removed from its advertising panel, it often tore the edges of the black construction paper.

Be wary of those drawings where the tears are too symmetrical. Also, the backs of genuine “Subway Drawings” are generally covered with remnants of previous advertising posters, which are often layered. Forgers are on to this, and have figured out how to reproduce this effect. 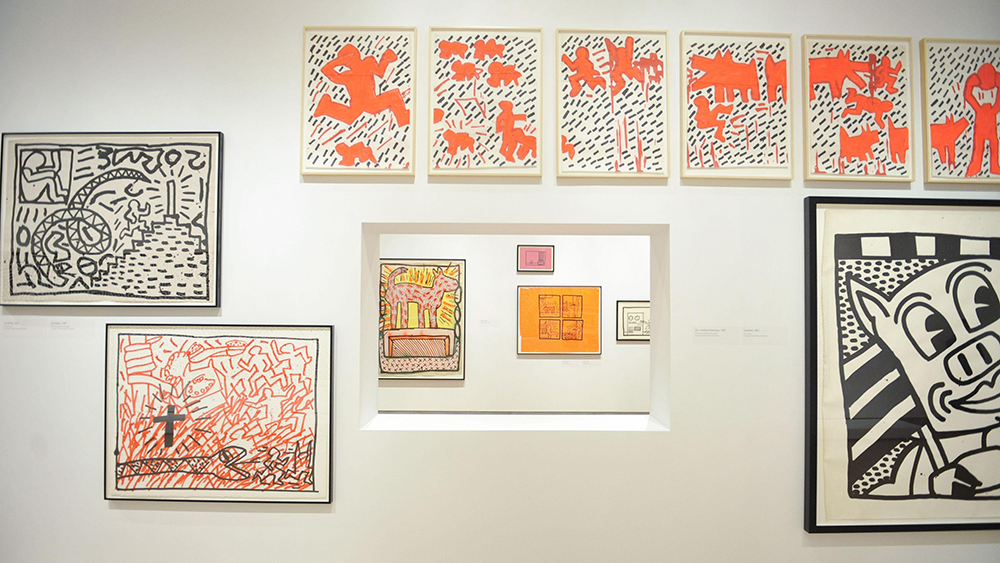 Just as golden crowns became closely associated with Jean-Michel Basquiat, so did crawling babies and barking dogs with Haring.

A plethora of the two icons appear on many Haring forgeries. Be particularly careful with objects—especially enamel street and subway signs, old wooden doors, orange-striped street barricades, and subway tiles—that feature one or both of these images. The same holds true for alleged quick sketch “gifts” on paper from the artist.

5. Watch Out for Gifts to Boyfriends 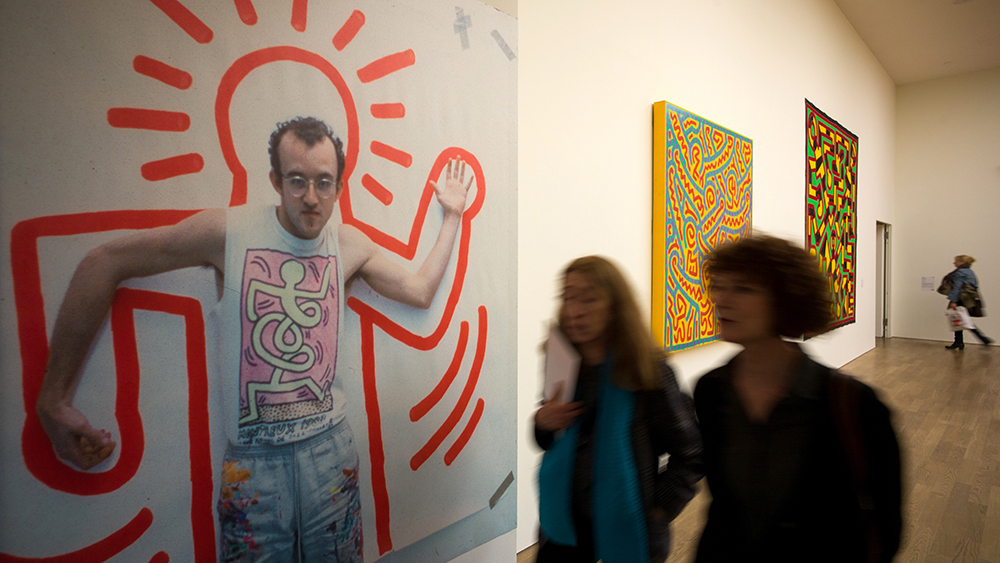 Speaking of gifts, perhaps the biggest problem with fake Harings lies within the realm of major and minor canvases, both stretched and unstretched, that come with extensive backstories about how Keith gave them to an old boyfriend.

They are usually accompanied by an elaborate provenance that’s hard to trace. One of the giveaways is that the boyfriend has usually passed away, making the story almost impossible to confirm.

When it comes to authenticating a questionable Haring painting, always make sure the provenance can be verified. (And be wary of signed “legal” declarations by the owner!)

This piece originally appeared on Artnews.com