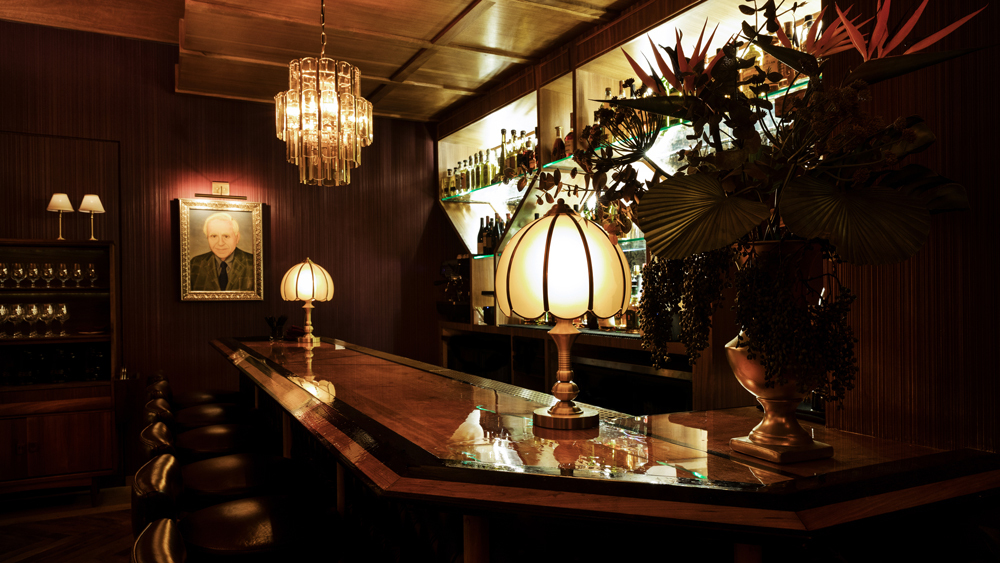 Walking into Mason is a shock to the eyes. Not because it has any outlandish décor or a strange layout. It’s just that after you’ve stood outside the restaurant’s subtly branded exterior, staring at the setting sun gleaming off the ocean on the other side of the Pacific Coast Highway, the darkness inside Mason is too much for your pupils to comprehend. Blinding light is replaced by the stark absence of it, producing a transporting effect. You’re no longer in California, but a dimly lit, clubby little space separate from the world you’re normally running in. That’s the point.

Across the country, restaurants featuring midcentury classic dishes like Mason does have proliferated. We’re in a golden era of red meat, Dover sole deboned tableside, wedge salads and creamed spinach. There’s The Grill and TAK Room in New York, Surf Club in Miami, Sara’s in Las Vegas, St Clair in Chicago, Selby’s in Silicon Valley and more. All of them offer a clubby atmosphere, but Mason is different in that there’s an actual club you can join.

Inspired by Rao’s in Harlem, John Terzian and Brian Toll have created a unique restaurant model for the City of Angels. The duo got their start in the hospitality business creating some of LA’s hottest clubs under their company H.Wood Group. Now they’re turning the volume down for something a little more intimate and definitely more exclusive. The six-seat bar and two tables are open to the public, but the rest is only for the select few. The tables in this little seaside restaurant have had standing reservations purchased. Want to make sure you have your favourite table every Wednesday? With a membership, it’s yours.

On a Friday night, not very long after Mason first opened its doors, the model seems to be working. Spread around the 50-seat restaurant’s 14 tables there are celebs and moguls relaxing, sometimes wandering between tables to chat for a moment before returning to their meals. The creator of an Emmy-winning sitcom occupies the room in back; tucked into one corner the assistant coach of an NBA champion team dines in the booth; and across from him there are Bitcoin entrepreneurs poring over their menus that are outfitted with little lights to combat the darkness.

On the menu they find comfort food. The luminaries dine on shrimp cocktail, steak tartare, Dover sole (of course) with beurre blanc and the whimsical pigs in a blanket. The food is executed well by chef de cuisine David Johns, but that’s not ultimately the point for Mason. Food is one element of Terzian and Toll setting the scene. You’re not there to sit agog all night with your dining companion to wonder if you can detect a hint of tarragon in the intensely composed tiny bite you just ate. Along with the food, the drinks, the decor, the curated clientele and the service are meant to not overtly challenge, but comfort. It’s a place for LA’s elite to gather in convivial environs that will put them the most at ease with each other. And in that respect, Mason is achieving its goal.

How Mason looks when the lights are turned up. Photo: courtesy Dylan+Jeni