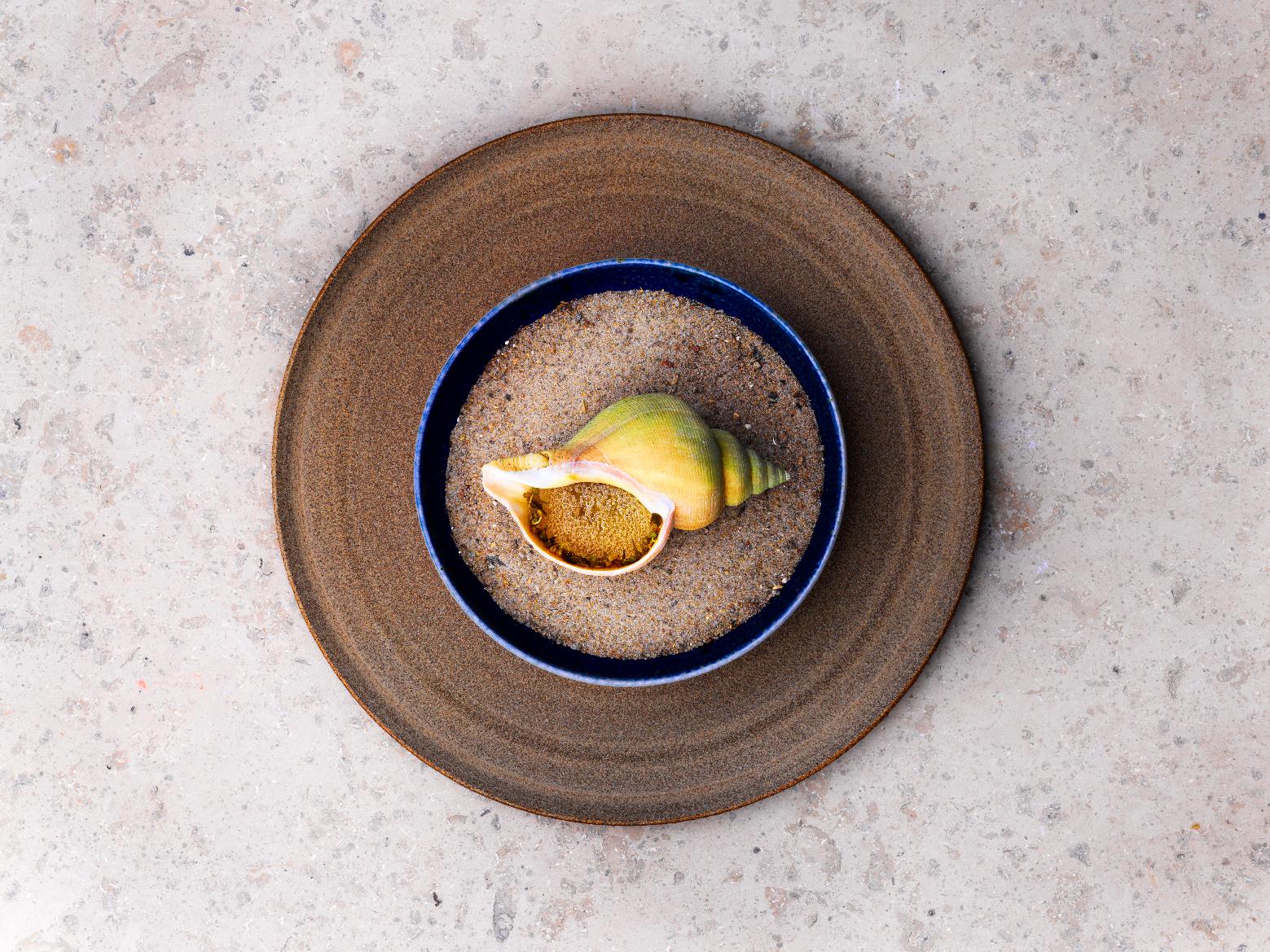 What’s so special about the world’s best restaurant?

We sit down to dinenr at Rene Redzepi’s Noma 2.0 in Copenhagen.

We’re about an hour into lunch and the table is piled with shells. Rusty russet brown, gleaming pistachio green, deepest midnight blue and rough steely grey, ribbed by ancient ocean tides, piped with chalk-creamy worm tubes, they’re as spiky, smooth or craggy as the Nordic seas and shores from which they were harvested.

It’s like some primitive beach feast, the flesh of countless colourful shellfish scooped with our hands or pearly razor clam shells. It’s a little bit primal, very delicious and a lot of fun. We’re at one of the world’s most acclaimed restaurants, reborn last February in a new home. The restaurant is Noma in Copenhagen – four times named number one on the annual World’s 50 Best Restaurants list and the brainchild of chef René Redzepi, one of the foremost culinary thinkers around. And if there’s any such thing as a perfect restaurant experience, this comes pretty close.

A waste recycling station is pumping columns of steam over the snowy grey water outside, part of the chain of harbours and waterways that winds through the Danish capital. We are on the edge of Christiania, the hippy-trippy anarchist-alternative squatter collective founded in the ’70s among military barracks, munitions sheds and the city’s ancient ramparts. “We’re part of Christiania here,” says Redzepi, Noma’s head chef and co-owner. “We have to take part in a community clean-up day next week.”

There are ramshackle elements – a muddy, boarded-up gravel path is the only entrance (no sign as yet) and there’s a bright graffiti splash on the low wall beyond the 16-seater private dining room. But the string of purpose-built buildings that makes up the new Noma is beautiful: all textured cement and pale woods, warm greys and blues. 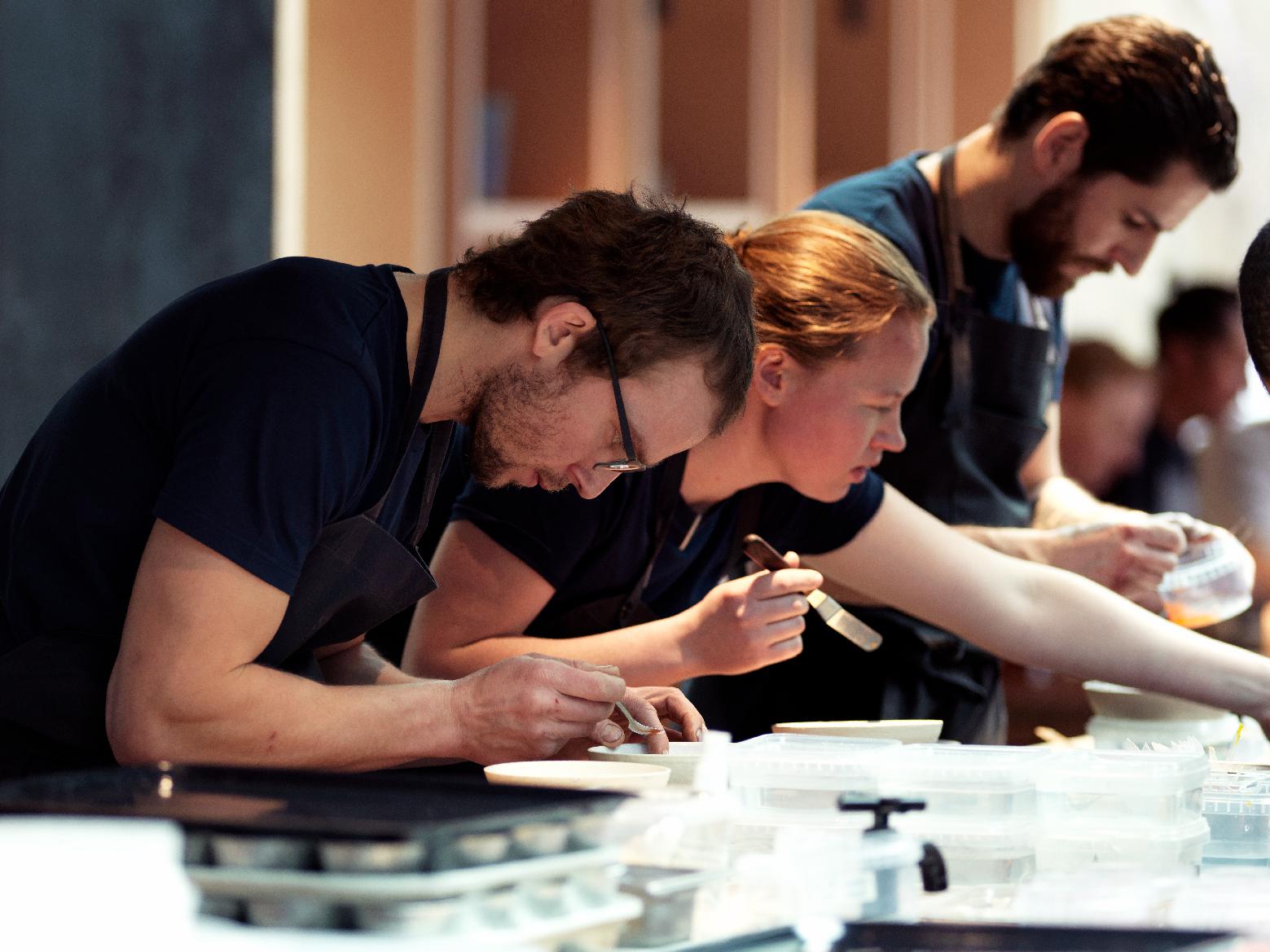 Glass ceiling inserts and window walls add an airy indoor-outdoor energy. Thick seaweed curtains, whole dried fish displayed like hunting trophies, even a shelf of burnished gold abalone shells (a souvenir of Noma Australia – a temporary ‘residency’ in Sydney in 2016) link with the wild world beyond, Noma’s inspiration. The original Noma, on another stretch of Copenhagen Harbour, closed in 2017 to allow for the expansion and re-boot now known as Noma 2.0.Conversational chefs and waiters carry us grainy ceramic plates, cunning covered dishes, twig mats and shallow bowls.

But gelatinous chunks of cod cheek with a sting of horseradish, ‘Danish curry’ powder (a surprisingy punchy spice blend) and a nutty, citric paste of local wood ants (a Noma signature, one might say) are simply raunchy, hands-dirty gluttony, swiped with charred ramson (wood garlic) strips. Each season has a strict theme. Season one (Nordic winter) is seafood. Even dessert is a playful mock mussel – with dark shells of leathery dried pear, around a kelp ice-cream filling.

What’s so perfect about this meal? Like the previous Noma, it’s full immersion into a parallel, almost primitive world of cool northern landscapes, muted colours and unexpected tastes. But there’s a robustness of flavour, a stark yet welcoming aesthetic, a cohesion and clarity of intent that brings everything together.

Everyone knows why they are here – from the chefs who greet you at the door to the person who hangs your coat. There is one single, careful thread that links decor to ambience to service to food, and the way it is presented. It’s a complete experience.

After more than two decades of writing about restaurants, I can think of maybe a dozen places that have done this for me. Remind me to tell you about those, too, some time.