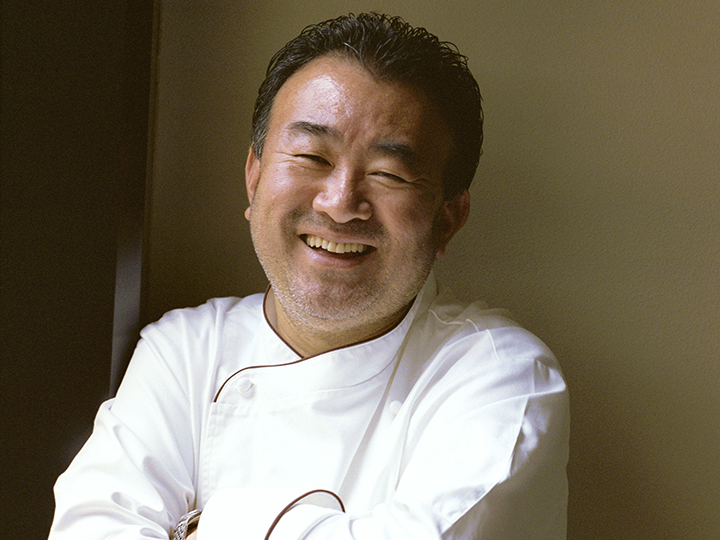 Revered Sydney restaurateur Tetsuya Wakuda has been award a rare and coveted two-star rating by the Michelin Guide of Singapore for his second restaurant, Waku Ghin.

The iconic Tetsuya’s, at the top of Sydney’s Kent Street, has for years been a must-visit destination for foodies keen to sample Wakuda’s delightful French-Asian degustation menu.

Now, visitors to Singapore should add Waku Ghin to their travel plans, after the authoritative Michelin Guide awarded the establishment one star in 2016, and last week bumped it up to the rarer two-star rating. In Singapore, only Joel Robouchon Restaurant with three Michelin stars now outpoints Wakuda’s establishment. Speaking to the Singapore Straits Times after the presentation last week, Wakuda humbly paid tribute to his Singapore-based team.

“This is extra special because this is my first restaurant overseas,” he said. “To get the one, and then this year two (stars), that is the dedication of my team. You know, it’s more this award is staff, my team – my team is everything. Happy diners, that is what is most important.”

The Singapore Michelin Guide presented one-star ratings to 11 eateries at the same ceremony. Waku Ghin (below) opened in the landmark Marina Bay Sand hotel in 2010. In 2015, it was listed at number 70 on the World’s 50 Best Restaurants list. Wakuda’s flagship property, Tetsuya’s, was established in 1989 in Rozelle and moved to its current location in Kent Street in 2000.
It was named Restaurant of the Year in 2008 by the Sydney Morning Herald Good Food Guide, and from 2005 to 2007 was listed in the top five by the annual listing of the World’s 50 Best Restaurants.