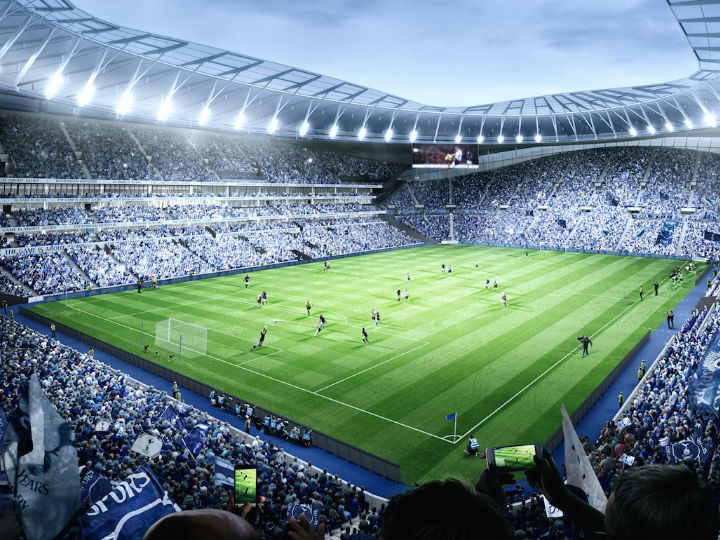 Why the development ushers in a new era not just for football, but for premium sport hospitality

With the basic structure now complete and glass exterior panels now clinging to its commanding exterior, Spurs fans driving around the North Circular are feeling more than a frisson of excitement, and not a little pride, as they glance to the side and see how their new home, the 62,000-seat development, is dominating the N17 cityscape.

And it’s more than just top-level sporting endeavour – NFL in the UK as well as football, thanks to a bafflingly ingenious retractable pitch – that will be played out behind those gleaming panels later this year. The luxury hospitality schemes now coming to fruition will surely see this new stadium supersede venues such as the O2 and Wembley when it comes to entertaining guests and clients. 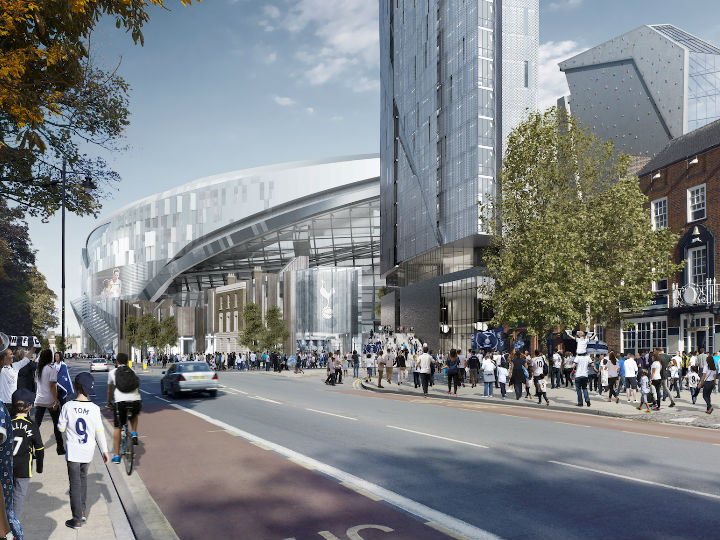 “Our ambition was to create a venue that would redefine the experience of football,” says Andy O’Sullivan, the stadium’s Venue Director. “With that in mind, club representatives travelled far and wide, not only gaining inspiration from the world’s leading sports stadia, but also premium hotels, restaurants and other entertainment industries. At our new stadium, On Four, located on level four of the venue, will offer a line-up of world-renowned chefs in one location, providing a level of choice never achieved at a sporting venue.”

In total, says O’Sullivan, six signature chefs with their hands on the tillers at a combined 18 restaurants around the world will provide matchday fare, with Bryn Williams’ traditional British approach and Dipna Anand’s authentic Indian cuisine lining up alongside classical French cuisines offered by the Roux family and Chris Galvin. The resulting offerings will, without doubt, be Michelin-calibre. 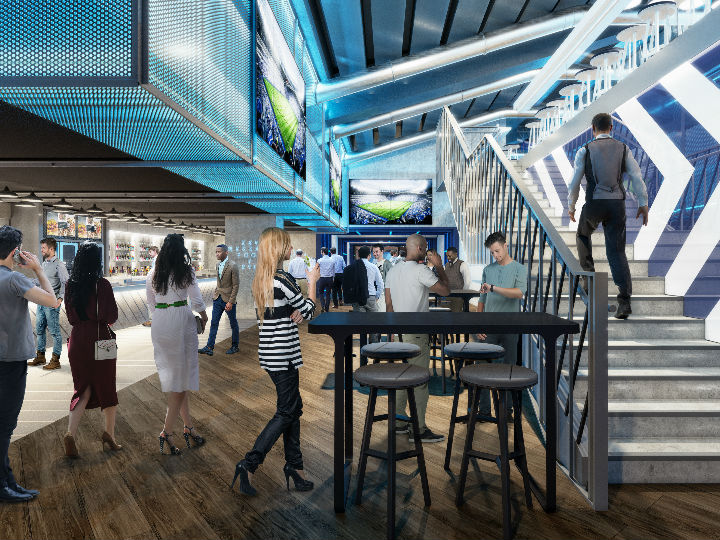 The flagship restaurant and lounge will be The H Club, situated on the halfway line, in which guests can mingle with club ambassadors and Spurs legends at The Players’ Table, or visit the Chef’s Table for a live theatre dining experience. A pre-match sommelier, private limousine service, a private members’ bar and access to the club concierge service are among The H Club’s other benefits.

Also available On Four will be Super Suites for up to 21 guests and Sideline Suites for up to 12. “These can be fully customised by an interior designer to reflect an individual’s or brand’s values,” says O’Sullivan. “Use of these suites will not just be confined to matchdays, with all the required technology available for these spaces to be used as a London work base on non-event days. Also, contemporary Loge Suites will feature for the first time in a UK stadium and are therefore proving extremely popular as they provide the intimacy of a private dining experience with access to a members’ lounge bar for networking.” 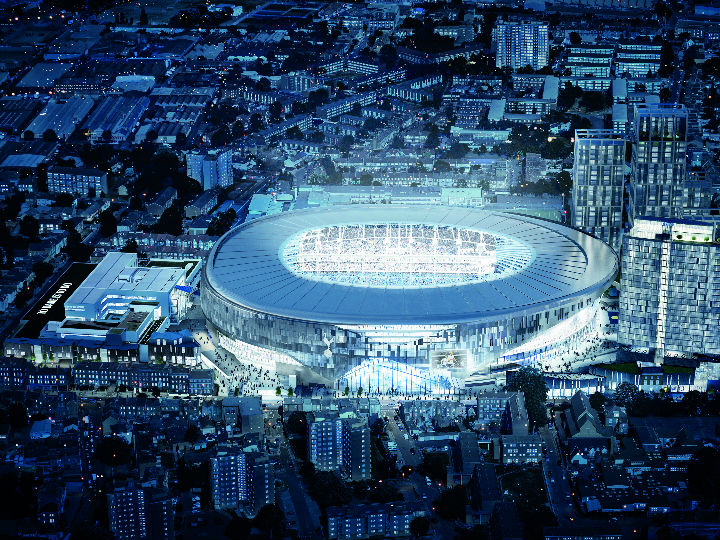 Of course, it’s all about the sport too, and O’Sullivan says that the match-day spectacle is set to be worthy of all the opulence, comfort and general ambrosial delights taking place around it the action. “The first purpose-built glass-walled Tunnel Club in the UK will allow guests to see the inner sanctum with a behind-the-scenes view of the players’ tunnel, while also enjoying the action from player-spec ‘Recaro-style’ seats located behind the First Team technical area. Meanwhile, on Level Nine of the stadium, the Sky Lounge will offer a relaxed and informal experience surrounded by panoramic views both within and outside the stadium.

“The angle of the stands is set at up to 35 degrees and this, combined with the close proximity, will optimise the atmosphere created, ensuring the Club maintains its tradition of having one of the most atmospheric homes in British sport. There are four giant HD screens, the largest in the UK, and a state-of-the-art sound system. This will ensure that we can deliver pre-match, half-time and post-match entertainment, highlights and replays to the highest possible standard. This level of detail and experience can’t necessarily be said for stadiums built 10-15 years ago.” 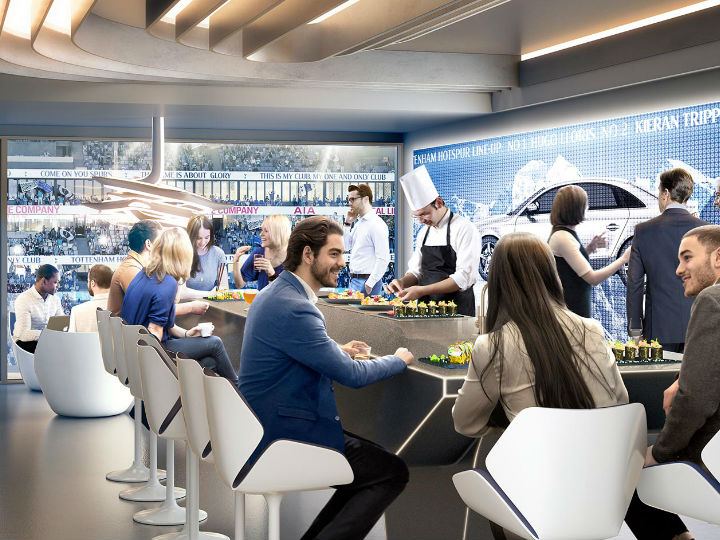 The whole project will also focus on the regeneration of a traditionally unprosperous pocket of North London. Visitor attractions – including a Skywalk, retail zones and first-class conference and banqueting centres – as well as homes and other uses planned for the site are expected to support a total of 3500 jobs in the area, and pump £293 million into the local economy each year.

It’s fair to say, all involved are excited – including club legends. “It’s going to be a fantastic and unique experience,” 1978 World Cup winner Ossie Ardiles tells Robb Report UK. “A big priority has been to retain the stadium’s atmosphere, and I know how important that is having visited stadiums all over the world. We can’t even imagine what that atmosphere’s going to be like whenever Spurs win a game there. Very special.”