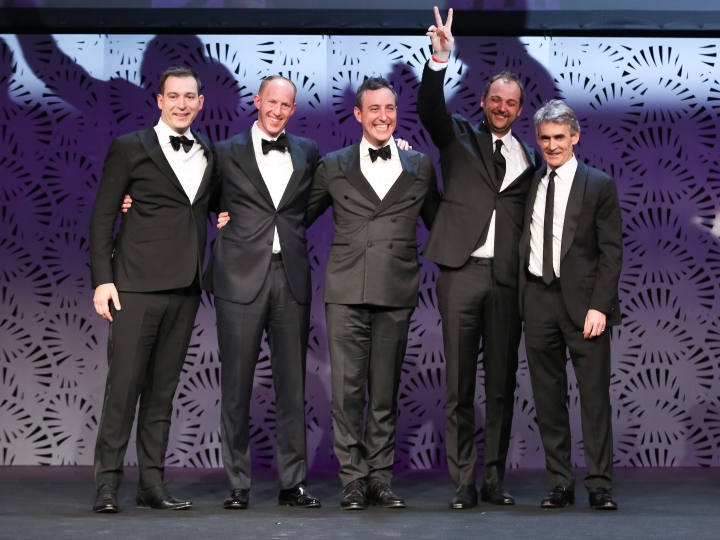 The victor has been a mainstay of the annual global competition since it arrived on the list in 2010.

Dually proclaimed the best restaurant in the world and the best in North America, Eleven Madison Park has been a mainstay of the annual global competition since it arrived on the list in 2010, ranked number 50. Co-owners Will Guidara and Swiss-born chef Daniel Humm both spoke passionately to an appreciative crowd at the Melbourne announcement. “All of us in this room, we’ve dedicated ourselves to creating experiences that we hope will become extraordinarily memorable moments in people’s lives,” Guidara said. “We get to create these magical worlds in a world that, increasingly, needs a little more magic. And that’s something we choose to do, because it’s something we believe in.”

Said Humm: “It’s an unbelievable time to be a chef. When I first started cooking 25 years ago, not in my wildest dreams I would have ever thought I would find myself in this position.” The New York restaurant managed to hold out last year’s victor, Italy’s Osteria Francescana, from the top spot, while Spanish restaurant El Celler De Can Roca rounded out the podium after also collecting the “Art of Hospitality” award.

The Lifetime Achievement Award was presented to English chef Heston Blumenthal, who said it was a “massive honour” to win the only award voted by his industry peers.

“This would never have happened without the team that I’ve got,” he said. “If I was to give one piece of advice to young chefs, it would be to question everything.”