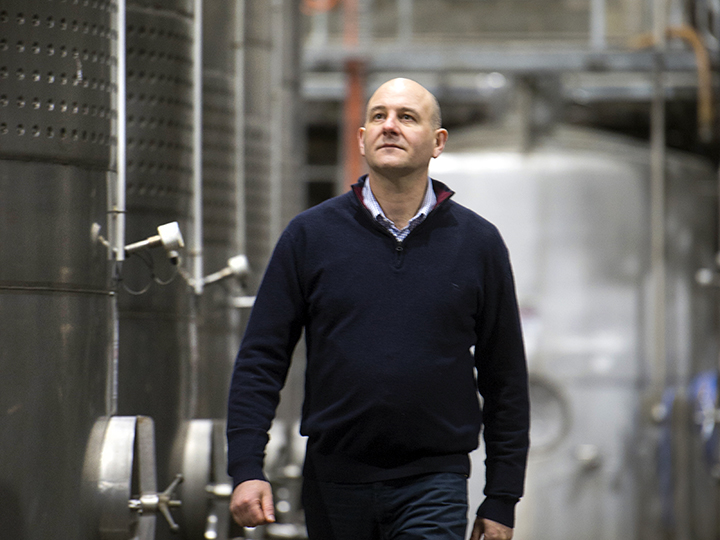 The winners from the Halliday Wine Companion Awards

The cream of the crop emerged from more than 10,000 wines tasted from 1200 Australian wineries.

The highest accolades at the Halliday Wine Companion Awards this year went to the formidable Henschke Hill of Grace 2012 (Wine of the Year and Best Shiraz) and Bleasdale Vineyards’ Paul Hotker (Winemaker of the Year, above).

The cream of the crop emerged from more than 10,000 wines tasted for the latest Halliday Wine Companion, an annual compendium of Australian wines that will hit newsstands in early September. It features more than 1200 wineries and around 6840 individual wine ratings.

Hotker, whose Bleasdale Vineyards is in the obscure Langhorne Creek area of South Australia, is considered a fast-rising star of Australian winemaking who has drawn comparisons to another famous son of Langhorne Creek, Wolf Blass. Seven Bleasdale wines scored 95 points or above in the 2017 edition of the Wine Companion.

Henschke’s Hill of Grace, derived from 152-year-old vines in the Eden Valley, once again proved it is one of Australia’s very best reds by backing up its Best Shiraz selection with the coveted Wine of the Year title. Victoria’s Yarra Valley made a strong showing with two of its wineries picking up top awards – Winery of the Year for Mount Mary, with four individual wines in the classic portfolio scoring 97 points or above, and Dark Horse of the Year for Boat O’Craigo, which also received a five-star rating for the first time in a credit to its influential winemaker, Rob Dolan.

While superstars of Australian winemaking including Leeuwin Estate, Yarra Yering and Henschke were rightfully lauded, in the comparatively obscure category of fortified wines, Seppeltsfield’s 100-Year-Old Para Liqueur quietly racked up a perfect score – 100 points out of 100 – for the second time in two years, the only wine in the award’s five-year history to do so. The Seppeltsfield Para, dating back to 1917, had the additional distinction of being the most expensive wine to receive a James Halliday gong, at $1500 a bottle.

James Halliday declared that “Australian wine is in a really good place now”. “I am really proud of this edition, my 12th, and love that Australia is returning to produce the classic varieties of chardonnay and shiraz, with pinot noir the rising star. All can confidently share the world stage,” he said. The award ceremony was sponsored by Qantas’s epiQure program, and the program chief Lisa Hudson paid tribute to the award’s namesake.
“James Halliday is a name that is synonymous with quality and that’s something Qantas epiQure is passionate about, so we’re proud to bring the two together to recognise the best in Australian wine,” she said.

“Our online community of wine and food lovers will delight in the opportunity to buy some of the awarded wines, including the Wine of the Year.”

• Wine of the Year (sponsored by Qantas epiQure): 2012 Henschke Hill of Grace

• Winery of the Year (sponsored by Wine Australia): Mount Mary